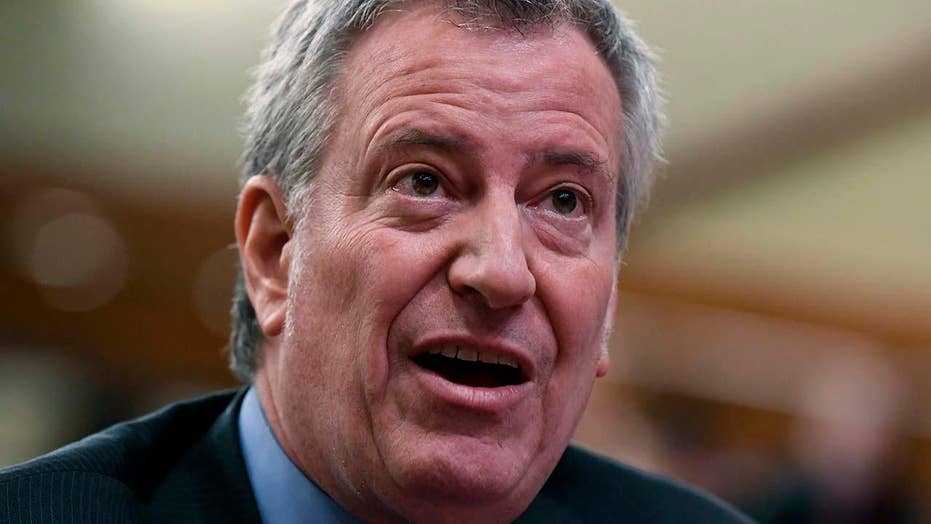 Journalist: Bill de Blasio's policies have attributed to a decline in public order

An NYPD vehicle driving New York City Mayor Bill de Blasio to an event in Harlem was going the wrong way at the time of a crash that's drawn recent controversy, a new report reveals.

A newly released accident report showed that Detective Edgar Robles was traveling in the wrong direction, with the siren and lights on, when the vehicle plowed into a truck that was making a legal turn, according to the New York Daily News.

The incident took place on Aug. 22, 2015, but details have surfaced only recently. In late April, it was reported that text messages related to the incident indicated that Howard Redmond, commanding officer of the mayor’s Executive Protection Unit, wanted details kept under wraps.

“As per CO [commanding officer] no one is to know about this,” Sgt. Jerry Ioveno reportedly texted to the unit’s other members, warning against mentioning it to other teams. He repeated, “No one is to know.”

Redmond was reportedly trying to avoid bad “optics” from the crash. De Blasio has taken a strong stance on traffic incidents, recently speaking out against bikes that travel the wrong way.

The news also comes amid speculation over a possible de Blasio presidential run in 2020. He is expected to formally announce his decision later this month.

The DMV did not have any report of the accident on file, even though reports are required for incidents where damage exceeds $1,000; the NYPD’s Chevy Tahoe was kept out of operation for two weeks.

NYPD spokesman Phillip Walzak denied that there was any cover-up of the accident.

“Far from a coverup, this in fact shows the exact opposite – the NYPD took this incident seriously,” Walzak told Fox News when the crash was first reported.

The mayor’s office told Fox News at the time, "We take every collision seriously and have total confidence in the NYPD to investigate each to the fullest."

Fox News has reached out to the mayor’s office for comment on the latest developments. A spokesperson from the NYPD told Fox News, "The use or emergency equipment in the NYPD vehicle used to transport the mayor is up to the judgment and discretion of the detectives and supervisors assigned to the security detail."