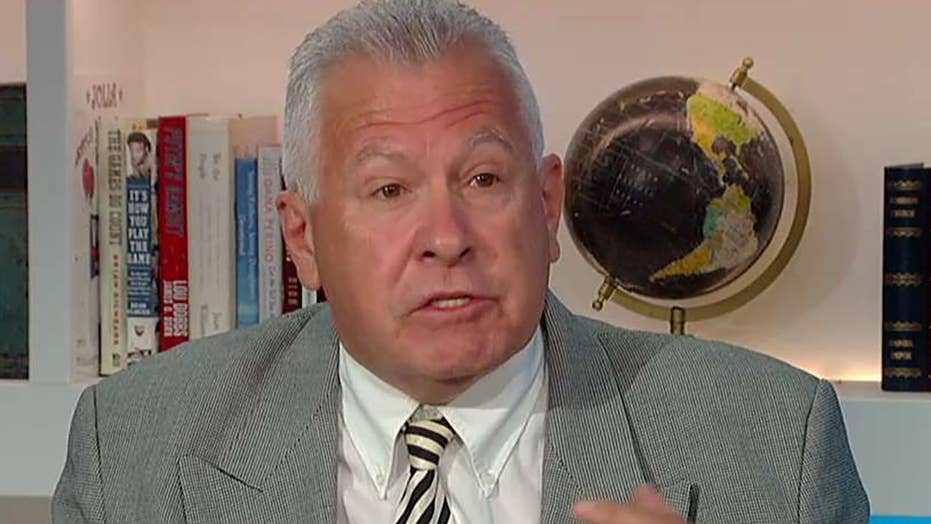 New York City Mayor Bill de Blasio’s bid for the presidency has been met with dismal poll numbers, and now even his own staff members appear to doubt his chances.

A New York Post report reveals some snark within the Democratic hopeful’s own office, as multiple aides were not taking their boss’ chances seriously.

“It’s a joke,” one employee said bluntly, positing that de Blasio is only running for attention. “I think that he knows that he can’t win. It’s just a lot of eye-rolling … He’s doing it because he’s got a big ego and needs to prove something, and I don’t think he’s going to quietly go away and become an adjunct professor at Hunter,” the staffer added, referring to a local college in Manhattan.

Another aide commented on how the mayor was busy on the campaign trail when the city fell victim to a massive blackout.

“The look is not great,” the aide said. “He probably should have come back a little faster.”

De Blasio eventually did make it back to New York City, and he defended himself against criticism for not rushing back immediately.

“When you are a chief executive it doesn’t matter where you are. You are in charge of your team and making sure people are executing the plan," he responded after MSNBC's Joe Scarborough mentioned the criticism.

The report also delved into claims that even when de Blasio is around, employees are stressed over their work environment.

One worker said de Blasio is “really not that nice of a guy,” and is “a difficult guy to work for.”

Another said that while he has never faced hostility from the mayor, he acknowledged, “He is intense.”

DE BLASIO CONTINUES FEUD WITH TRUMP, SAYS HE 'WILL NOT BE WELCOME BACK' IN NYC AFTER PRESIDENCY

De Blasio is not the only 2020 candidate who has faced such criticism. Sen. Amy Klobuchar, D-Minn., was accused of mistreating staff members. Klobuchar admitted that she was "tough," and vowed to "do better," but said she has high standards for her staff, just as she has "kept expectations for myself very high."

De Blasio's office responded to the Post's report, telling the newspaper, “The Post camped outside City Hall and called dozens of city workers and the best they could come up with was a story about a few eyerolls. That’s because City Hall continues to deliver for New Yorkers.” De Blasio’s office did not immediately respond to Fox News’ request for additional comment.