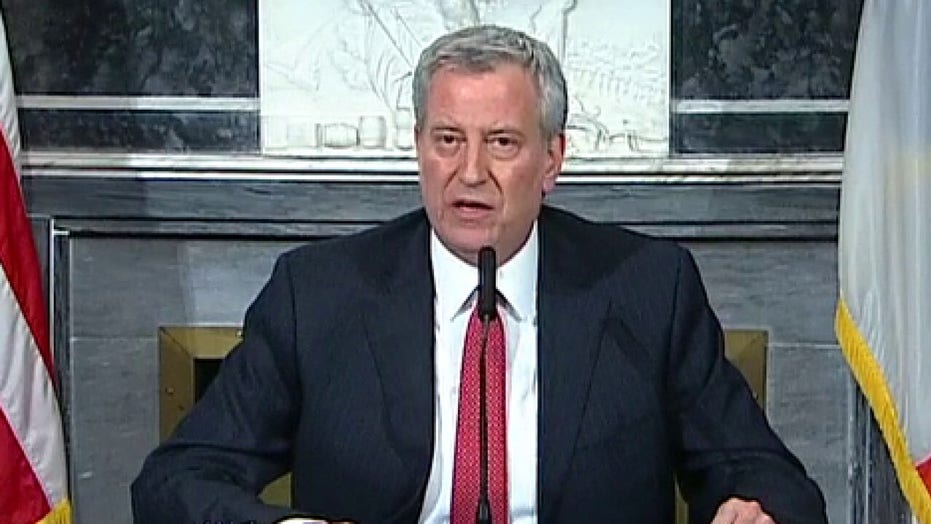 New York City Mayor Bill de Blasio had a grim prognosis for his city during the coronavirus outbreak and claimed Sunday that if President Trump does not do something soon, it will cost people their lives.

Roughly a third of call cases in the U.S. are in New York City, resulting in much of the city being shut down, with all nonessential workers being told to stay home. The mayor told NBC's "Meet the Press" that he does not expect the situation to improve any time soon.

“The truth is," de Blasio said, "It’s only getting worse.”

De Blasio lamented that Trump's inaction has hampered the city's ability to treat its large numbers of patients.

“The president of the United States is from New York City and he will not lift a finger to help his hometown,” he said. “I don’t get it.”

De Blasio said he asked for the military to be sent out and for Trump to use the Defense Production Act to be used to acquire ventilators for patients suffering from the illness.

“If the president doesn’t act, people will die who could have lived otherwise," de Blasio said.

President Trump tweeted Sunday morning, stating that he and his administration have been working with state leaders to address the crisis.

When asked specifically what he would like done, de Blasio said that “all military personnel who are medically trained should be sent to places where this crisis is deep -- like New York -- right now," claiming they are "the best logistical organization in the nation."

He blamed Trump for the military being kept on the sidelines.

"Why are they at their bases? Why are they not being allowed to serve? I guarantee you they're ready to serve, but the president has to give the order."

FEMA Administrator Pete Gaynor spoke to host Chuck Todd later in the program about the Defense Production Act, stating that "we haven't had to use it yet," but it remained a possibility.

This is breaking news. Please check back for updates.