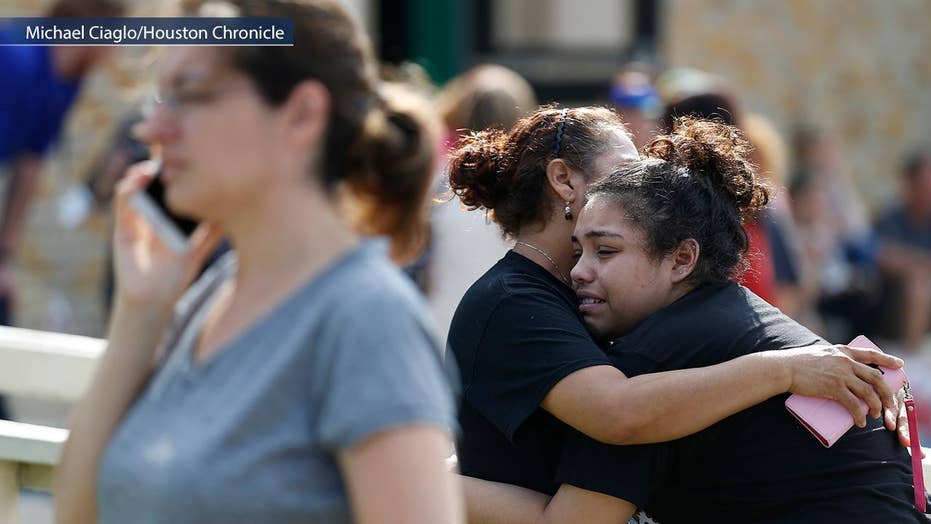 Hours after a gunman opened fire in a Texas high school classroom, killing at least 10 people, New York Gov. Andrew Cuomo took to Twitter demanding President Trump "DO SOMETHING." After listing seven mass shootings in a tweet to Trump, Cuomo, a Democrat, then drafted a letter.

The May 18 "open letter" calls on Trump, the House of Representatives and the Senate to take action.

"When is enough enough?" Cuomo asks. "How many more innocent people have to die before you act?"

Cuomo, who boasted about his "F" rating from the National Rifle Association (NRA), told the politicians to put their country first.

"You were elected to lead - do something. Your first responsibility is to the people of this country, not the NRA - do something," Cuomo repeated. "My heart breaks for the families who have to grieve from this needless violence - DO SOMETHING."

The letter, signed by Cuomo — who dubbed himself the "father of Cara, Mariah and Michaela, taxpayer, Governor of New York, NRA 'F' Rated Elected Official" — garnered more than 665 retweets by Friday evening and received dozens of fiery replies.

Several Twitter users lectured Cuomo for allegedly not offering any solutions himself, while others told him he should instead focus on New York's issues.

"This isn't about you, it's like you can't help yourself. You were elected to help NYS, so NYers should be your priority. Sincerely, an ACTUAL taxpayer of NYS, commuter (when the trains work) and NRA member," one Twitter user replied.

"Why don't YOU do something in the State of NY that is so terrific that the rest of the States in the USA will follow? IT IS TIME FOR YOU TO LEAD!" another added.

"Oh, like NYC is a crimeless utopia. Governor, DO SOMETHING," another demanded.

Some people suggested Cuomo was "politicizing" the tragedy in order to boost his own popularity among voters — with at least one user calling it his "2020 audition."

TEXAS SCHOOL SHOOTING SPARKS REACTION FROM TRUMP, OTHER LAWMAKERS: 'THIS HAS TO STOP'

"Nice to politicize a tragedy. So while we’re going there, who were the presidents during all of these shootings?" one person asked.

"Really? You're using this horrible massacre for your campaign? NRA F rated could have been left out of this tweet," another added.

"Andy, STOP making it so obvious that you are running for Prez in 2020 with your 'new found voice' on Twitter!" a Twitter user added.

"Nice to politicize a tragedy. So while we’re going there, who were the presidents during all of these shootings?"

In particular, many users took issue with Cuomo labeling himself a "taxpayer."

"You are a Taxpayer rated F official as well," one user commented.

"Taxpayer? Tax Spender Extraordinaire is more like it," another jabbed.

However, a handful of people did offer Cuomo some support, echoing his comments to Trump and other lawmakers.

"I agree, Congress is failing our children," one man responded.

Trump spoke with Texas Gov. Greg Abbott Friday afternoon to "offer his condolences for those affected by the shooting at Santa Fe High School," an official told Fox News. He later addressed the nation, asking government officials to work together to prevent similar tragedies.

“My administration is determined to do everything in our power to protect our students, secure our schools and to keep weapons out of the hands of those who pose a threat to themselves and to others," Trump said. "Everyone must work together at every level of government to keep our children safe."

Trump announced in late March that the administration would ban bump stocks and “all devices” that turn otherwise legal weapons into “illegal machine guns,” keeping a promise made amid a bipartisan gun control debate just weeks after 17 students were gunned down at Marjory Stoneman Douglas High School in Parkland, Florida.