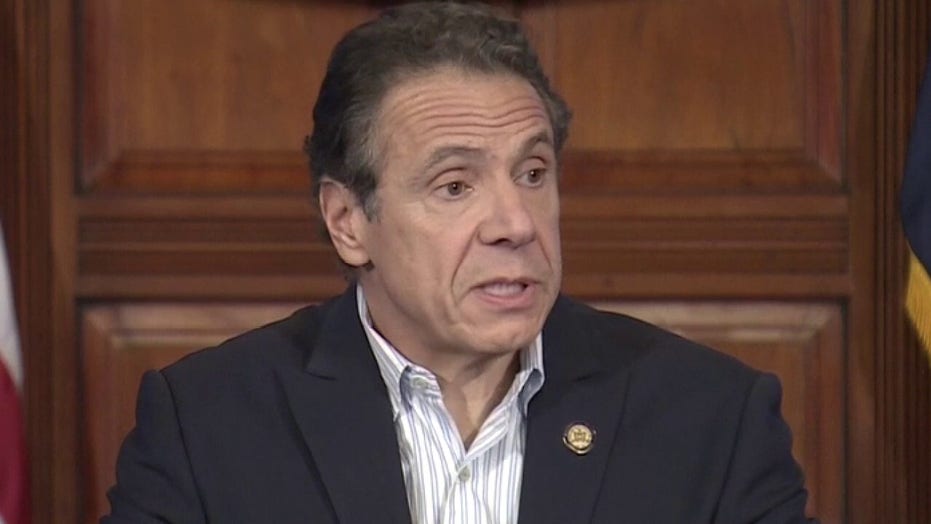 New York Gov. Cuomo: Hospitalizations are doubling every 6 days, down from 4 days

New York Gov. Andrew Cuomo’s poll numbers are soaring as he takes center stage in the response to the coronavirus pandemic.

TRUMP SAYS CUOMO WOULD BE BETTER CANDIDATE THAN BIDEN

New York has become the country’s epicenter of the coronavirus outbreak, which has swept the globe. According to the state’s department of health, New York had nearly 60,000 cases of COVID-19 – the disease spread by the coronavirus – as of Sunday afternoon.

Cuomo’s daily news conferences – in which he projects a steady tone mixed with a healthy dose of empathy and personal stories – have been televised on a daily basis live on all three major cable news networks, giving the three-term Democratic governor plenty of national and international attention.

The governor’s efforts dealing with the coronavirus outbreak have also boosted his overall approval rating, which jumped 27 percentage points in just a month to 71 percent, his highest level since 2013 in Siena polling.

Cuomo’s tangled with President Trump a couple of times the past few weeks, particularly over his urgent requests for the federal government to supply more ventilators to those desperately in need of the lifesaving machines that help severe coronavirus patients breath.

Trump’s approval rating on the job he’s doing handling the federal response to the pandemic stood at just 41 percent among New Yorkers.

Cuomo’s media blitz comes as former Vice President Joe Biden – the all-but-certain Democratic presidential nominee – struggles to increase his media footprint that was instantly erased as the coronavirus outbreak wiped the White House race from the headlines and froze the Democratic nomination battle in place. Without any formal current role in government, Biden has no direct role in combating the crisis and has been overshadowed both by Trump’s daily briefings as well as Cuomo’s media rise the past two weeks.

Cuomo’s soaring national media profile has some suggesting the New York governor would make for a better Democratic presidential candidate.

“#PresidentCuomo,” “#DraftCuomo,” and “#AndrewforAmerica” hashtags have popped up on Twitter and there’s now a @DraftCuomo2020 Twitter handle. But talk of a potential Cuomo draft movement is just talk right now. Cuomo’s brushed aside campaign hypotheticals as he combats the coronavirus in his state, and the odds against him getting drafted as his party’s presidential nominee this late in the process are steep. Cuomo made it clear when he was running for re-election to a third-term in 2018 that he wouldn’t run for president in 2020. 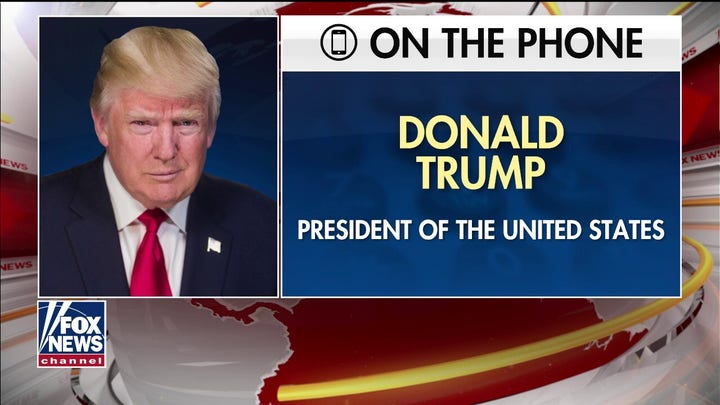 But Trump, in an appearance Monday morning on "Fox & Friends," said: “I wouldn’t mind running against Andrew.”  And comparing Cuomo to Biden, the president said “I think probably Andrew would be better” as a candidate.