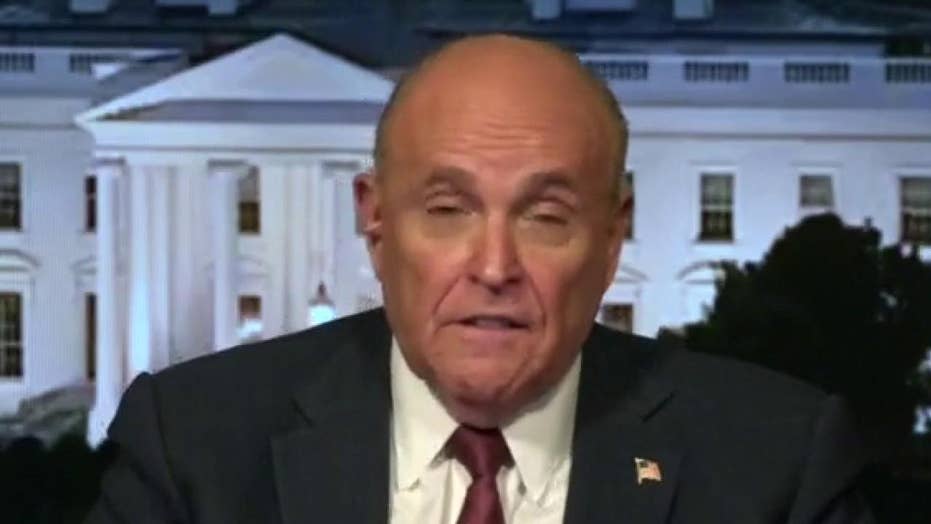 Gov. Andrew Cuomo threatened to slash state funding to New York City if it doesn't increase efforts to tamp down on crime and clean up trash in the midst of a pandemic, even offering to send in the National Guard to help.

CUOMO SWIPES DE BLASIO FOR CRIME: 'WE HAVE A PROBLEM IN NEW YORK CITY'

The tall order from the state's Democratic governor was announced Tuesday at a press conference, where Cuomo expressed concerns about the uptick in gun violence and crime, taking a swipe at the city's mayor, Bill de Blasio, without specifically naming him.

"The crime problem in New York City is real. Denial is not an option," Cuomo said, adding that "if jurisdictions don't resolve police/community issues and redesign public safety," he would take away the city's funding allotted to help with recovery efforts due to the coronavirus pandemic.

Cuomo said the state is closely monitoring pockets of resurging COVID-19 cases in nine neighborhoods, particularly around south Brooklyn and Queens, and said he would close down schools -- which just reopened this week -- if necessary.

He is hoping the plan will address surging crime rates while also alleviating tensions between communities, particularly with large African-American and Hispanic populations, and law enforcement.

"Why is the answer to every 911 call a person with a gun? Why? Why is the only answer to a 911 call an arrest? What happens if it's a substance abuse issue? What if it's a mental health issue?" Cuomo said.

Still, daylight shootings doubled through May and July compared with the same period last year, according to the New York Police Department, and general shootings in July rose 177% compared with last July — a trend de Blasio linked to the economic impact of the coronavirus pandemic and the lack of a federal stimulus package.

"We have a problem in New York City when it comes to crime. That is fact," Cuomo said last week, noting that New York City "shootings with victims" were up 103%. "It's not going to get better on its own."

Cuomo acknowledged mounting anxiety surrounding the spike in crime but slammed the city for not doing more to ensure cleanliness and reign in homelessness as well.

"I don't know what's going on in New York City. If they can't do it, I've offered to send the National Guard in to come pick up the garbage," Cuomo said. "This is a public health pandemic. Cleanliness matters."