NY Rep rips Cuomo for covering up nursing home deaths: 'This has to be investigated'

Tenney had called for former Attorney General William Barr to investigate nursing home deaths since April and May. Although Tenney was alerted about the matter since early March and raised awareness on radio and television appearances ever since, it was "ignored."

"The inspector general needs to go in and force the counting of these deaths and the reason why you would put COVID-positive patients in a nursing home with the most vulnerable people in our communities," she said.

A top aide to New York Gov. Andrew Cuomo told leading state Democratic lawmakers that the administration had withheld data on COVID-19 deaths at nursing homes to avoid federal scrutiny, according to a bombshell new report.

The revelation prompted condemnations and even talk of impeachment in Albany, the state's capital. Rep. Lee Zeldin, R-N.Y., wants the Department of Justice to open an obstruction of justice investigation.

"The families of thousands of dead New York seniors deserve accountability and justice for the true consequences of Governor Cuomo’s fatally flawed nursing home policy and the continued attempts to cover it up. It’s clear what's happening here is criminal," he said.

The New York Post first reported that Melissa DeRosa, secretary to the governor, told leading Empire State Democrats that the administration feared the data could "be used against us" by the Justice Department during a video conference call. 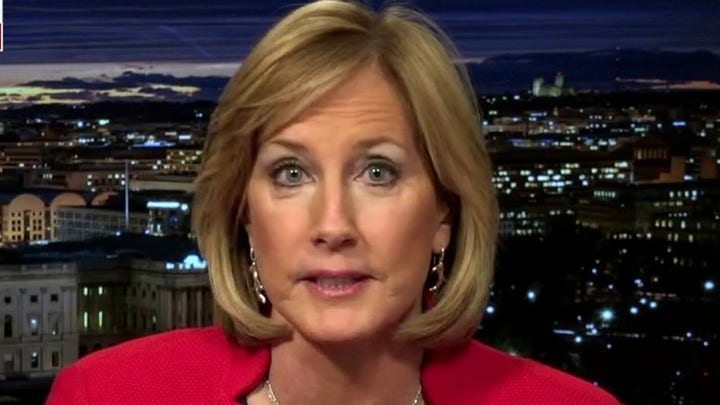 Tenney said she heard "outrage" from people all across the region, but, "Cuomo just has so much power in New York."

"I applaud Janice Dean and [assembyyman] Ron Kim, who I served with when I was in the Assembly back in New York. I mean, this has to be investigated," Tenney said.

"I think actually the governor, you know, just to do a service to New York State should resign. If we had a recall statute like they do in California, I think he would probably face recall. He really needs to be replaced. This is actually just more typical behavior from Andrew Cuomo. He's been a lawless, really terrible governor, just exerting his power. It's been an abuse of power for the last 10 or 11 years he served as our governor."