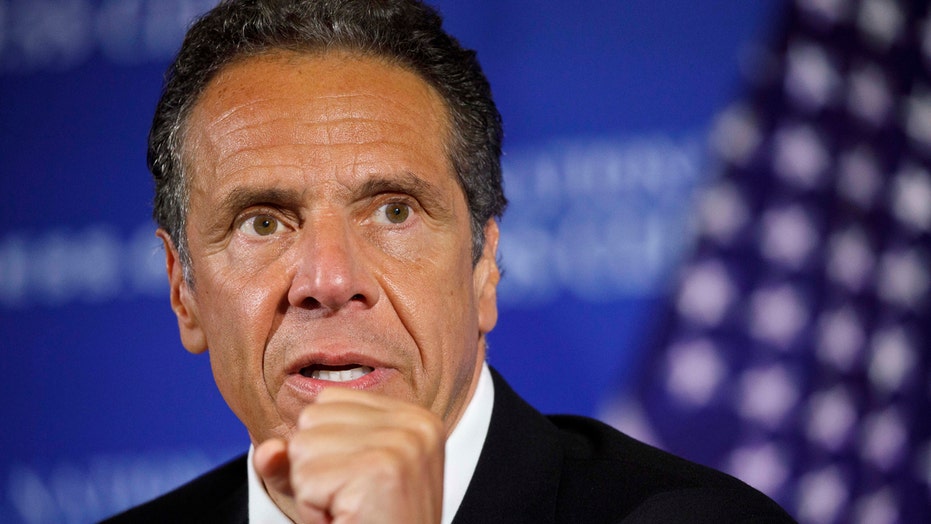 Fox News senior meteorologist Janice Dean, whose in-laws died in New York elder care facilities from COVID-19, speaks out on 'The Brian Kilmeade Show' after being excluded from testifying in Albany.

New York Gov. Andrew Cuomo on Monday said “you’d have to be blind” to think calls to further calls to investigate the coronavirus deaths linked to state nursing homes amid the pandemic are “not political.”

Cuomo, during a press conference Monday, said he “wouldn’t do an investigation” into the nursing home deaths during the coronavirus pandemic in the state of New York.

“I wouldn’t do an investigation whether or not it’s political, everybody can make that decision for themselves,” Cuomo said. “I think you’d have to be blind to realize it’s not political.”

He added: “It’s kind of incredible.”

Cuomo has been insisting that the thousands of nursing home deaths had nothing to do with his March 25 order that required nursing homes to accept coronavirus patients who were medically stable without testing them, claiming that the deaths were caused by infected staff members who spread the virus.

A report released last month backs up his claims, but experts have questioned the report’s methods.

The report, released by New York State, said that 80 percent of the 310 nursing homes in the state that took coronavirus patients already had cases before Cuomo issued his order.

Cuomo has blamed “dirty politics” for the accusations he has faced over his order, which he eventually rescinded on May 10. He said it was a “political conspiracy that the deaths in nursing homes were preventable.”

Rep. Steve Scalise, R-La., who is a leader of a House subcommittee on the COVID crisis, said in a letter to Cuomo last month that “[b]lame-shifting, name-calling and half-baked data manipulations will not make the facts or the questions they raise go away.”

Cuomo spokesman Rich Azzopardi responded, saying: “We’re used to Republicans denying science but now they are screeching about time, space and dates on a calendar to distract from the federal government’s many, many, embarrassing failures. No one is buying it.”

Meanwhile, Cuomo on Monday urged the public to “look at the basic facts on where New York is versus other states.”

“You look at where New York is as a percentage of nursing home deaths,” he said. “It’s all the way at the bottom of the list of states.”

“So I don’t think anyone knows what’s political, what’s not political,” He continued. “Everyone can make their own decisions.”

Cuomo went on to note that experts could “sensibly” investigate the coronavirus deaths in nursing homes in the state, and said that “would not be political at all,” and would be “trusted” by Democrats, Republicans and independents.