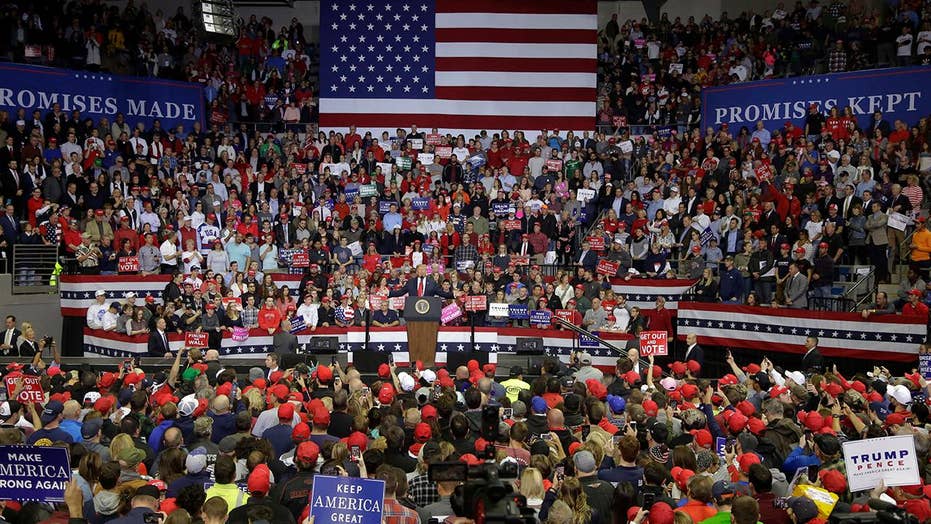 Crowd breaks into song of support after woman faints.

Trump paused his rally for roughly five minutes after asking the audience to say a prayer as emergency responders made their way to the woman.

"Is there a doctor in the house, please? Doctor? Please. Thank you," the president said while pointing to the woman in the crowd, according to The Hill.

As the woman received medical treatment, the crowd of thousands broke out into song. 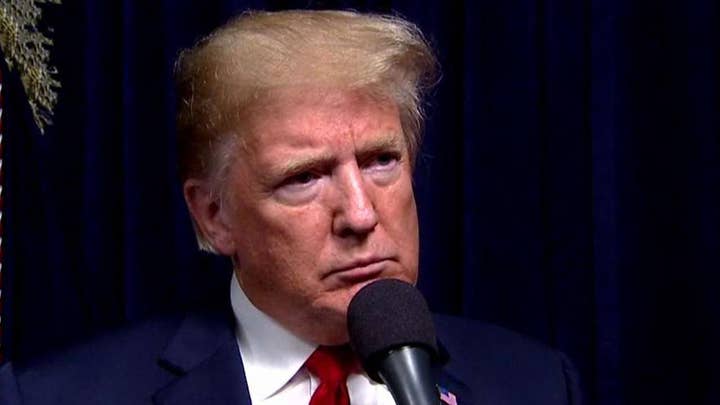 "That was beautiful," Trump said after resuming his spot behind the podium. “Hopefully she’ll be OK.”

"Amazing Grace" has been recorded more than 6,600 times, according to reports.

The song was written in 1779 (or a few years earlier) by John Newton, an English poet and clergyman who died in 1807. Newton, as a young man, deserted the English Navy, was recaptured and punished and became involved in slave trading. He later had a religious awakening during a storm at sea before becoming a prolific hymn composer.

More than two centuries later, it's a fixture across spiritual and secular culture. It's been played at some of the country's most somber gatherings: Memorial services following the 9/11 terrorist attacks, the Oklahoma City bombing and the attack that killed 32 students at Virginia Tech.

"I once was lost but now am found.

During Monday night’s rally in Cape Girardeau, Missouri, Trump touted his administration’s progress the past two years, while making his final case for Republican candidates as voters head to the polls for the midterm elections on Tuesday.

Medical emergencies are common at presidential rallies, where security requires attendees to be in place for hours ahead of time.