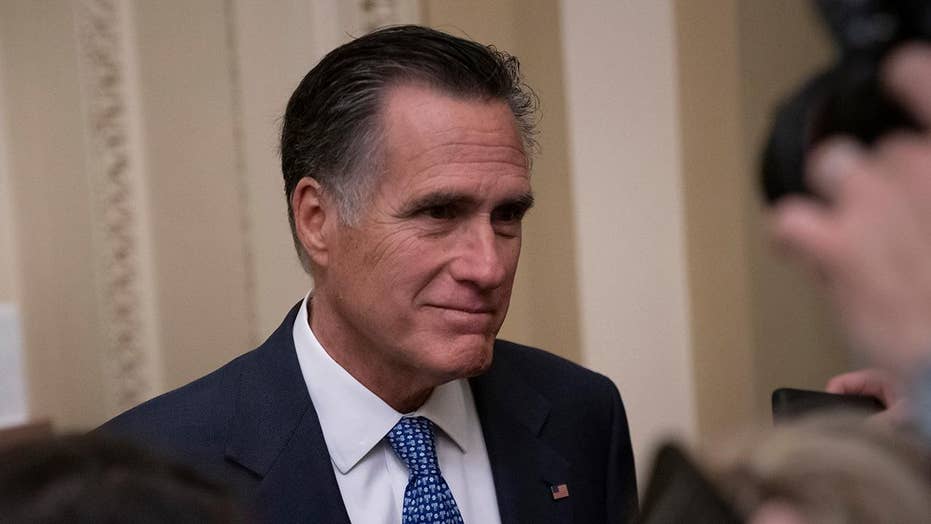 Romney: If Democrats are going to act outraged over everything then nothing is an outrage

Katie Pavlich breaks down responses from moderate Republicans during the first day of the Senate impeachment trial.

The Conservative Political Action Conference (CPAC) made clear on Friday that Sen. Mitt Romney, R-Utah, who formerly won the event's straw poll in 2012, would not be welcome at the conference in February -- an apparent response to the senator's refusal to follow his party in the ongoing Senate impeachment trial of President Trump.

"The 'extreme conservative' and Junior Senator from the great state of Utah, @SenatorRomney is formally NOT invited to #CPAC2020," tweeted Matt Schlapp, who leads the organization behind CPAC.

Schlapp later told Fox News that each year, CPAC "formally disinvite[s] someone who has been particularly egregious."

"Mitt Romney deserved this [because] his Senate tenure is a waste and his vote was the latest outrage," he added.

Romney has angered some conservatives as one of the few Republicans who is openly critical of President Trump. The backlash seemed to intensify as Romney split from other Senate Republicans in calling for additional witnesses and evidence in Trump's impeachment trial.

Romney's office did not immediately responded to Fox News' request for comment.

It's unclear whether the Utah senator intended to speak at or visit CPAC, which serves as an annual gathering for conservative leaders and activists. Romney previously spoke at CPAC and served as the Republican Party's 2012 presidential nominee. Since Trump's election, he's become a symbol of the intraparty divide over Trump and the direction he's taking the party.

Before the House voted to impeach Trump, Romney derided the president's "brazen" requests for foreign nations to investigate former Vice President Joe Biden. "By all appearances, the President’s brazen and unprecedented appeal to China and to Ukraine to investigate Joe Biden is wrong and appalling," he said.

As senators deliberated impeachment, Romney said that he'd like to hear from former National Security Advisor John Bolton, who reportedly claimed that Trump explicitly conditioned Ukrainian aid on the nation's willingess to investigate the Bidens. On Friday, the Utah senator joined just one other Republican -- Sen. Susan Collins, R-Maine -- in favoring a motion to consider new witnesses and evidence. The final vote was 51-49 against the motion.

“It’s disappointing because I think Mitt Romney is clearly letting his personal dislike of the president influence him more than trying to deal with [what] this country needs,” Sununu told "America's Newsroom." While appearing on "Cavuto Live" Saturday, former South Carolina Rep. Trey Gowdy seemed less critical. While Gowdy said he was "disappointed" in Romney, he would give Romney an opportunity to explain his decision.

Gowdy also praised Sen. Mike Lee, R-Utah, for defending Romney amid intense criticism of his colleague. "Mitt Romney is a good friend and an excellent Senator. We have disagreed about a lot in this trial," Lee tweeted on Friday.

"But he has my respect for the thoughtfulness, integrity, and guts he has shown throughout this process. Utah and the Senate are lucky to have him."