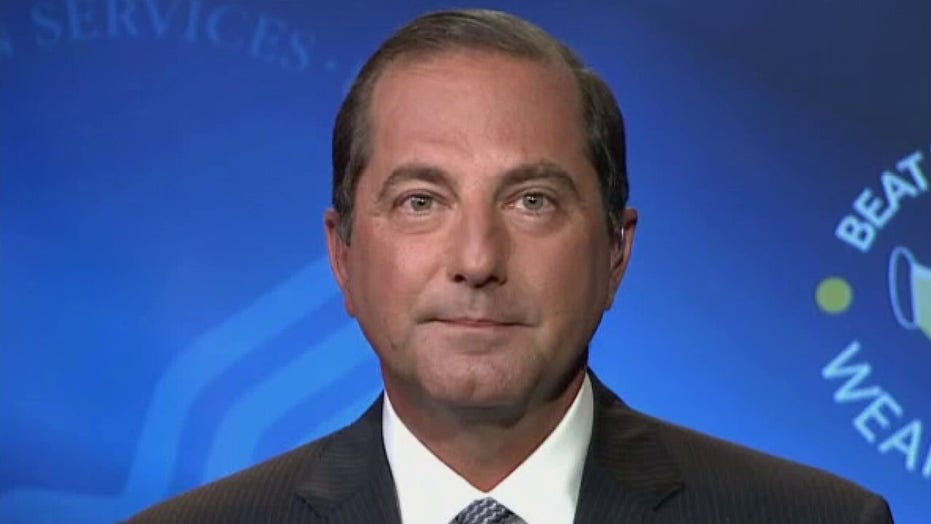 "I want to be really clear to your viewers," Azar told "The Daily Briefing" host Dana Perino. "The president, I as secretary, and the officials at the FDA [Food and Drug Administration], including the career officials, will require that any vaccine meet the very high safety and efficacy standards that the FDA has set.

"The FDA has actually published transparent guidance to say what they will require for approval of a vaccine," he added. "We will be transparent with the data. We'll have a public advisory committee process for that. We will not compromise on the safety and efficacy of a vaccine, even as we move under President Trump's leadership to get one as quickly as possible."

Biden, the Democratic presidential candidate, had accused the president of "undermining public confidence" in any vaccine while Harris, his running mate, said she didn't trust President Trump.

"I will say that I would not trust Donald Trump," Harris told CNN's "State of the Union" Sunday, "and it would have to be a credible source of information that talks about the efficacy and the reliability of whatever he's talking about."

On Monday, Trump accused Biden and Harris of using "anti-vaccine rhetoric" and called on them to apologize.

On Tuesday, Azar predicted that the number of available doses of an "FDA gold-standard" coronavirus vaccine would be in the "high tens of millions" by the end of 2020.

"We will get data whenever clinical trial end points are met," he said. "Now, those are inside of a black box of these clinical trials, and whenever those report out, they report out. Now, I will say the CEO of Pfizer, which is one of the two earliest vaccines in late-stage clinical trials, has said that he might see data in October. But that's going to depend on the progress of the trials, it will be driven by data and evidence and nothing else."