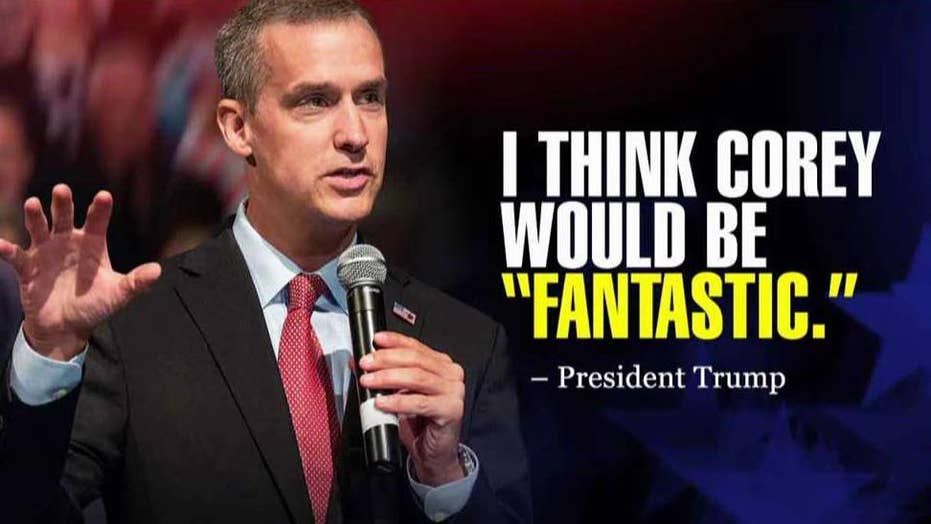 Corey Lewandowski, one of President Trump's informal advisers, announced on Tuesday that he might run for senate in New Hampshire.

"New website just launched to help a potential senate run. Sign up now!" he said, alongside a link to what appeared to be a super PAC.

His announcement came as he tussled with Congressional Democrats during a hearing before the House Judiciary Committee. The former Trump campaign manager said earlier in the summer that he was considering a challenge to Sen. Jeanne Shaheen, D-N.H.

“The president needs a strong supporter of his on the ticket in New Hampshire,” Lewandowski said at the time. “New Hampshire is a state he lost by 2,700 votes, but having a strong, unified ticket in the state will help him be successful in 2020.”

This wouldn't be his first foray into running for office himself. Lewandowski, while studying at the University of Massachusetts at Lowell, in 1994, ran for Massachusetts state representative, but lost to a Democratic opponent.

Just before that hearing, the Federal Election Committee reportedly received paperwork for the "Stand with Corey" organization that Lewandowski appeared to link to on Tuesday.

Lewandowski, who has been an ardent supporter of the president, touted Trump's support on the website. The site displays a large image of Trump smiling behind Lewandowski and quotes the president as saying Lewandowski would be "fantastic."

Lewandowski has been a vocal supporter of the president. And at the end of 2018, Lewandowski released a book attacking the Russia investigation and accusing "deep state" actors of trying to undermine the president.