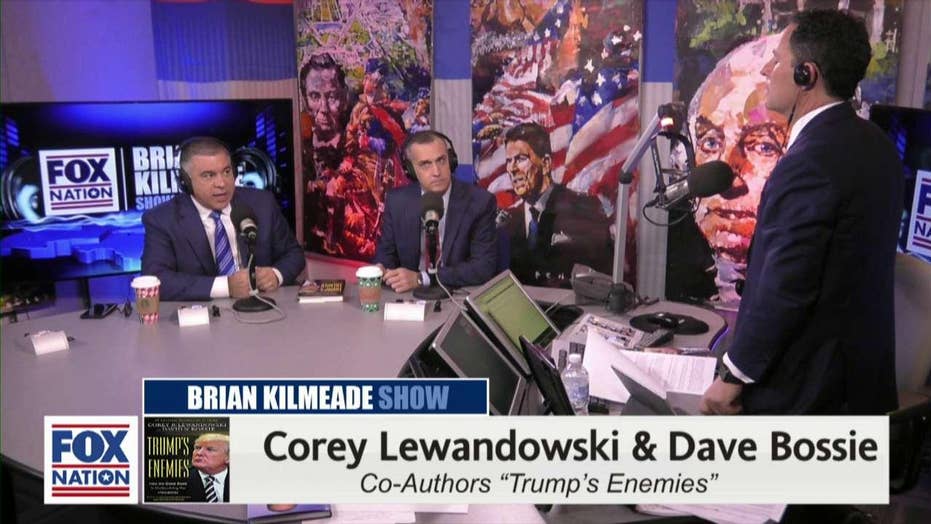 When the Mueller report is finally released—if it ever is released—the Fake News will crawl over it like ants at a picnic. But the one angle they won’t write about is how the deep state played them like a fiddle.

The trick is called “circular sourcing,” and the FBI, under the leadership of people like James Comey, Andy McCabe, and Peter Strzok, brought it to an artform.

The scheme works like this: the deep state leaks stories to the media, then takes action—applies for warrants, initiates investigations, and perhaps partisan impeachment efforts--based on the planted stories as if they’d come out of thin air. Most times, the “evidence” and sourcing in the stories are so thin you can see right through them. And yet, the scheme worked time and again.

For example, the largest investigation against a sitting president in our nation’s history would begin because of a dishonest media leak—one committed by James Comey himself. As we write in our new book, “Trump’s Enemies,” Comey had an agenda from the start. He came into Trump Tower on January 7, 2017 for what was supposed to be a short briefing on Russian hacking. Under his arm, the former FBI chief carried a copy of the infamous phony Steele dossier, a collection of salacious and unverified documents that purported to link Donald Trump to Russia. That document had been sitting on the desks of media organizations for months, who then viewed Steele’s information as too outrageous to publish (maybe the last time they showed an ethical spine). But when James Comey dropped the dossier on the desk in front of President-elect Trump, it went from an obvious pack of lies to “a document that was presented to the president-elect during an official briefing.” The media had no choice but to report it. Buzzfeed published the dossier in full the next day, and CNN soon followed suit, as Comey knew they would, thus bringing the collusion hoax to the public.

“We have profound concerns about the volume and extent of unauthorized media contacts by FBI personnel that we have uncovered during our review,” stated the DOJ’s Inspector General report back in June.

As is often the case with the FBI, the deeper you dig, the worse it gets. In 2016, months before James Comey dropped the dossier in Trump Tower, Peter Strzok was going after Donald Trump with a vengeance—and using circular sourcing to do it. Strzok had long wanted to go after Carter Page, a low-level volunteer on the Donald Trump for President campaign; he figured he was the FBI’s best shot at framing Trump for a Russia connection. But to spy on him, they would need a warrant, and a warrant required evidence, which they didn’t have.

So, Strzok dug up a Yahoo! News article that suggested Carter Page might have ties to Russia, then used it to apply for a FISA warrant against him. When it was granted, the FBI had free reign to “tap the wires” at Trump Tower. Strzok didn’t mention that the sole source of the article was none other than Christopher Steele, the disgraced former spy who wrote the phony dossier.

Shortly afterward, he had Lisa Page, his lover, leak stories to The Guardian and The Wall Street Journal, this time to say that the FBI was looking into Carter Page’s ties to Russia—the very thing they were trying (unsuccessfully) to prove in the first place! Once again the ruse worked, and Carter Page was forced to testify about a few banal meetings he had in Russia, which, to no one’s surprise, weren’t illegal in the slightest.

Dig deeper and the examples pile up like a stack of indictments. “We have profound concerns about the volume and extent of unauthorized media contacts by FBI personnel that we have uncovered during our review,” stated the DOJ’s Inspector General report back in June. To make matters worse, the practice was not only systemic but transactional. The Inspector General’s office also “identified instances where FBI employees improperly received benefits from reporters, including tickets to sporting events, golf outings, drinks and meals, and admittance to nonpublic social events.”

But it was in politics where the greatest sins were committed: Andrew McCabe planting a story to disguise the fact that the Clintons were giving money to his wife’s political campaign, and James Comey leaking fabricated memos so that a special counsel would be appointed.

If that rogue element of the FBI believes they’ll get away with the scheme forever, however, they have another thing coming, No one knows this better than President Donald Trump. This September the president gave us an exclusive interview for our book. In the Oval Office, we asked him who he thought were his greatest enemies. He wasted no time in naming both the Fake News and the rogue agents at the FBI mentioned above, discussing their crimes and possible repercussions for them in detail.

David N. Bossie and Corey R. Lewandowski are the co-authors of "Trump’s Enemies, How the Deep State is Undermining the Presidency."