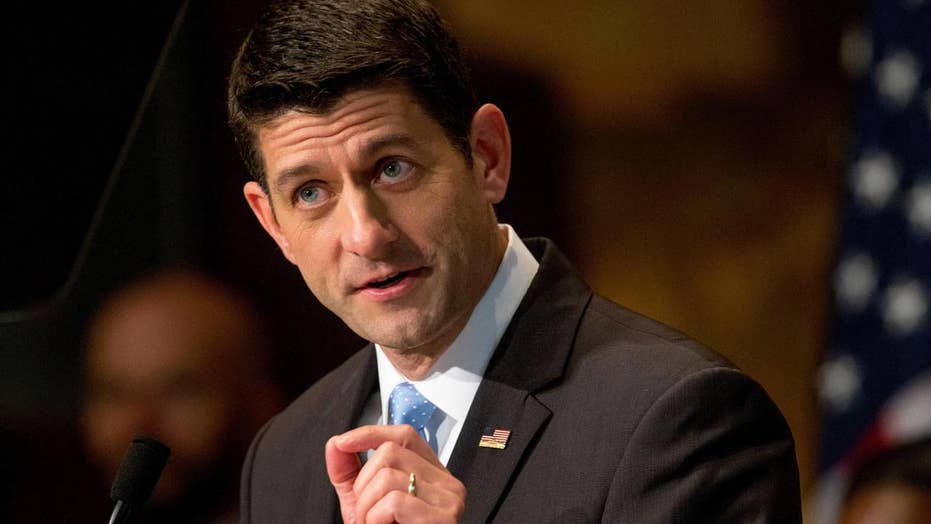 The conservative House Freedom Caucus on Wednesday announced support for a revised ObamaCare overhaul plan -- a significant breakthrough but no sure win for Republicans trying for roughly seven years to repeal the health care law.

An attempt last month by House leadership to repeal and replace the law failed in large part because most of the Freedom Caucus’ roughly 35 members wouldn’t support the measure.

"Over the past couple of months, House conservatives have worked tirelessly to improve (ObamaCare) to make it better for the American people,” the group said. “The House Freedom Caucus has taken an official position in support of the current proposal.”

However, the group's backing this time doesn’t guarantee passage, considering some moderate Republicans still appear opposed to any of the changes.

Members also said Wednesday that they would support the revised bill “to keep our promise to the American people to lower health care costs,” despite it also failing to fully repeal ObamaCare.

The breakthrough follows an amendment written in part by New Jersey GOP Rep. Tom McArthur. He was joined in the effort by North Carolina GOP Rep. Mark Meadows, the Freedom Caucus leader, according to the caucus and House Republican leaders.

The proposed changes would let states get federal waivers to some coverage requirements Obama's law imposed on insurers.

“It gets at the heart of what we want,” House Speaker Paul Ryan said Wednesday morning.

However, he was noncommittal about a vote, as Congress still must agree on a temporary spending bill by midnight Friday to keep the federal government fully operational.

“We’ll vote when we get the votes,” the Wisconsin Republican said.

To be sure, some members of the Tuesday Group, a group of House moderates led by McArthur, fear the changes could weaken important protections.

Ryan would need at least 216 votes, with 238 Republicans in the chamber.

The developments came days ahead of the 100-day mark of President Trump's presidency, as the White House pushes for fast action to revive the stalled health care measure and make good on seven years of GOP promises to get rid of Obamacare and replace it with something better.

Another concern about the legislation is that it would allow members of Congress and their staffs to continue to receive certain benefits under the health law -- even if their state opted out from the federal requirement to provide such services as maternity and newborn care, preventive care and wellness visits and prescription drug coverage.

To gain support for an overhaul plan, negotiators from the GOP's conservative and moderate camps have proposed letting states get federal waivers to Obama's requirements that insurers charge seriously ill and healthy customers the same premiums, and that they cover specified services like maternity care.

However, another moderate leader, Rep. Charlie Dent, R-Pa., said the changes ignored his concerns that the health care bill would cut too deeply into the Medicaid program for the poor and leave many people unable to afford coverage.

Dent is another leader of the Tuesday Group and is considered a good gauge of the views of many of its roughly 50 members.

The plan has already drawn criticism from congressional Democrats.

“Once again, House Republicans have made their bill worse for the health of the American people in order to buy off the Freedom Caucus and other conservatives, said a spokesman for New York Sen. Chuck Schumer, the Senate’s top Democrat.

The spokesman also predicted the measure would not get 60 votes needed for passage in the Senate, in which Republicans have 48 senators.