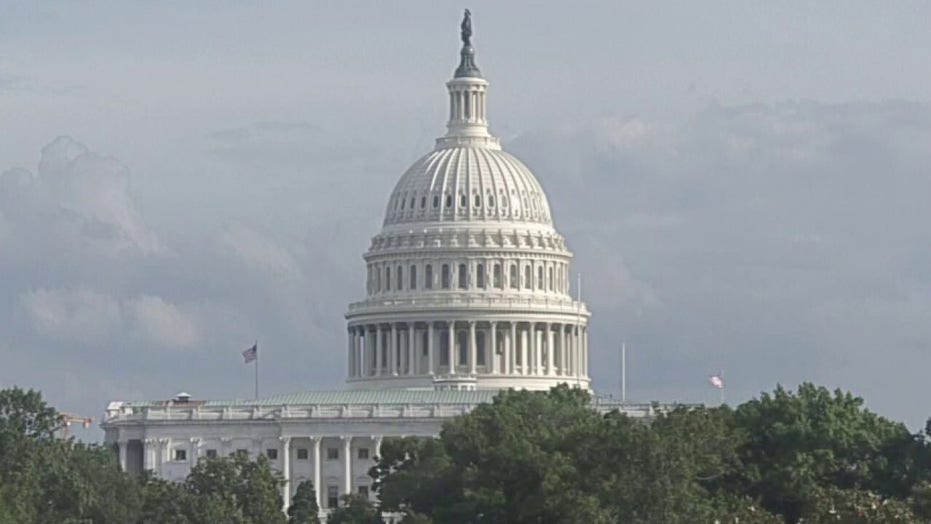 Senate Majority Leader Mitch McConnell, R-Ky., said Friday that a bipartisan bill to set up commissions that would recommend changes to address looming insolvency in federal trust funds will be in the Republicans new coronavirus package -- tipping off a back-and-forth between Democrats who decried it as a "backdoor cut" to Medicare and Social Security while others lauded it as a step to protect the popular programs.

Among those slamming the move by McConnell to include the TRUST Act, written by Sen. Mitt Romney, R-Utah, and co-sponsored by Republicans and Democrats in the House and the Senate, was Maya R. Cummings, the activist and widow of the late Rep. Elijah Cummings, D-Md.

".@senatemajldr The TRUST Act is a backdoor mechanism to expedite cuts to Social Secueity (sic) and Medicare through unaccountable Committees," she said in a tweet. "Why include it in a coronavirus rescue bill? Seniors, the disabled and dependents deserve better from Congress."

The bill, in addition to Medicare and Social Security, would also address the federal Highway Trust Fund.

House Ways and Means Committee Chairman Rep. Richard Neal, D-Mass., said in a statement that Romney's bill "will result in far-reaching cuts to Social and Medicare -- that is the intention of the bill."

In this image from video, Sen. Mitt Romney, R-Utah, speaks on the Senate floor about the impeachment trial against President Donald Trump at the U.S. Capitol in Washington, Wednesday, Feb. 5, 2020. The Senate will vote on the Articles of Impeachment on Wednesday afternoon. (Senate Television via AP)

He added: "The legislation sets up closed-door commissions to fast-track the destruction of these programs... The last thing struggling Americans need right now is a secret panel designed to slash their earned benefits and further undermine their economic security."

But the nonpartisan watchdog Committee for a Responsible Federal Budget (CRFB) called Neal's statement "false & misleading," saying that the cuts would not come immediately as Neal said and that the bill instead "calls for long-term solutions for your major trust funds over the coming decades" and that the bill "would name no policy changes directly" -- just that it creates commissions to get lawmakers "to come together and agree on needed reforms."

It also noted that any committee recommendation would still have to pass the traditional legislative hurdles to become law of "a majority in the House and 60 votes in the Senate."

CRFB President Maya McGuineas, in a statement backing the inclusion of the bill in the coronavirus package, emphasized the dire status of the federal trust funds.

"Politicians cannot continue to ignore the finances of some of the most important government programs. We’ve known these programs were in trouble for years, and the current economic crisis has only made things worse," she said. "The highway trust fund will likely run out of reserves next year, and Social Security is only a decade behind. When today’s youngest retirees turn 73, they can expect an abrupt 23 percent cut in their Social Security benefits under current law. This is no longer about saving these programs for our grandchildren. The benefits of our grandparents are vulnerable."

Other right-of-center think tanks also backed the TRUST Act, including the R Street Institute, whose Vice President of Research Partnerships Kevin Kosar said "any additional spending to mitigate the economic effects of the pandemic should be coupled with provisions that address longer-term deficits" like the TRUST Act.

And Manhattan Institute Senior Fellow Brandon Reidl said he is "glad to hear" the TRUST Act is in the GOP plan and noted that it does not make reforms "during the recession."

There is a long road ahead of Congress before a final coronavirus relief bill is passed. The Senate Republicans' proposal, which has not yet been fully unveiled and is controversial even within their own caucus, will likely have a hard time getting approval of enough Senate Democrats to pass without significant changes. Then the Democrat-controlled House, which previously passed a $3 trillion bill that Republicans criticized as a wish-list of liberal priorities, would need to okay whatever comes out of the Senate without changing it before the package would go to the president's desk.