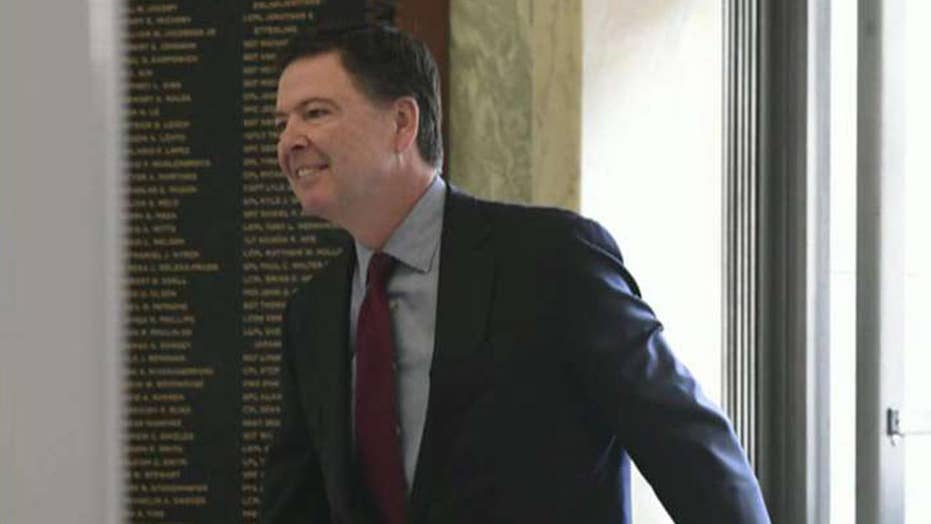 James Comey tangled with Rep. Mark Meadows in the Twitter arena overnight after the Republican congressman accused the feisty former FBI director of going silent ahead of the release of what could be a damaging inspector general report.

And he deployed a trendy put-down to call out Meadows for committing the social media sin of not tagging him: “@ me next time, bruh.”

DOJ WILL NOT PROSECUTE COMEY FOR LEAKING MEMOS: SOURCES

The light-hearted feud belies the apparent severity of the Justice Department inspector general’s investigation. Officials confirmed Thursday that following a referral from the IG, the department has decided against prosecuting Comey for leaking classified information. 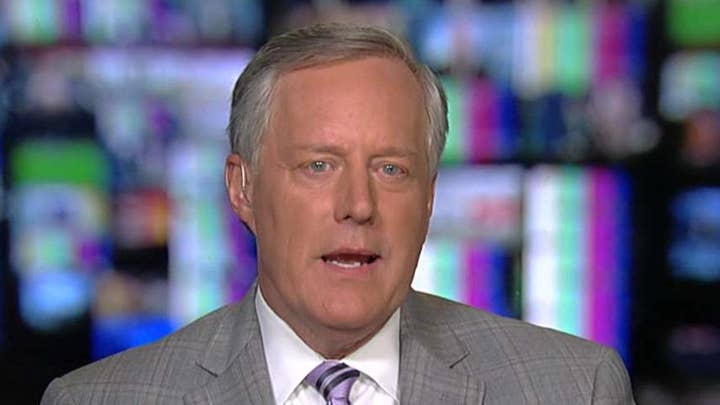 But Fox News is told the release of Horowitz’s report is “imminent.” And Meadows, R-N.C., entered the fray by suggesting the report will contain damaging details for Comey.

“As the IG report on Comey approaches, we’re getting the sound of silence. No Comey tweets. No softball interviews,” he tweeted. “Must be tougher when you get questioned by a DOJ Inspector General. The truth is coming. His actions will come to light. And the verdict won’t be pretty.”

Comey hit back, tweeting that he’s simply waiting “for facts” before speaking publicly and suggesting he’s not concerned – before calling out Meadows for not following the Twitter code of honor:

“I love transparency. I just wait for facts before I talk about them. I’m confident the results of all IG reports will show honest public servants worked hard to protect this country from a threat this president and his enablers won’t acknowledge. And @ me next time, bruh.”

It remains unclear how tough the IG report will be on Comey, but the review pertains to memos he wrote memorializing his interactions with President Trump in the days leading up to his firing. He then passed those documents to a friend, Columbia University Law Professor Daniel Richman, who gave them to The New York Times. Comey admitted to that arrangement during congressional testimony.

“I didn’t consider it part of an FBI file,” Comey told Fox News' Bret Baier last year. “It was my personal aide-memoire…I always thought of it as mine.”

Comey, during June 2017 testimony, said he deliberately leaked a memo in order to prompt the appointment of a special counsel.

The New York Times published the report with Comey’s memos on May 16, 2017, revealing the contents of the memo which said the president asked him to shut down the federal investigation into former national security adviser Michael Flynn in an Oval Office meeting.

On May 17, Robert Mueller was appointed as special counsel to lead the Russia investigation.