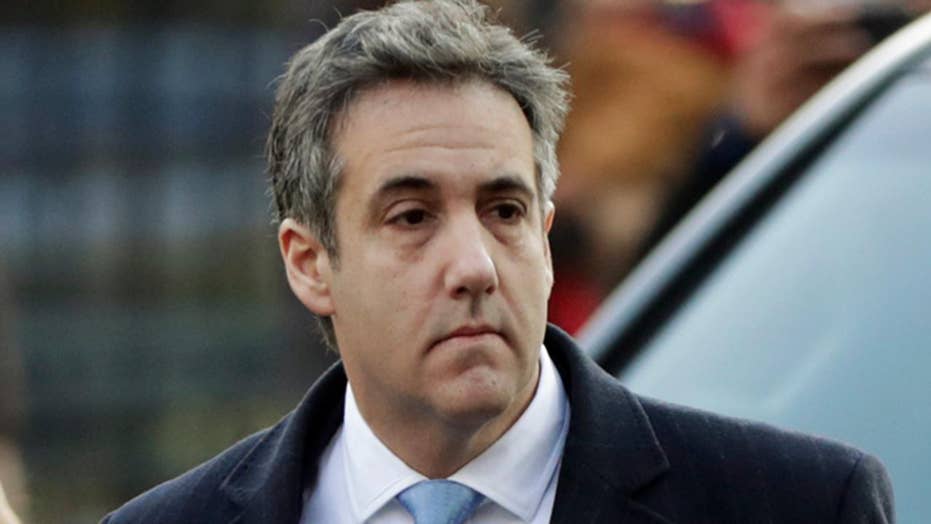 Former Trump attorney tells ABC News that the president knew hush-money payments made in the weeks leading up to the election were wrong; Laura Ingle reports from New York City.

In an exclusive interview with ABC News’ George Stephanopoulos on “Good Morning America,” Cohen said Trump “was very concerned” about how Daniels’ and McDougal’s allegations of sexual encounters with him “would affect the election.”

“I knew what I was doing was wrong,” Cohen told ABC. “I stood up before the world [Wednesday] and I accepted the responsibility for my actions.”

Cohen was sentenced to three years in prison on Wednesday, for a range of crimes including tax evasion, campaign-finance violations and lying to Congress. He implicated the president in the hush-money payments by saying they were made at Trump's direction.

When asked on ABC News if Trump knew it was wrong to make the payments, Cohen replied, “Of course,” and added that the purpose was to “help [Trump] and his campaign.”

Cohen's sentencing came as part of the U.S. Attorney’s Office for the Southern District of New York’s criminal investigation into Cohen, as well as Special Counsel Robert Mueller's Russia probe with which Cohen cooperated.

Cohen took responsibility for making a $130,000 hush money payment to Daniels in the weeks leading up to the 2016 presidential election in exchange for silence about an alleged sexual encounter with Trump.

Meanwhile, McDougal was paid $150,000 by the American Media Inc., the parent company of the National Enquirer, to conceal her alleged affair with Trump. According to federal prosecutors, the company admitted it made the payment “in concert with a candidate’s presidential campaign, and in order to ensure the woman did not publicize damaging allegations about the candidate before the 2016 presidential election.”

The company also “further admitted that its principal purpose in making the payment was to suppress the woman’s story so as to prevent it from influencing the election.”

Federal prosecutors announced this week that they will not pursue charges against the company. 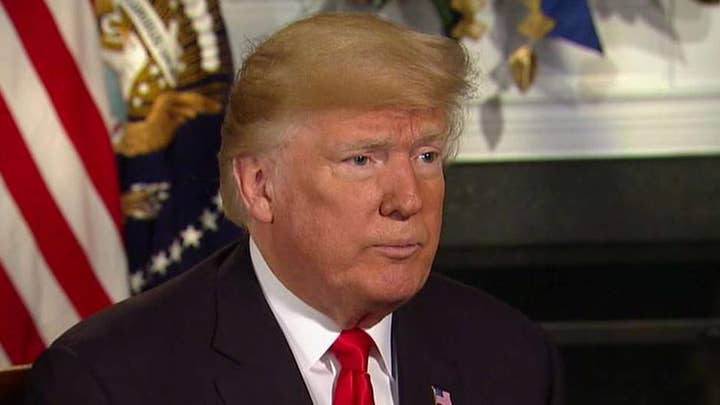 The president has repeatedly denied wrongdoing with regard to the payments.

In an exclusive interview with Fox News’ Harris Faulkner on Thursday, Trump said he “never directed [Cohen] to do anything wrong.”

“Whatever he did, he did on his own,” Trump said, adding that Cohen’s allegations to the contrary were an attempt to “embarrass” him. Trump insisted, again, that the payments were “not a campaign finance violation,” and previously tweeted that, instead, they were a “simple private transaction.”

“What he did was all unrelated to me except for the two campaign finance charges that are not criminal and shouldn’t have been on there,” Trump said. “They put that on to embarrass me.”

But Cohen denied attempts to embarrass the president.

“It is absolutely not true. Under no circumstances do I want to embarrass the president,” Cohen told Stephanopoulos. “He knows the truth. I know the truth.”

“The man doesn’t tell the truth. And it is sad that I should take responsibility for his dirty deeds,” Cohen said, again adding that he would “not be the villain of this story.”

Cohen also was charged by Mueller for making false statements to Congress about the timeline of communications about an abandoned Trump real estate deal in Moscow. Cohen told the Senate Intelligence Committee in 2017 that the final communications about a potential Trump Tower being built in Russia were in January 2016—before the first presidential primary.

Cohen pleaded guilty to making false statements and acknowledged that communications about the deal went on through June 2016. As part of his guilty plea, Cohen agreed to cooperate with the special counsel’s office on “any and all matters deemed relevant” by the group of federal investigators.”