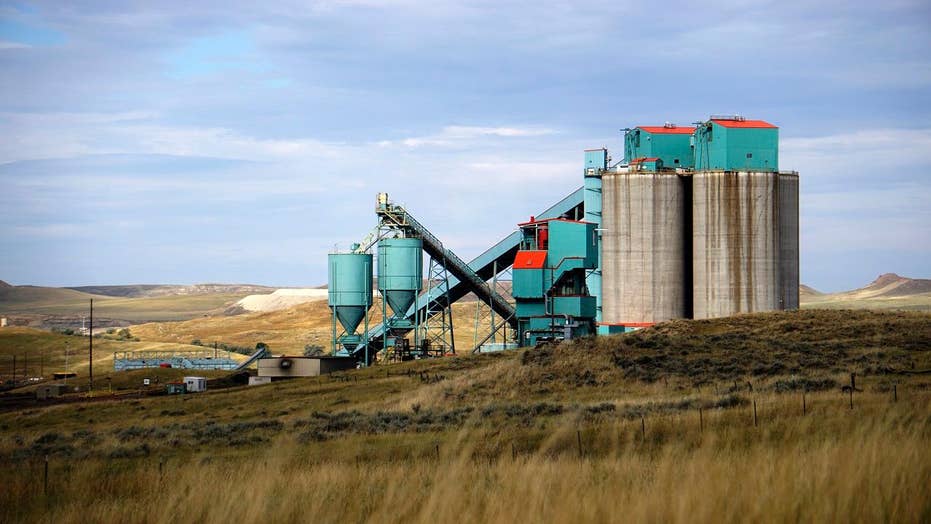 Here's how coal towns are handling the industry's massive slow down

Fox News’ Dan Springer reports on the coal industry and mines being forced to shut down ahead of schedule.

COLSTRIP, Mont. – This city, with its massive coal-fired power plant and rich coal mine next to it, is definitely Trump Country. As a candidate, Donald Trump repeatedly promised a coal revival.

But since he took office, U.S. coal consumption has hit a 41-year low and coal plant closures have actually accelerated. The next to fall, in December, will be Colstrip units 1 and 2, which have been keeping the lights on throughout the Pacific Northwest since 1975. Shutting down one-third of the capacity of the largest coal plant west of the Mississippi comes even after Trump scrapped the Obama-era Clean Power Plan and his administration pledged $39 million to make coal plants run cleaner.

“There’s nothing he can do about it,” said Randy Hardy, an energy consultant and former head of the Bonneville Power Administration. “The market economics are so compelling that absent massive federal government subsidies to keep coal alive, you couldn’t do it economically.”

Cheap natural gas from fracking is making coal less competitive, along with falling prices for wind and solar power. Puget Sound Energy, a major utility in Washington state and co-owner of the Colstrip plant, is rapidly moving away from coal power, which currently makes up 38 percent of its electricity portfolio.

Talen Energy owns 50 percent of Colstrip 1 and 2. In a statement, Talen President Dale Lebsack said the decision to close the units “comes after extensive review and exhaustive efforts over the last few years to address the financial challenges that these units face.”

Climate politics are also killing coal and driving down future demand. Washington state passed a law that its utilities must be coal-free by 2025. The state’s lone coal plant in Centralia will begin phasing out production in 2020.

DANIEL TURNER: YES, THE WAR ON COAL IS REAL, BUT HURTING OUR ENERGY INDUSTRY NOW DOES NOT HELP THE FUTURE

Oregon’s last remaining coal plant in Boardman will completely shut down its 550 MW of generation by the end of 2020. Oregon’s utilities must be coal-free by 2035. Coal plant closures are also scheduled in Arizona, New Mexico, Colorado, Nevada and Utah. In all, the amount of power produced by burning coal is expected to drop by more than half by 2030, from 34,000 MW to 16,000 MW.

“It’s a huge contributor to meeting climate goals and the Paris Accords,” said Hirsh, “that’s a critical piece to every country’s commitment to meeting those emissions reduction.”

But in Colstrip, Montana, a city of 2,300 residents that started out in the 1920s as a coal camp to feed the railroads, there is only worry.

This tight-knit community with high incomes and safe streets is bracing for the potential loss of hundreds of jobs. The power plant, with its four units, employs 372 workers while the Rosebud mine, which feeds the plant, has 361 employees.

Everyone in Colstrip is somehow connected to the coal industry. Many businesses have window signs touting “Coal Keeps the Lights On.” The sign welcoming visitors to Colstrip reads “Tomorrow’s Town Today.”  But Joe Micheletti, chief operating officer of the Westmoreland Coal Company, sounds like a man resigned to mass layoffs and a very uncertain future for Colstrip and the miners who call it home.

“They have served this country admirably for a long, long time,” Micheletti said, “and I don’t understand how we just want to kick them to the curb.”

Colstrip units 3 and 4 were built in 1982 and will continue to feed the power grid after units 1 and 2 shut down December 31. But with large utilities in Washington and Oregon steadily weaning their customers off of coal power, many energy analysts think the entire Colstrip plant will be shut down soon after 2025.

It’s a devastating thought to Montana state Sen. Duane Ankney, who represents Colstrip and used to work at the plant.

Ankney said eliminating coal generation will lead to blackouts because renewables like wind and solar power are limited.

“This is a matter of national security in the Northwest,” Ankney insists, “We have to have baseload power.”

John Williams, the mayor of Colstrip, just released a lengthy report on the city’s future. It talks about diversification and tourism. But the reality is Colstrip needs coal jobs to survive. Nearly all of the city’s general fund is supplied by coal industry taxes paid. Williams pleads his case that burning coal is not destroying the environment.