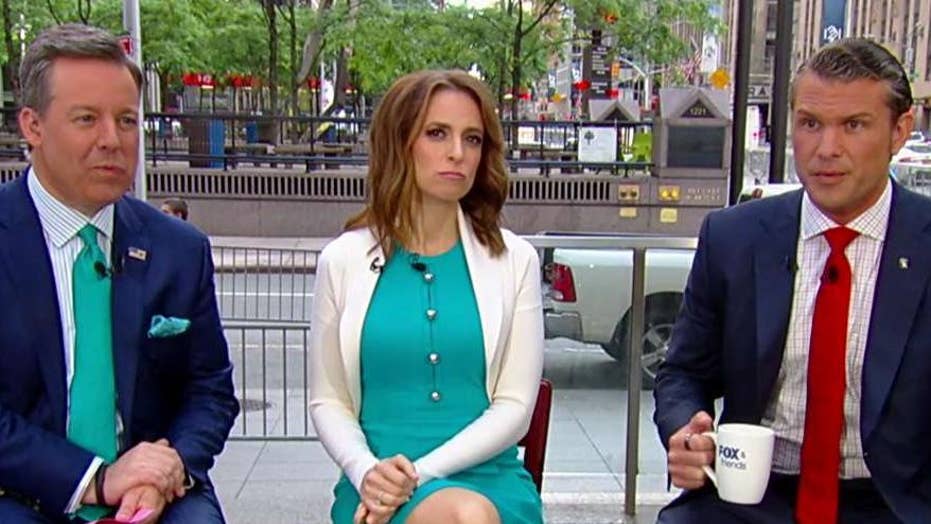 In a supposed conversation between acclaimed authors F. Scott Fitzgerald and Ernest Hemingway regarding the often eccentric behavior of rich people, Fitzgerald reportedly said: "The rich are different from you and me." Hemingway replied: "Yes, they have more money."

They may have more money, but they do not necessarily have better judgment.

Take former New York City Mayor and billionaire Michael Bloomberg, for instance. He just announced that he is going to donate $500 million to help close all remaining U.S. coal plants.

Another way to read that pledge, of course, is that Bloomberg intends to spend $500 million to deliberately put thousands of Americans out of work.

With regard to Bloomberg's true motivations, the former mayor stressed: "We’re in a race against time with climate change, and yet there is virtually no hope of bold federal action on this issue for at least another two years."

This is not the first time Bloomberg has offered up hundreds of millions of dollars of his own fortune – estimated to be in the neighborhood of $50 billion – to hurt working-class Americans. The liberal and openly Trump-disliking former mayor also pledged $500 million to "defeat President Trump in 2020."

Bloomberg – who clearly understands a thing or two about the economy – wants to defeat a president who has created record employment in the minority community, created historic lows in unemployment, instituted desperately needed tax cuts and reform that brought the American economy roaring back to life, and positively affected the savings of tens of millions of Americans.

By all accounts, Bloomberg is a very good man who gives millions of dollars to charity on a regular basis through his foundations.

That said, he clearly still has a massive ego and is susceptible to basic human frailties such as envy, jealousy and bitterness.

With regard to those weaknesses and flaws, the rich are exactly like us.

Bloomberg has made it very clear that he has a very low opinion of Trump. A fellow billionaire who, unlike him and against all odds, was elected president of the United States.

That is most certainly Bloomberg's right. With that acknowledged, why must he punish potentially millions of working-class Americans in his quest to hurt the president?

With his plan to shut down every coal plant in the United States by 2030, Bloomberg’s open obsession with Trump drives the story. According to his own press release, the $500 million he will dedicate to the effort is in direct response to "the pro-fossil fuel agenda emanating from the White House."

That would be the same "pro-fossil fuel agenda," which is not only pro-America, pro-American taxpayer, and pro-American energy independence, but also exposes the billions of dollars in fraud, waste, and abuse associated with various "green" energy programs.

With regard to Bloomberg's true motivations, the former mayor stressed: "We’re in a race against time with climate change, and yet there is virtually no hope of bold federal action on this issue for at least another two years."

Translation: The world’s climate is doomed unless I, my ego, and my unimaginable fortune can defeat Trump in 2020.

Except, any American with common sense is not buying it.

Most Americans – including a growing number of liberals – are sick and tired of the left continually moving the goal-posts on "global warming" when their latest dire prediction for the climate of the nation and the world falls flat. Every American – including Republicans and conservatives – desperately wants a cleaner and healthier planet. It would be suicidal to want otherwise.

That said, most Americans also don’t want to prop up failing taxpayer-funded "green" companies, while destroying our economy in the process.

Those who cry "the sky is falling" with respect to climate change have made it clear they expect American taxpayers to pony up trillions of dollars to stop it.

Instead of going after the president by pledging his fortune to a cause that would put thousands of Americans out of work and adversely affect millions more, Bloomberg might want to think about using a fraction of that amount to investigate why billions of American tax dollars have been lost on "green" energy programs while enriching a chosen few in the process.

Should the former mayor be inclined to take up that greatly needed investigation, former Vice President Al Gore might have some interesting stories to tell.

Douglas MacKinnon is a former White House and Pentagon official and author of the book: "The North Pole Project – In Search of the True Meaning of Christmas."