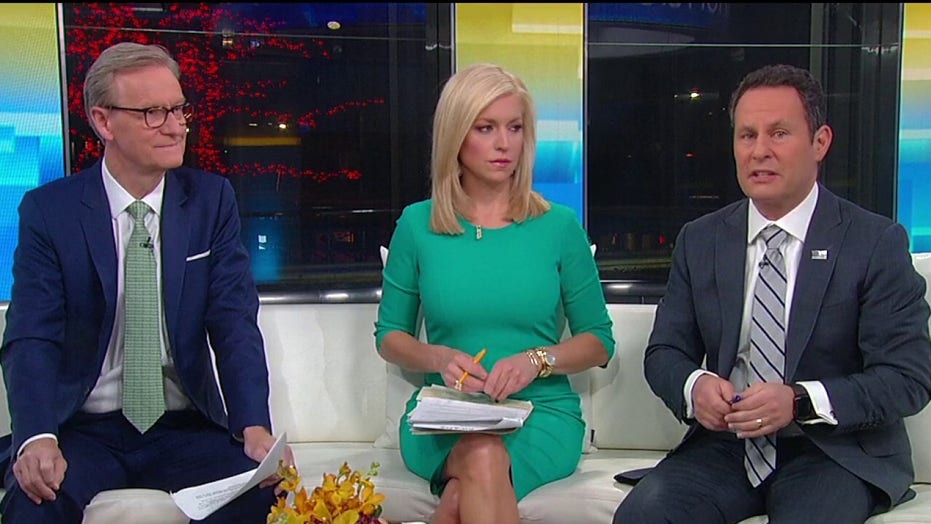 Clyburn says DNC should step in and end primary process

In a conversation with NPR as the results were coming in, Clyburn – who already has endorsed Biden – said that if Biden were to sweep the six contests, it would be best for the party to put an end to the primary race, debates and all.

"I think when the night is over, Joe Biden will be the prohibitive favorite to win the Democratic nomination, and quite frankly, if the night ends the way it has begun, I think it is time for us to shut this primary down, it is time for us to cancel the rest of these debates," Clyburn said, "because you don’t do anything but get yourself in trouble if you continue in this contest when it’s obvious that the numbers will not shake out for you." 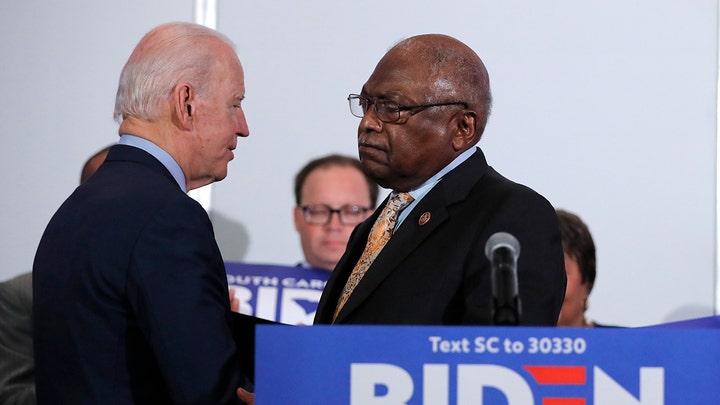 Clyburn wasn't the only party elder ready to put an end to the primary brawl.

"This is all about November, these voters want to shut this thing down," famed Democratic strategist James Carville said Tuesday night on MSNBC. "Our mission as a party is to defeat Donald Trump."

But while Sen. Bernie Sanders, I-Vt., has not tipped his hand as to his next move, he and his army of supporters have historically bristled at attempts by the party establishment to nudge him to the side. The upcoming debate this Sunday, presuming it goes forward, would mark perhaps his last chance to halt Biden's march to the nomination. With Biden continuing to stumble at times on the campaign trail – with gaffes and repeated clashes with voters, including a profanity-laced argument on primary day in Michigan – Sanders could hope to trip him up on Sunday.

“I believe the debates should go on, I think that Sen. Sanders and Vice President Biden should sit down, have a very civil conversation about some of the big issues facing our country,” Fox News contributor Donna Brazile, the former interim chairwoman of the Democratic National Committee, said Wednesday. “This is not the time to call for the end of the process. We have more than 700 delegates still at stake this month alone. Now at the end of the month, we should reassess. But right now, this is not the time to reassess.” 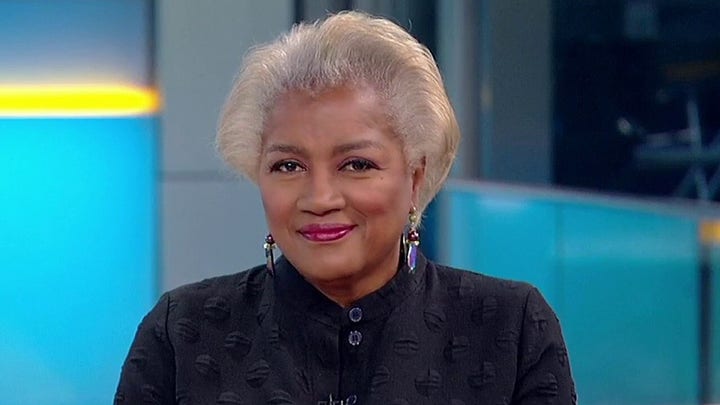 The ad focused on Horton, who was serving a life sentence for murder but then raped a woman and stabbed a man while he had been let out on a weekend furlough program instituted by Dukakis. While the ad was racially charged given that Horton was black and the victims were white, it was viewed as effective at the time.

Clyburn is concerned that if Biden and Sanders continue to battle it out in primary contests scheduled through early June, it could benefit President Trump.

"People will say things,” Clyburn warned, “that you cannot overcome.”

Clyburn's comments may have been premature – at least for the time being – as Biden did not win every contest Tuesday.

The Associated Press has declared Sanders the victor in North Dakota with eight delegates, narrowly edging out Biden with six. But Biden won Idaho, Michigan, Mississippi, and Missouri and currently is tied with Sanders in Washington. He walks away from the latest batch of contests as the overall winner in delegates, only building on his formidable momentum from Super Tuesday a week ago.