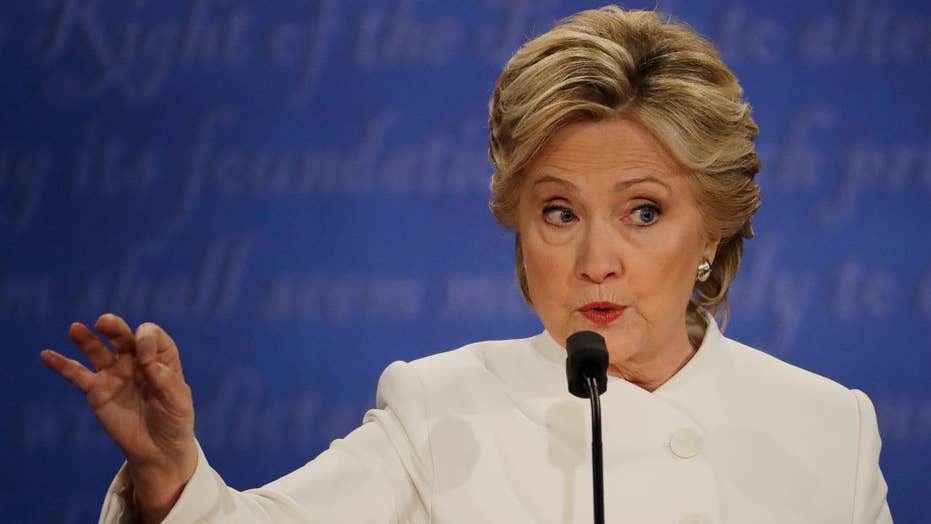 The beginning of the Clinton email scandal

The email at the heart of a "quid pro quo" controversy involving a senior State Department executive and the FBI contained intelligence about suspects in the 2012 Benghazi terrorist attack, two government sources told Fox News.

Heavily redacted FBI interview summaries, known as 302s, state that Patrick Kennedy, a top lieutenant to Hillary Clinton when she was secretary of state, wanted to deep-six the email – which was one of two on her personal server that kick-started the FBI investigation into the mishandling of classified information on her unsecured system.

The FBI files say Kennedy offered a “quid pro quo” – allowing the FBI more agents in countries where they’re forbidden, in exchange for changing the email’s “SECRET” classification. According to the documents, Kennedy wanted the record declassified and marked with a code that would shield it from public scrutiny.

The State Department confirmed Kennedy was discussing the Benghazi email in question. The FBI did not immediately respond to a request for comment.

Republican lawmakers believe Kennedy was going to the mat over the Benghazi email in an effort to kill the FBI investigation.

"It demands deep investigation. It's going to take months to try to untangle this. But when you have the FBI themselves say that there was a quid pro quo negotiation that was going on to manipulate the classification of documents, that goes to the highest degree," House Oversight Committee Chairman Jason Chaffetz, R-Utah, said this week. "And that's why I feel so strongly that Patrick Kennedy should immediately be relieved of his position."

Fox News first reported in August 2015 that the Sullivan email -- along with a record from Clinton aide Huma Abedin -- both containing classified information were the catalysts for the FBI probe. The records were identified in nearly 300 Benghazi emails provided to Congress. The Intelligence Community inspector general referred the matter to the bureau due to the classified intelligence from multiple agencies including the CIA, Defense Intelligence Agency and FBI.

The FBI interview summary with a senior official at the bureau's records management division in Winchester, Va., says he was contacted by the agent working with Kennedy.

"[Redacted] indicated he had been contacted by PATRICK KENNEDY, Undersecretary of State, who had asked his assistance in altering the email's classification in exchange for a 'quid pro quo,'" the 302 states. "[Redacted] advised that in exchange for marking the email unclassified, STATE would reciprocate by allowing the FBI to place more Agents in countries where they are presently forbidden."

A second summary states Kennedy wanted an obscure B9 code applied to the email, allowing Kennedy to "archive the document in the basement of DoS (Department of State) never to be seen again." B9 is an exemption for "geological and geophysical information and data."

In a written statement Wednesday, the State Department questioned the competency of FBI investigators and the accuracy of the interview summaries that report Kennedy wanted a backroom deal on the record.

"Speaking to what actually did occur -- Under Secretary Kennedy sought to understand the FBI's process for withholding certain information from public release. Reference to a b9 exemption is mistaken," the State Department spokesperson said. "Under Secretary Kennedy explained that State's preference would be to use a b7 law enforcement redaction. In any case, the document still would have been released on our FOIA website."

But seasoned national security defense attorneys said an FBI 302 is a document of record.

"An FBI 302 does not contain opinion work by the FBI," defense lawyer Edward MacMahon Jr. said. "If somebody said that somebody offered me for something else, and that's in a 302, that agent is going to say I’m sure that that's exactly what happened."

Pressing for changes to the email classification after a congressional subpoena and preservation order were issued in March 2015 would have the effect of changing evidence, according to Republicans pursuing the matter.

"The FBI thought this information was not relevant and that is just stunning to me because this is some of the most unbelievable set of documents that we've seen to date," Chaffetz said. "It really goes to the core of why we're so concerned.”

State Department spokesman John Kirby said in a statement that while redactions are made to protect exempt information from public release, “That does not affect whether a document has been preserved for purposes of a congressional subpoena.”

The FBI and State Department both emphasize that no "quid pro quo" took place. The email classification was not changed in the end, and no additional FBI agents were assigned overseas.

In a Washington Post interview Tuesday, the now-retired FBI agent who dealt with Kennedy confirmed they discussed doing a favor for one another, but when the agent discovered a classified Benghazi email was involved, he turned Kennedy down.

But one of the FBI agent's colleagues told investigators the agent in fact pressured him to change the email to unclassified, and relayed the conversation with Kennedy as a quid pro quo. The retired agent disputes that description.