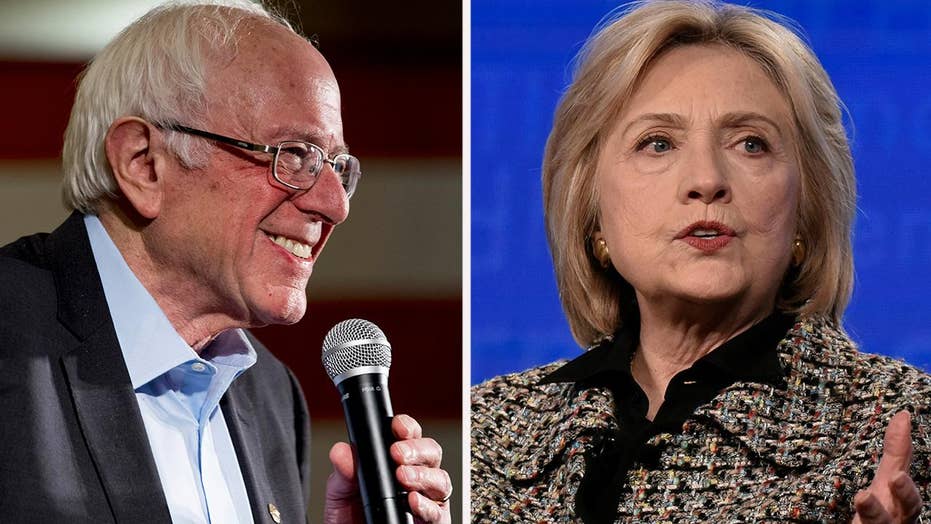 Hillary Clinton took a subtle swipe at her critics Wednesday morning after facing backlash over comments about Bernie Sanders, saying she thought everyone wanted to hear her “authentic, unvarnished views.”

She said: “Nobody likes him” and that “nobody wants to work with him."

A slew of 2020 presidential hopefuls pushed back at the comments, criticizing her for being divisive.

But Clinton had words for her critics.

“I thought everyone wanted my authentic, unvarnished views!” Clinton tweeted. “But to be serious, the number one priority for our country and world is retiring Trump, and, as I always have, I will do whatever I can to support our nominee.”

During the initial interview, which was published in The Hollywood Reporter on Tuesday, Clinton refused to say she would endorse Sanders as the Democratic nominee, should he garner the support.

“I’m not going to go there yet,” she said. “We’re still in a very vigorous primary season.”

GABBARD, YANG AND OTHER DEMOCRATS SLAM CLINTON REMARKS ON SANDERS AS PETULANT, DIVISIVE

Clinton, throughout the interview, slammed Sanders on accusations of sexism that have haunted his campaign in the wake of Sen. Elizabeth Warren, D-Mass., alleging he told her a woman could not win a presidential election during a private conversation in 2018. Sanders denies it.

“Well, number one, I think [that idea] is untrue, which we should all say loudly. I mean, I did get more votes both in the primary, by about 4 million, and in the general election, by about 3 million,” she said, but added that Sanders “said I was unqualified. I had a lot more experience than he did and got a lot more done than he had, but that was his attack on me.”

Meanwhile, 2020 Democrats like Rep. Tulsi Gabbard, D-Hawaii, and Andrew Yang fired back at Clinton after the interview was published.

“It’s time to grow up, you know? This isn’t high school,” Gabbard told WMUR-TV in Manchester. “We’re talking about real challenges that our country needs to address and the need for real leadership to focus on them—not on what’s going on in Washington and the schoolyard cliques or whatever else it may be.”

Yang weighed in as well, telling CBS News that: “For her to come back and, you know, say that nobody likes Bernie does not seem like a very helpful message.”

As for Sanders, though, he simply brushed off her remarks.