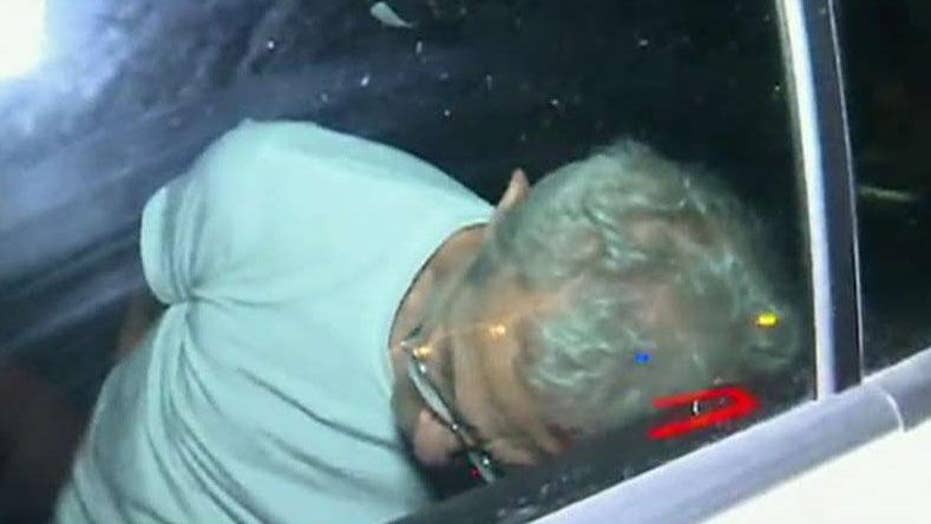 Hillary Clinton and Barack Obama still aren't saying what they will do with money they received from Democratic megadonor Ed Buck, even after he was charged Tuesday with running a drug house where two men died of overdoses -- and months after other top Democrats have tossed aside Buck's contributions.

Buck, 65, has donated more than $500,000 to a range of Democratic groups and politicians, including tens of thousands of dollars to California candidates such as Gov. Gavin Newsom. Buck is also well known in LGBTQ political circles.

He came under investigation in January after 55-year-old Timothy Dean was found dead of an accidental methamphetamine overdose in his apartment. It was the second such death in two years, following the July 2017 death of Gemmel Moore, 26.

The January episode prompted many Democrats to cut ties with Buck. The Democratic Congressional Campaign Committee (DCCC) told Fox News at the time it was "deeply disturbed" by Buck's alleged conduct, and quickly donated his thousands of dollars of contributions to the NALEO Education Fund.

In 2010, Ed Buck makes a campaign appearance for Meg Whitman, not shown, then a Republican candidate for governor of California, in Los Angeles. (AP Photo/Damian Dovarganes, File)

Other politicians also distanced themselves from Buck, and vowed to get rid of his campaign contributions.

“I am deeply disturbed by the latest revelations of a second death by overdose at the home of Ed Buck,” California Democratic Rep. Ted Lieu said in January, announcing plans to donate more than $18,000 in contributions to civil rights charities.

“I received a campaign contribution from Ed Buck and have donated the amount I received to a local charity, the Kenneth Young Center, to combat drug addiction,” Rep. Raja Krishnamoorthi of Illinois also said earlier this year.

But former Secretary of State Hillary Clinton and former President Barack Obama remained quiet on the subject in January -- and their spokespeople on Wednesday didn't respond to Fox News' request for comment on what they would do with their donations from Buck.

Buck donated at least $1,500 to Obama and $2,950 to Clinton, according to federal records. Obama has recently waded into the 2020 presidential race, and met this week with youth climate activist Greta Thunberg.

"For our community, a predator with a Jekyll and Hyde personality is now off the streets," the LACDP said. "And it is due to the ongoing support and pressure from many activists and community groups including Black Lives Matter, Jasmyne Cannick and more."

The LACDP told Fox News that they had not received money from Buck, and urged other Democrats to "be conscientious" on the matter.

"The LA Dems have not received money from Ed Buck in my tenure," LACPD Chair Mark J. González said in an email. "Outside our County party, I would strongly encourage Democrats to be conscientious of the contributions they receive."

Meanwhile, a black member of Congress on Wednesday called it "incomprehensible" that the wealthy gay activist has skirted punishment for so long. Rep. Karen Bass, D-Calif., on Wednesday specifically called Buck a predator and said authorities let him roam free even after two people died at his house.

Prosecutors say Buck used his position of power to manipulate male victims into participating in sexual fetishes that involved injecting them with meth.

In a motion Wednesday, prosecutors said Buck should be held on $4 million bail because he is a "violent, dangerous sexual predator" who offered drugs, money and shelter to mainly addicted and homeless men in exchange for participating in sexual fetishes, including a fetish that involved administering dangerous doses of drugs.

Buck "has no regard for human life," the motion said.

In their bail motion, however, prosecutors specifically blamed Buck's actions for the two deaths and they alleged he personally gave a dangerous dose of methamphetamine to a man who survived an overdose earlier this month.

On Sept. 11, the man returned and Buck injected him with two more dangerous doses, refused to help him and "thwarted" his efforts to get help until the man fled the apartment and called 911 from a gas station, prosecutors alleged.

"His deadly behavior has not stopped," prosecutors contended.

Buck's "predatory acts and willful disregard for human life must be stopped before another life is lost," their motion read.