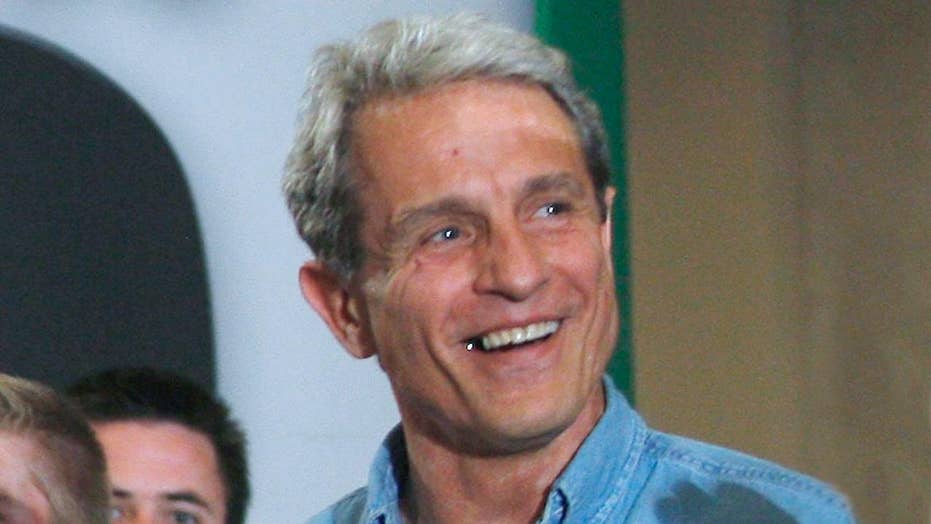 L.A. writer Jasmyne Cannick says her investigation into Gemmel Moore's death shows the Democrat megadonor is a predator who preys on black men and gets them addicted to drugs.

The Democratic Congressional Campaign Committee (DCCC) announced Monday that it will reallocate recent donations from megadonor Ed Buck, saying it was "deeply disturbed" after a second dead man was recently found in his apartment.

The repudiation by the Democratic congressional campaign arm comes as other high-profile recipients of campaign cash from Buck, including former Secretary of State Hillary Clinton and former President Barack Obama, remain quiet on the subject. Buck donated at least $1,500 to Obama and $2,950 to Clinton, according to federal records.

"We are deeply disturbed by the allegations in this case which is why the DCCC has donated Mr. Buck’s contributions from the last election cycle to the NALEO Education Fund and the Joint Center for Political and Economic Studies for a program to improve diversity in Congressional staffing," DCCC spokesman Jared Smith told Fox News.

(The DCCC later got back in touch with Fox News on Jan. 31 to say all the contributions were actually donated to NALEO).

The 64-year-old Buck, a well-known figure in LGBT political circles, has given more than $500,000 to a range of Democratic groups and candidates, including Los Angeles Mayor Eric Garcetti and newly installed Gov. Gavin Newsom. The DCCC has reportedly recieved at least $5,000 from Buck.

Dean, a fitness buff who once won a gold medal at the Gay Games, had said he was looking forward to a year of personal and professional growth.

"We are deeply disturbed by the allegations in this case."

Buck's attorney, Seymour Amster, told reporters Monday that Buck was cooperating with the investigation into Dean's death, which he called an accidental overdose. But authorities have disputed that characterization.

“He definitely has not been cooperative, as his attorney says. He refused to answer any questions when I tried speaking with him,” Los Angeles County Sheriff's Department Homicide Investigator Quilmes Rodriguez told Fox News via email Wednesday night.

Meanwhile, a third man came forward with an account of what he described as his drug-fueled interactions with the well-connected Californian.

Rep. Lieu says he's returning money given to him by Edward Buck after second body was found in Democratic donor's house

Investigators say they responded to the Democratic donor's house after getting a report of a person not breathing; Jeff Paul reports from Los Angeles.

Dean became the second black man in 18 months to die at Buck's apartment. In July of last year, prosecutors declined to file charges against Buck in the death of Gemmel Moore -- a male escort whose body was found in Buck's apartment, dead from a methamphetamine overdose, in July 2017. Prosecutors said there was insufficient evidence to make a case.

“I am deeply disturbed by the latest revelations of a second death by overdose at the home of Ed Buck,” California Democratic Rep. Ted Lieu said Wednesday, announcing plans to donate more than $18,000 in contributions to civil rights charities.

“I received a campaign contribution from Ed Buck and have donated the amount I received to a local charity, the Kenneth Young Center, to combat drug addiction,” Illinois Rep. Raja Krishnamoorthi of Illinois said.

California Rep. Pete Aguilar's campaign manager, Matt Liebman, told Fox News the contributions from Buck have been "donated to a charitable cause."

"Arrest Ed Buck, prosecute Ed Buck, and then a jury needs to convict Ed Buck," activist Jasmyne Cannick said to the crowd gathering outside the California residence Monday night. "This man has had two dead bodies in his house, and he is still in his house."

Said another demonstrator: "This man is a danger to our community."