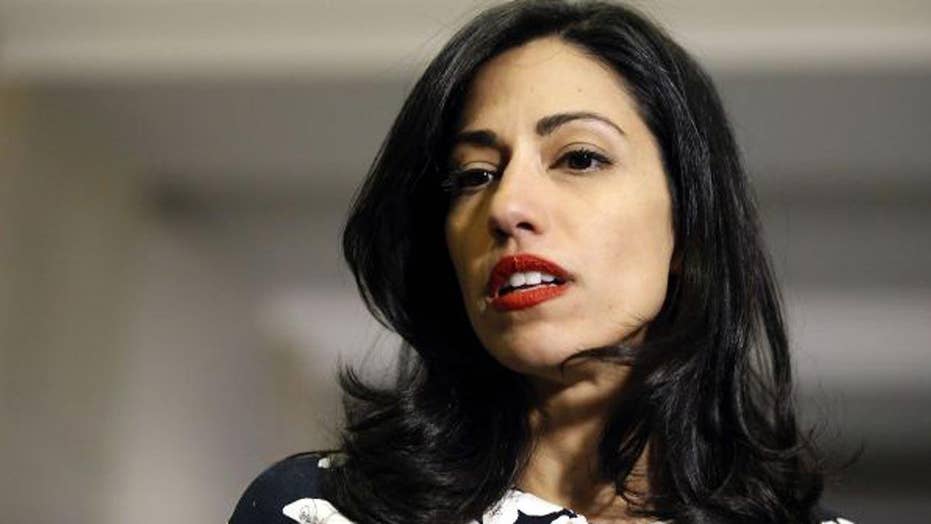 While many of Hillary Clinton’s top advisers have focused their post-presidential election fury on blaming alleged Russian interference and FBI Director James Comey for Clinton’s loss, some in the so-called “Hillaryland” orbit are looking inward, including pointing fingers at Clinton’s most-trusted aide: Huma Abedin.

“The real anger is toward Hillary’s inner circle,” a Clinton insider told Vanity Fair for a Wednesday feature on Abedin. “They reinforced all the bad habits.”

One of the most important people in that “inner circle” was Abedin, 40, who has been by Clinton’s side since she was a White House intern during President Bill Clinton’s tenure. The email trove hacked from Clinton Campaign Chairman John Podesta and posted on WikiLeaks shows Abedin, the estranged wife of disgraced ex-Congressman Anthony Weiner, as an important resource for the campaign. The vice chair of the Clinton campaign, Abedin offered guidance on Clinton’s probable thoughts regarding upcoming events, meetings and calls before the requests ever made it to the Democratic presidential candidate. While her fingerprints don’t often appear on policy issues, she weighed in with authority on most other matters.

Clinton was known to keep an extremely small and tight-knit group around her, and, indeed, during the 2016 primary and presidential campaign, the core group – including Campaign Manager Robbie Mook, Communications Director Jennifer Palmieri, adviser Cheryl Mills, Podesta and Abedin – never changed.

One Clinton insider, however, said the closeness of that group also created problems, prompting dismissive answers when new ideas that originated outside the circle were suggested, Vanity Fair reported.

“Where in most presidential campaigns the circle grows broader and broader, hers grew smaller and smaller,” a source told Vanity Fair.

A spokesperson for the Clinton campaign disputed that notion to Vanity Fair and said the campaign’s plane seated up to three times as many people during the run-up to the November vote. Abedin declined to be interviewed for the feature.

Abedin’s proximity to Clinton – and in turn the limelight – also created another issue, according to some observers.

“She was enjoying the red carpet and enjoying the photo spreads much too much in my opinion,” one Clinton insider told Vanity Fair. “She enjoyed being a celebrity too much.”

Though Abedin’s next move seems to be in limbo now that Clinton’s political career appears to be over, she was recently spotted at Clinton’s “Thank You” holiday party for top-tier donors on Thursday and then at an after party with fellow attendees Mick Jagger and Reese Witherspoon, The New York Post reported.

“Maybe I’m just p----- off, but I really don’t give a s--- about what happens to Huma to be honest with you,” one close adviser to Clinton told Vanity Fair.