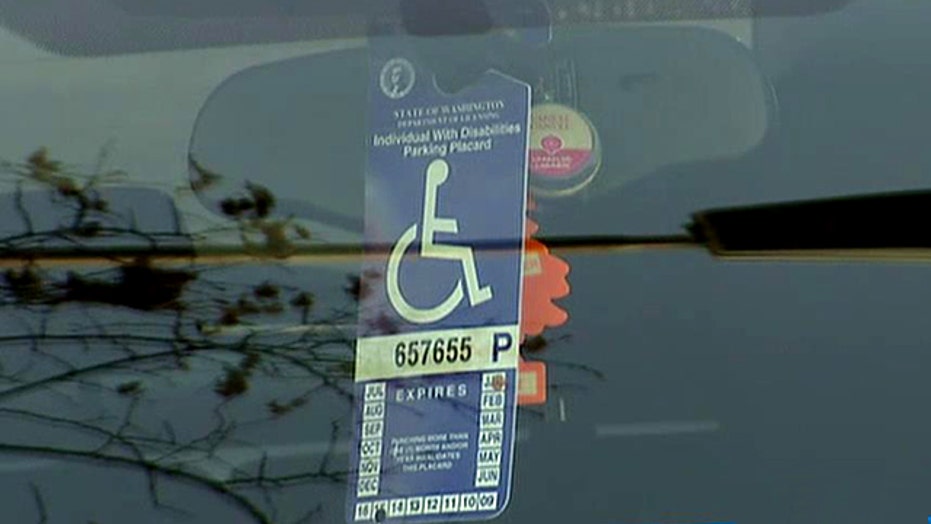 Go to just about any big U.S. city and you might see able-bodied drivers getting out of their cars and walking away without paying the meter. Often, they get away with it by hanging a blue, handicapped tag off their rear-view mirror.

The abuse is not new -- but increasingly, the free ride is coming to an end.

Portland, Ore., is the latest city to make drivers pay to park, even if they have a handicapped tag. Supporters say the move prevents drivers -- handicapped, and able-bodied -- from overusing parking spots, not to mention ending the fraudulent use of handicapped tags. But disability advocates and others say it's just unfair to those who are truly disabled.

But Portland City Councilman Steve Novick said: "When you make something free, you really encourage people to use it, and in this case overusing spaces intended for short-term turnover."

Since Portland started charging in July, the number of cars parking with placards has plunged 70 percent. It's evidence, some say, that many tag holders were scamming the system. But advocates for the disabled argue there could be another explanation: They can't afford to pay.

More than 20 states still require their cities to provide free parking to the handicapped. Several of those states, including California, impose no time limits, allowing cars to park with a placard for days or even weeks at a time.

There are a whopping 2.6 million placard holders in the Golden State, or 9 percent of the licensed drivers. A study conducted by students at UCLA looked at parking trends in downtown Los Angeles. It found, at various times, up to 44 percent of the metered parking spaces were occupied by cars with handicapped placards -- and those vehicles stayed in those spots, on average, 70 percent longer than the cars without placards.

If every placard issued results in $100 in lost parking revenue, the state is missing out on $210 million a year. In San Francisco, there are 60,000 placard holders and only 30,000 metered spaces.

In such states and cities, downtown companies also complain that they're losing business because customers can't find parking. But the tide seems to be turning.

Portland has followed other cities including Chicago, Baltimore and Arlington, Va., in ending free handicapped parking at meters. Most are going to a two-tier system where wheelchair users don't pay, but everyone else does. Supporters say it works by turning over spaces more frequently and freeing them up for those who really do need them.

But there could be legal challenges to these policies in the near future. Kelly Burkland, executive director of the National Council on Independent Living, said charging the handicapped for parking may violate the Americans with Disabilities Act. Burkland said cities must make sure meters are accessible to all disabled drivers.