Sen. Cindy Hyde-Smith, R-Miss., insisted Sunday that she was complimenting a supporter when she said, “If he invited me to a public hanging, I’d be on the front row,” a comment that was captured in a video recording.

The Republican lawmaker is now facing backlash for the remark from her opponent in Mississippi U.S. Senate race, which will head to a runoff later this month.

The video clip surfaced on social media Sunday in a post by Lamar White Jr., who is the publisher of the news site The Bayou Brief. White told The Associated Press he obtained the recording from an individual he described as “a very reliable, trusted source.” White added that his source acquired the video from the individual who recorded it, he said.

In the recording, Hyde-Smith stands alongside a man in front of a small crowd. Some clapping is audible on the video after the comment was made.

A cattle rancher had introduced the lawmaker to the group, who all gathered in Tupelo, Miss. on Nov. 2, according to The Associated Press.

Democratic candidate Mike Espy slammed Hyde-Smith in a statement for her remarks, questioning her capability to adequately represent Mississippi.

“Cindy Hyde-Smith’s comments are reprehensible. They have no place in our political discourse, in Mississippi, or our country,” the statement posted to Twitter said. “We need leaders, not dividers, and her words show that she lacks the understanding and judgment to represent the people of our state.”

However, Hyde-Smith defended her comment in a statement obtained by The Associated Press, saying that it was meant to be overstated praise for the individual who invited her.

“I referred to accepting an invitation to a speaking engagement,” Hyde-Smith said in a statement, obtained by The Associated Press. “In referencing the one who invited me, I used an exaggerated expression of regard, and any attempt to turn this into a negative connotation is ridiculous.”

A representative for Hyde-Smith did not immediately return Fox News’ request for comment. 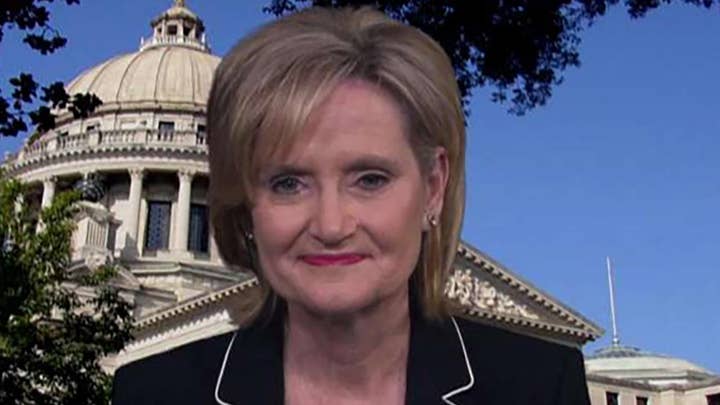 Hyde-Smith, who was tapped by Republican Gov. Phil Bryant to temporarily succeed retired Sen. Thad Cochran, and Espy each received 41 percent of the vote on election day. Whoever wins the runoff election on Nov. 27 gets the final two years of Cochran’s term.

White told The Associated Press that he believes he received the video because he has been writing about racism in the South for about a dozen years.

"There's no excuse to say what she said," White said of Hyde-Smith.