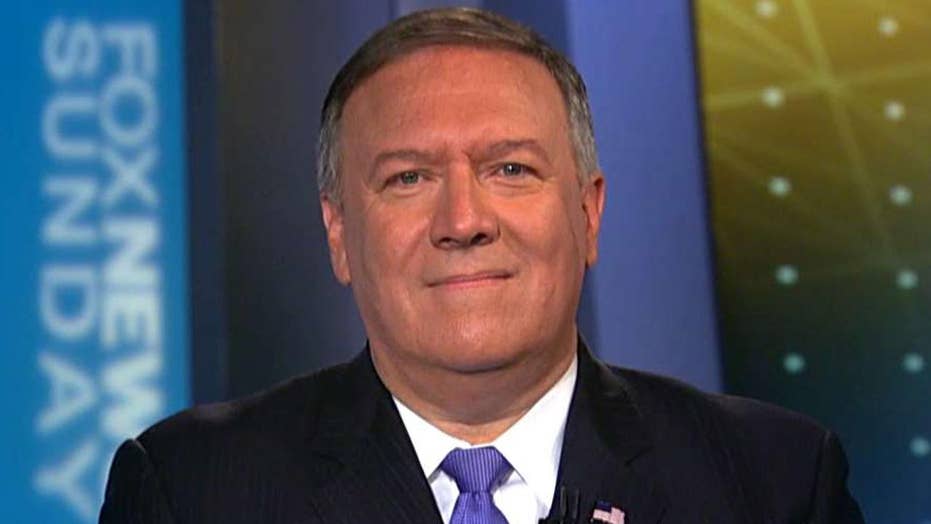 CIA Director Mike Pompeo on Sunday defended President Trump’s tough rhetoric toward North Korea and praised the administration for “uniting the world” in trying to denuclearize the Korean Peninsula while making clear there is no intelligence that shows a nuclear war is “imminent.”

“There’s nothing imminent,” Pompeo told “Fox News Sunday." “There’s no intelligence indicating we’re on the cusp of a nuclear war.”

Pompeo praised the efforts of U.S. Ambassador to the United Nations Nikki Haley and Secretary of State Rex Tillerson in getting China and Russia to join in a unanimous U.N. vote recently to impose tougher sanctions on North Korea, amid the country’s pursuit of a nuclear weapon.

Trump last week said North Korea would be met with “fire and fury” if leader Kim Jung Un followed through on a threat to execute a missile strike on nearby Guam, a U.S. territory with an American military base.

Despite calls for Trump to tone down the rhetoric and end the back-and-forth with Kim, the president continued to make his point, saying Friday that the United States military is “locked and loaded.”

Pompeo said Sunday, “The president made clear to the North Korea regime how America will respond if certain actions are taken.

“We are hopeful that the leader of the country will understand [Trump's remarks] in precisely the way they were intended, to permit him to get to a place where we can get the nuclear weapons off the peninsula. …. That’s the best message you can deliver to someone who is putting America at risk.”

The director also dismissed talk from those in previous administrations who suggested the Trump White House was surprised by a news report that North Korea now has a miniaturized nuclear warhead that can be put on an intercontinental ballistic missile that could hit the U.S.

“It doesn’t surprise me that those who came before us were surprised; they did nothing,” Pompeo said.