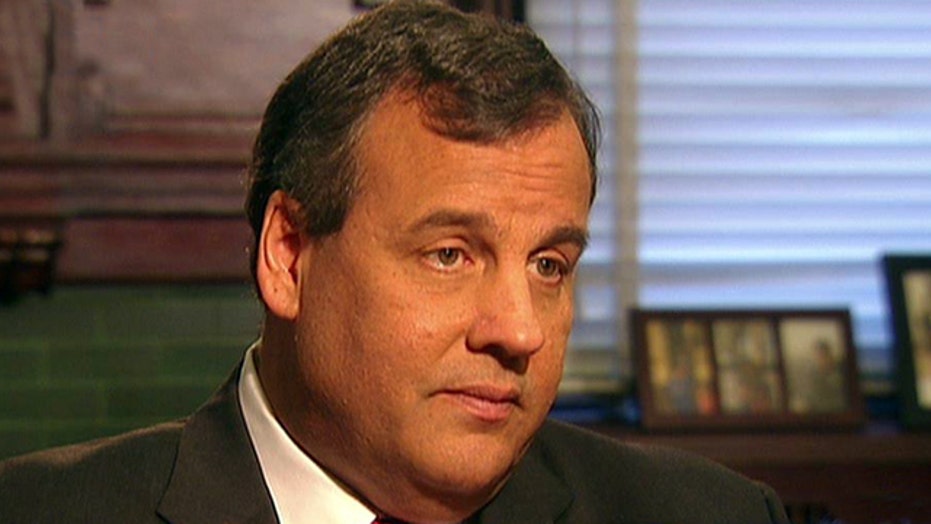 Gov. Christie on what he learned from the scandal

N.J. governor addresses report that cleared him in bridge scandal

New Jersey Gov. Chris Christie, on the heels of an internal review that cleared him in the still-churning road closure scandal, told Fox News he feels exonerated and indicated the ordeal will not impact his decision on whether to run for president in 2016.

“There’s no baggage here because I didn’t do anything,” the Republican governor told Fox News’ Megyn Kelly on “The Kelly File” when asked whether the scandal would hinder a presidential run.

The governor spoke with Fox News on Friday just hours before giving his first press conference since the scandal broke in early January. A day earlier, a law firm he brought in to examine last year’s controversial lane closures near the George Washington Bridge concluded that Christie was not involved, and faulted the two officials long at the center of the scandal – former Port Authority official David Wildstein and ousted Christie aide Bridget Kelly.

Asked whether Bridget Kelly would back up the governor’s story under oath, Christie said: “I have no idea, but all I can tell you is it's the truth.”

Christie pledged that no emails or phone records or taped calls will emerge showing he knew about this, “because I didn’t.”

Christie spoke extensively during the interview about his leadership style, public perceptions and his family.

“I am not one of these typical blow-dry focus group shellacked politicians, and some people love that, and some people don’t,” he said. “But at the core … this is who I am and so if I tried to change that, people would see me as faking it. And I get accused of a lot of things, but faking is not one of them, at least not yet.”

He acknowledged he has a “direct” style, but said people often look at “a small sliver of a couple of YouTube moments.”

Christie spoke in personal terms about how his family has reacted to the scandal, describing how his 20-year-old son asked him once if he knew about the wrongdoing.

“I said ‘of course I didn't.’ And he said ‘I didn't think you did, Dad, but I had to ask you.’ … And I said ‘are things tough for you at school?’ And he's at Princeton, and he said ‘no it's really no different, Dad, they never liked you here anyways,’” Christie said, laughing.

The governor said he’s spending much more time at home than he used to. But when asked whether that lifestyle adjustment might affect considerations about a presidential run, Christie said, “I don't think that portion of my reordering will affect, in any way, that decision-making process.”

He described that process as a “family decision” and, ultimately, “my decision.”

Whether the scandal creates too much baggage for a presidential run, he said, “will be for other people to judge.” But he predicted “that eventually will wash out as it’s starting to already.”

He added: “Because what the American people and the people of New Jersey really care about is ‘did you do it?’ And when they find out you didn’t, I think what you’re going to find is that they’ll just say ‘okay.’”

Stoking speculation about Christie’s flirtation with a presidential bid, the governor was heading afterward to Las Vegas to speak alongside other potential candidates before the Republican Jewish Coalition. Hosting that gathering is GOP mega donor Sheldon Adelson, who was heavily involved in the 2012 race and is poised to be again in 2016.

Though Christie is touting the latest internal review, conducted by former federal prosecutors, Democrats have roundly dismissed it as a whitewash. One Democratic Party spokesman called it an “expensive sham.” Other reviews and investigations are ongoing.

Christie, though, defended the work of the report’s authors, both during his interview with Fox News and during his press conference.

Though other probes will continue to examine whether Christie was in any way involved, still unclear is why Kelly and Wildstein engineered the closures. They were supposedly targeting Fort Lee Mayor Mark Sokolich, but the latest investigation did not turn up evidence that it was because the mayor wouldn’t endorse Christie. Christie said during his press conference the decision still “mystifies me.”

In the wake of the controversy, the governor told Fox News he has learned to ask “a lot more questions than I used to before and maybe trust less unconditionally.”