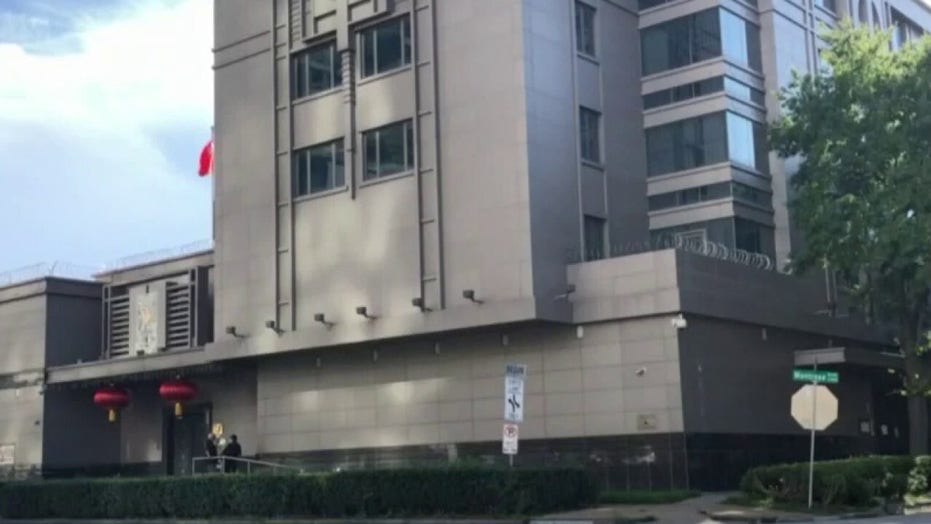 US orders China to close consulate in Houston

The U.S. is ordering Beijing to close its consulate in Houston in order to protect American intellectual property; Rich Edson reports on the latest.

The Chinese consulate in San Francisco is harboring a biology researcher who falsely denied connections to the Chinese military to obtain a visa and gain access to the country, according to court documents filed by the FBI.

The filing came as part of a document that cited a slew of other episodes in which Chinese nationals allegedly lied on their visa applications by hiding their military connections. Axios' Bethany Allen-Abrahimian broke the story.

Tang Juan, a researcher at the University of California, Davis, stated on her J-1 visa application that she "had never served in the military, but open source investigation revealed photographs of her in the uniform of the Civilian Cadre of the PLA [People's Liberation Army], and that she had been employed as a researcher at the Air Force Military Medical University, which is another name for FMMU [Fourth Military Medical University]," the FBI claimed.

Then, during an interview with FBI agents on June 20, Tang "denied serving in the Chinese military, claimed she did not know the meaning of the insignia on her uniform, and that wearing a military uniform was required for attendance at FMMU because it was a military school."

The FBI revealed it then executed a search warrant immediately at Tang's home and found additional evidence of Tang’s PLA affiliation.

"The FBI assesses that, at some point following the search and interview of Tang on June 20, 2020, Tang went to the Chinese Consulate in San Francisco, where the FBI assesses she has remained," the bureau announced. 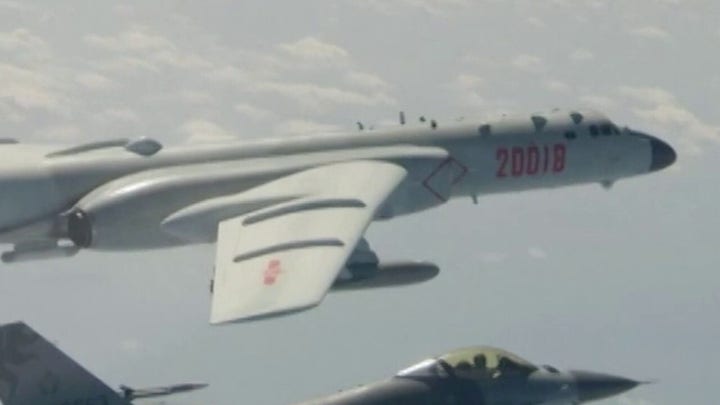 There existed evidence in at least one case "of a military scientist copying or stealing information from American institutions at the direction of military superiors in China," the bureau went on. The court documents contained similar evidence against several other Chinese scientists.

Chen Song, for example, was an "active duty People's Liberation Army military scientist who lied to get into the United States, attempted to destroy evidence and lied extensively to the FBI when interviewed," the government wrote in charging documents.

"Defendant’s case is not an isolated one, but instead appears to be part of a program conducted by the PLA—and specifically, FMMU or associated institutions—to send military scientists to the United States on false pretenses with false covers or false statements about their true employment," the FBI said, referring to Chen Song. Another case involves a suspected spy working for UCSF.

Meanwhile, the United States ordered China to close its consulate in Houston, escalating tensions between the world’s largest economies as President Trump has ramped up punitive measures against China ahead of the November U.S. election. Beijing denounced the order Wednesday as "outrageous" and claimed it would draw a firm response if not reversed.

The physical closure of the consulate, one of China's six missions in the United States, marked a dramatic step in increasingly contentious relations that have been strained not only by the coronavirus pandemic but also by disputes over trade, human rights, Hong Kong and Chinese assertiveness in the South China Sea.

Previous Trump administration measures against Chinese officials, students and researchers have included travel bans, registration requirements and other steps intended to reduce the country's footprint in the United States. The administration also has announced its outright rejection of virtually all Chinese maritime claims in the South China Sea.

These actions have come as Trump has sought to blame China for the coronavirus outbreak in the U.S., where cases have soared. Trump himself said more closures could be coming if China didn't change its behavior. "It's always possible," he told reporters at the White House.

The Chinese Consulate General in Houston. Police and fire officials there responded to reports that documents were being burned in the courtyard of the consulate Tuesday night, according to the Houston Police Department. (AP Photo/John Mone)

The State Department announced it ordered the consulate closed within 72 hours after alleging that Chinese agents have tried to steal data from facilities in Texas, including the Texas A&M medical system statewide and The University of Texas MD Anderson Cancer Center in Houston.

There were indications consulate staff were preparing to leave: Papers were being burned on the consulate grounds late Tuesday night — a common practice when a diplomatic post is being shuttered on short notice.

Cai Wei, the Chinese consul general, told KTRK-TV in Houston the order to shut down was "quite wrong" and "very damaging" to U.S.-China relations.

Asked about accusations of espionage and stealing data, Cai said, "You have to give some evidence, say something from the facts. ... Knowing Americans, you have the rule of law, you are not guilty until you are proved guilty."

State Department spokeswoman Morgan Ortagus said in a statement that the closure was "to protect American intellectual property and Americans' private information."

A firetruck outside the Chinese Consulate in Houston on Wednesday. (AP Photo/David J. Phillip)

"The United States will not tolerate (China's) violations of our sovereignty and intimidation of our people, just as we have not tolerated (China's) unfair trade practices, theft of American jobs, and other egregious behavior," she said.

Testifying before Congress on Wednesday, Deputy Secretary of State Stephen Biegun lamented that relations today have been "weighed down by a growing number of disputes," including commercial espionage, intellectual property theft and unequal treatment of diplomats, businesses and journalists.

Those factors led to Trump's action, he told the Senate Foreign Relations Committee.

The Justice Department on Tuesday had announced the indictments of two Chinese hackers on charges of trying to steal pharmaceutical secrets from U.S. companies related to the COVID-19 pandemic that originated in China. Although there was no indication the indictments and the consulate action were related, the U.S. has long alleged China has been involved in nefarious activity around the country, including from its Houston consulate.

Even before the U.S. announced the closure, which was conveyed privately to the Chinese ambassador on Tuesday, China strongly condemned it.

"The unilateral closure of China’s consulate general in Houston within a short period of time is an unprecedented escalation of its recent actions against China," Foreign Ministry spokesperson Wang Wenbin said. He warned of firm countermeasures if the U.S. did not reverse itself.

First responders "were told that people inside the consulate, that they were burning paperwork because they were in the process of being evacuated from the building," Houston Mayor Sylvester Turner said.

Foreign diplomatic missions have operated under legal immunities accorded by international law and may not be entered without permission. However, the destruction of confidential documents at a facility that has been ordered or otherwise forced to close on short notice, including U.S. missions, was not unusual. Most recently in the United States, Russia's consulate in San Francisco made news for burning large amounts of material when it was ordered closed in 2017.

Aside from the diplomatic ramifications, the closure of the Houston consulate could make it more difficult for China to provide assistance to its citizens in the southern United States and for U.S. nationals seeking visas and other services there.

In addition to its embassy in Washington and its mission to the United Nations in New York, China has consulates in New York, Chicago and Los Angeles. In an apparent bid to stave off the reciprocal closure of an American diplomatic mission in China, the State Department told the Chinese that it would not reopen its consulate in Wuhan, two U.S. officials who were not authorized to discuss the matter publicly told The Associated Press anonymously.

The U.S. consulate in Wuhan was shuttered in late January at the height of the coronavirus outbreak that started there, but the State Department had informed Congress in early June that it planned to reopen it, possibly this summer.

Besides Wuhan, the U.S. has four other consulates in China — in Shanghai, Guangzhou, Chengdu and Shenyang — along with its embassy in Beijing and a consulate general in Hong Kong.

In a reflection of China’s economic importance, a Houston business group expressed regret at the announcement, saying the consulate has been important in building trade, investment and cultural ties. It noted that the Houston consulate was China’s first in the U.S. when it opened in 1979.