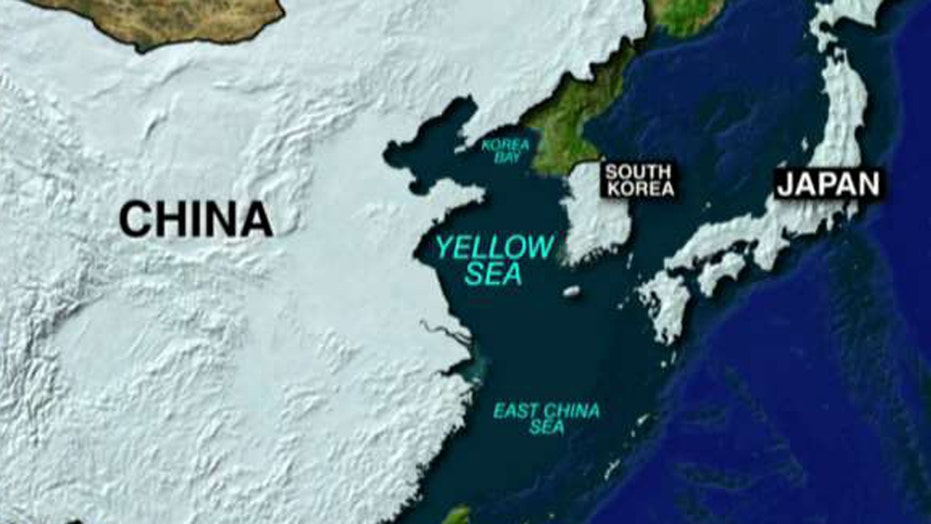 The Pentagon said Tuesday that it was reviewing what it called an "unsafe" intercept of an Air Force reconnaissance plane by at least one Chinese jet over the Yellow Sea last week.

Pentagon spokesman Peter Cook said that the American RC-135 was intercepted by a Chinese fighter approximately 80 miles east of northeastern China's Shandong Peninsula on Sept. 15. Cook said there was no indication that the planes came close to colliding, but the crew of the American plane reported that one of the Chinese jet's maneuvers appeared to be unsafe.

The Wall Street Journal later reported that two Chinese JH-7 aircraft came within 500 feet of the RC-135's nose while the American plane was conducting a routine patrol in international airspace. There was no immediate explanation for the discrepancy in the reported number of Chinese planes involved.

The latest incident was disclosed ahead of a state visit by Chinese President Xi Jinping, who was scheduled to spend three days meeting with technology and business leaders in Seattle before arriving in Washington Friday. Beijing has not spoken publicly about the confrontation.

Last week's encounter was the first hostile intercept of a U.S. jet by China since August 2014, when a rogue Chinese pilot harassed several American patrol planes, at one point doing a barrel roll near a Navy P-8 Poseidon surveillance plane. The harassment ceased after the State Department submitted an official complaint.

"The long period between this intercept and the last unsafe intercept, as well as the nature of this intercept, indicate that this may be an isolated incident," Cmdr. Bill Urban, a Pentagon spokesman, told the Wall Street Journal.

Earlier this month, a flotilla of Chinese warships passed through U.S. territorial waters in the Bering Sea off Alaska, a maneuver that coincided with President Obama's visit to the state. The Journal reports that Washington and Beijing have agreed to a "memorandum of understanding" regarding naval encounters in international waters. The agreement is aimed at avoiding provocative actions or misunderstandings. The paper reported that a similar agreement for aerial encounters could be released during Xi's visit to Washington.