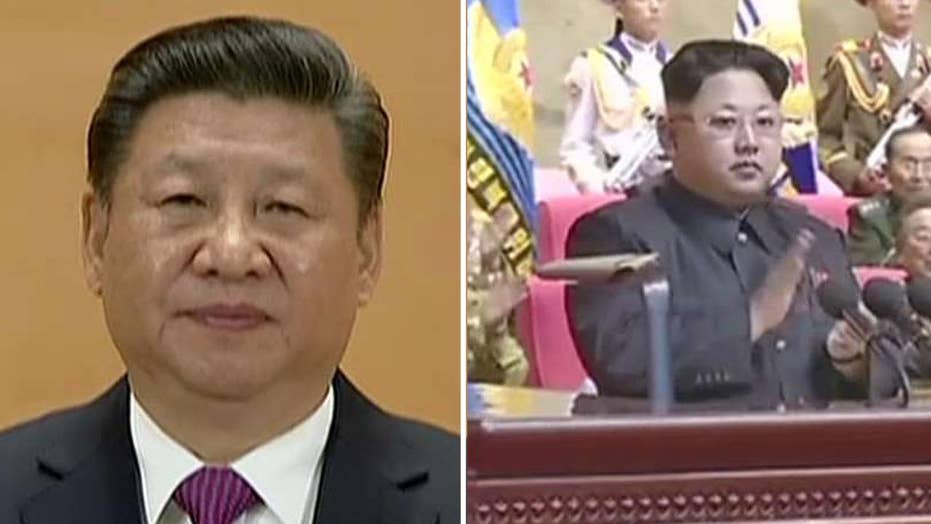 Amb. John Bolton says Korean reunification is the only answer

China has sent a flotilla of North Korean freighters loaded with coking coal back to their home ports, according to an exclusive Reuters report. Meanwhile, China has placed massive orders for the steel-making commodity from U.S. producers.

Information on the Thomson Reuters Eikon financial information and analytics platform revealed that 12 freighters were returning to North Korea.

The Dandong Chengtai said it had 600,000 tons of North Korean coal sitting at various ports and that there were 2 million tons stranded at Chinese ports to be sent back to North Korea, Reuters said.

The move reflects China’s public commitment on Feb. 26 to join other nations in punishing North Korea for its continued nuclear weapons and ballistic missile development program. China said in February it was suspending North Korean imports for the rest of this year.

China is North Korea's largest source of trade and aid and targeting coal imports are meant to deprive Pyongyang of an important source of foreign currency.

FILE - In this Oct. 16, 2014 file photo, fog hovers over a mountaintop as a cutout depicting a coal miner stands at a memorial to local miners killed on the job in Cumberland, Ky. The Republican-controlled Kentucky state legislature is on the cusp of lifting its decades-long moratorium on nuclear energy, a move unthinkable just three years ago in a state that has been culturally and economically dominated by coal. As the coal industry continues its slide, even Republican lawmakers are acknowledging a need for alternatives. (AP Photo/David Goldman, File) (AP)

As it halts imports of North Korean coal, China is increasing the amount of coal it buys from U.S. producers, Reuters said.

Global coal supplies have tightened recently, partly as a result of China forcing domestic producers to cut output and a cyclone curbing Australian coal shipments. The effect of the tightened coal supply has driven the price of premium coking coal to three times the level it was just one year ago.