Gen. Thompson predicts 'tremendous threat' China could be the 'leader in space' within decade

China appears to be eyeing its first permanent military base on the shores of Africa's Atlantic coast, and Washington – not keen on the idea – has already started a diplomatic effort to put the kibosh on any plans, a report said.

U.S. officials, citing classified American intelligence reports, told the Wall Street Journal that Beijing could be eyeing Equatorial Guinea’s port city of Bata for the base. The report said Bata already comes with a deep-water port that had been upgraded by China Road & Bridge Co. from 2009 to 2014. The report said U.S. intelligence first learned of the possibility of the base in 2019.

Todd Breasseale, the Department of Defense spokesman, told Fox News in an email that "part of U.S. diplomacy to address maritime security issues, the administration has made clear to Equatorial Guinea that certain potential steps involving PRC activity there would raise national security concerns."

The White House did not immediately respond to an after-hours email from Fox News seeking comment. Tensions between the U.S. and China have been running high. Beijing has criticized U.S. warships that frequent the South China Sea, and the U.S. has accused China of destabilizing the region due to aggression directed at Taiwan. 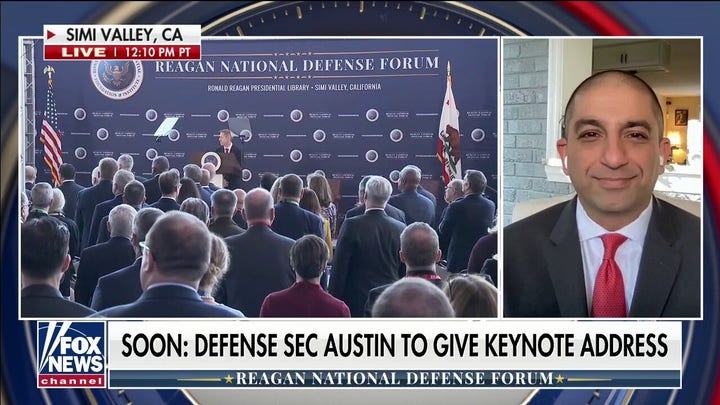 President Biden has said it is a top priority of his administration not to let China surpass the U.S. during his presidency. The report comes just days after the Pentagon announced plans for major infrastructure improvements at military airfields in Guam and Australia to counter China.

SPACE FORCE GENERAL: CHINA, RUSSIA ‘CATCHING UP QUICKLY TO US’

Jon Finer, the principal deputy U.S. national security adviser, visited the Central African country in October in an effort to dissuade President Teodoro Obiang Nguema Mbasogo and his son from agreeing to the deal, according to the Journal. The White House said in a statement at the time that the two discussed "ways to enhance maritime security and end the COVID-19 pandemic."

President Joe Biden and first lady Jill Biden on the South Lawn of the White House after arriving in Washington on Sunday, Dec. 5, 2021. (Al Drago/Bloomberg via Getty Images)

One administration official told the paper that the U.S. has "made clear to Equatorial Guinea that certain potential steps involving [Chinese] activity there would raise national-security concerns."

Gen. Stephen Townsend, the commander of U.S. Africa Command, said in April that the "most significant threat" from Beijing would be a naval base on Africa’s Atlantic coast. The Journal said the possibility of the base is "setting off alarm bells at the White House and Pentagon."