Cheney: Republicans have a lot to come together on to work against Biden

Rep. Liz Cheney tells 'America's Newsroom' that the House GOP conference has much to unite on after she cast her impeachment vote against President Trump.

Cheney, the House GOP conference chair, told "America's Newsroom" she was confident the caucus would be united going forward. She has faced calls to step down from her post after she was one of 10 Republicans who voted to impeach Trump for inciting an insurrection at the U.S. Capitol, and she has also received a 2022 primary challenger for her at-large House seat in Wyoming.

"We have differences of opinion about a whole range of issues including this one. I anticipate and am confident that we will be united as a conference going forward," Cheney said. "We recognize how important it is to make sure that we're standing up and fighting against the policies of the Biden administration, the policies that we know are going to be very damaging for the country."

Cheney has stood by her impeachment vote, saying Trump's rhetoric about having the election stolen led directly to a mob of his supporters storming the Capitol on Jan. 6 to disrupt certification of the Electoral College. The melee led to five deaths and ultimately Trump's second impeachment, and Cheney said there had never been a "greater betrayal" by a president to the Constitution and his oath of office. 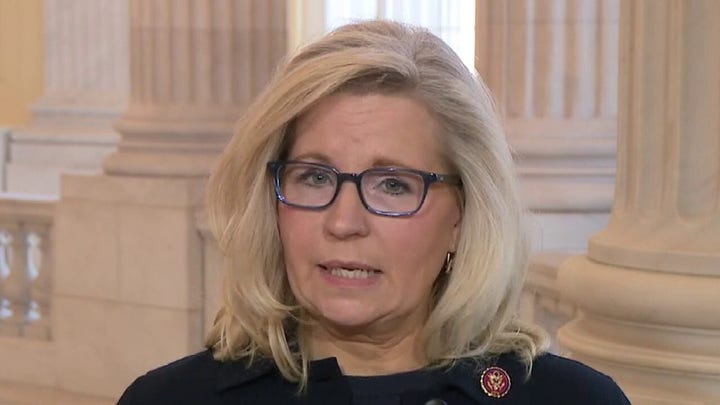 "I think it's important that what happened on January 6th never happen again," she said. "I think it's also important we come together as a party now to move forward, to make sure that we are fighting against the kinds of policies that we know the Democrats are going to put forward and also that we're putting forward a positive agenda of hope and opportunity for the future letting people understand what Republicans stand for.

Cheney ripped Biden for his decision to cancel the Keystone Pipeline and said his progressive executive orders stood at odds with his inaugural call for unity in the country.

"It doesn't reduce emissions to do that," she said. "It just reduces jobs."