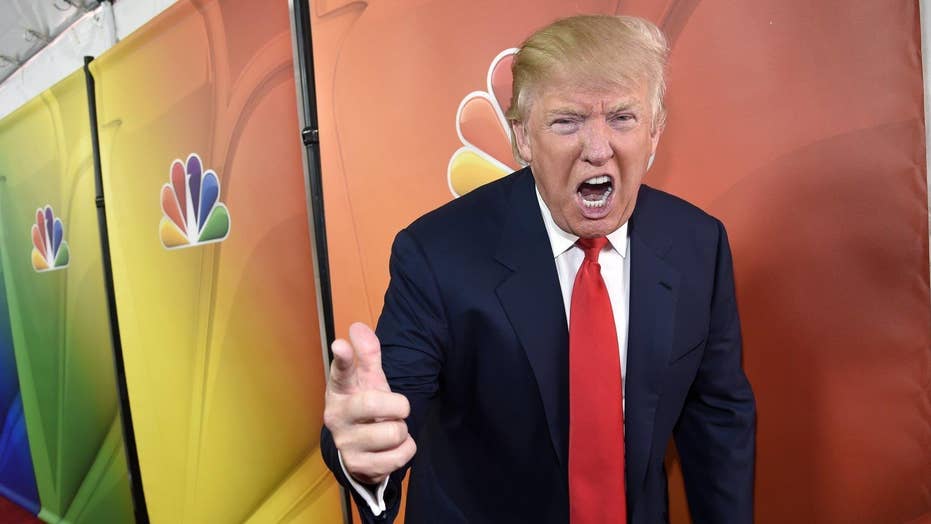 Trump vs. the celebrities

Many reject role at inauguration

The politics of hate is getting out of control.

For all the positive aspects of social media, the amount of venom being spewed there threatens to desensitize us all.

Take Charlie Sheen. Okay, he’s a liberal Hollywood guy who hasn’t exactly led an exemplary life. He has a history of alcohol and drug problems. He was kicked off his CBS show and living with a couple of call girls. He belatedly admitted he had HIV as the National Enquirer was about to report it.

So after the sad deaths of Carrie Fisher and her mom, Debbie Reynolds, Sheen tweeted this:

That’s right, this screwed-up actor wished death on the next president of the United States.

When I took to (where else) Twitter to denounce this, here are some of the responses I received:

Lanark: ‏ No. Should be listened to. By God.

rjlarios@hotmail.com:Trump is a menace to the USA and the entire world!! He could be the cause of millions of deaths so why shouldn't he go first!

Chris Bavelles: its not about political differences it's about something so much worse. I applaud Charlie for tweeting out. And so should you.

Shawn: It's Trump, he's human garbage, it's just like emptying the trash in your house.

Lovely. So some folks think it’s perfectly all right to urge the death of the president-elect, and joined Sheen in that wish.
And then there were some like this:

michael cuviello: I did not hear the outtrage over what the Trump campaign guy said from the right.

This is unfortunately typical of what passes for debate on social media. If you decry something ugly that someone tweeted, some people say: Yeah, but what about so-and-so saying such-and-such at the other end of the political spectrum? What about that, huh?As if that somehow justifies the offensive words by someone on your side.

In this case, the reference was to Trump’s former New York co-chairman Carl Paladino, a onetime gubernatorial candidate and member of the Buffalo school board, which called for his resignation.

Paladino had said he hoped President Obama would die of mad cow disease. As for Michelle Obama, “I’d like her to return to being a male and let loose in the outback of Zimbabwe where she lives comfortably in a cave with Maxie, the gorilla.”

This racist garbage was followed by a Paladino apology, and the Trump campaign denounced the remarks. I had been on vacation when this was reported.

To be clear, I have no problem with people using strong language and venting their political views. If Charlie Sheen wants to rail against Trump and his policies—his dad, Martin Sheen, joined in an anti-Trump election ad—that’s his right.

But when you start calling for people to die, or unload with racist or misogynist or anti-Semitic sentiments, decent folks have every right to declare that unacceptable.

Sheen’s remarks barely caused a ripple, perhaps because they were aimed at Trump, who has been the target of an unprecedented level of negative coverage. If a celeb as well known as Sheen had called for Obama’s death, there would have been a barrage of headlines.

Or perhaps it reflects the fact that Twitter has become such a toxic stew that even the most outrageous stuff rarely bubbles up to the top.