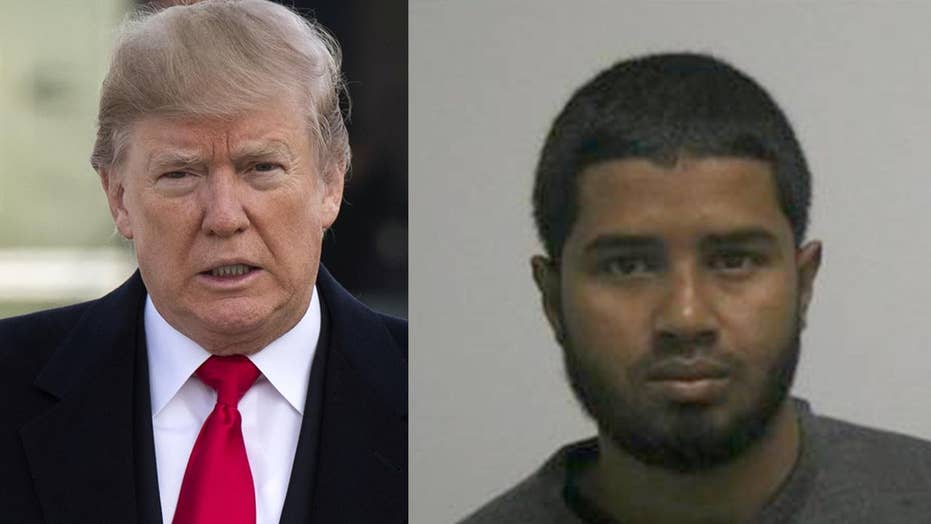 What is chain migration, what does it have to do with the Port Authority attack on December 11, and why does the White House want to end it?

He “was admitted to the United States after presenting a passport displaying an F43 family immigrant visa in 2011,” Houlton said of Ullah, who “is a Lawful Permanent Resident … who benefited from extended family chain migration.”

Ullah was one of 141,501 immigrants who have entered the U.S. from Bangladesh through chain migration since 2005, according to the White House.

“Chain migration” occurs when immigrants enter the U.S. through sponsorship from family members already settled in the country. Critics have said it theoretically could trigger an endless flow of family members emigrating in.

The term made headlines in recent months after another New York City terror suspect, Sayfullo Saipov, entered the U.S. through the Diversity Visa Program — a State Department program which allows a maximum of 50,000 people from “countries with historically low rates of immigration” to enter the U.S. each year.

White House Press Secretary Sarah Sanders noted on Monday that President Trump's “policy has called for an end to chain migration. If that has been in place, that would have prevented this individual from coming to the United States.”

“The president is aggressively going to continue to push forth immigration reform and ending chain migration will certainly be a part of that process,” Sanders added.

What is the F43 family immigrant visa?

The F43 is a classification of the documentation of immigrants and nonimmigrants by U.S. Citizenship and Immigration Services (USCIS).

The “F43” classification specifically is designated for immigrants who enter the United States as the child of a sibling of a U.S. citizen who’s at least 21 years old, according to USCIS.

Ullah emigrated to the U.S. months before his 21st birthday, the official said. Had he been 21 years old, a family member would not have been allowed to petition for him to obtain a visa.

What is a lawful permanent resident?