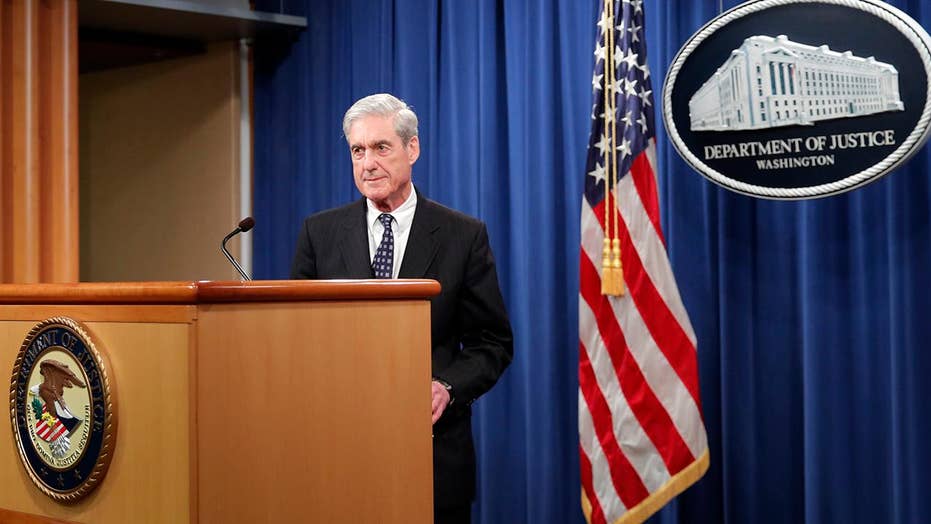 Democrats, media in a frenzy over impeachment following Mueller's statement

While the prospect of impeachment has caught a lot of media attention, Fox News Senior Capitol Hill Producer Chad Pergram said the sheer number of supportive politicians made it very unlikely.

"The breakdown right now is 432 members [in the House of Representatives] ... there are 44, count them, members, 44 members -- one of them is a Republican -- [Rep.] Justin Amash from Michigan -- who are for impeachment," Pergram told Fox News host Bill Hemmer in his "Hemmer Time" podcast published on Thursday.

"That works out to 9.8 percent -- not even 10 percent -- so when you hear all this noise about impeachment, they are nowhere near that number," he added.

Pergram recalled how when former President Richard Nixon faced impeachment in 1974, the House tally was 410-4 to give the Judiciary Committee broad authority to investigate him.

He noted, however, that things could change as they did in 1972 and 1973 after Nixon fired his special prosecutor in the Saturday Night Massacre, along with the Watergate tapes and battles over congressional subpoenas.

Pergram's comments came as House Speaker Nancy Pelosi, D-Calif., pushed back on her members' request to impeach. While appearing on late night host Jimmy Kimmel's show on Thursday, Pelosi argued that impeachment creates a situation where Trump might not face prosecution after he leaves office because the Republican-led Senate's acquittal would somehow prevent that.

"He knows it’s not a good idea to be impeached, but the silver lining for him is then he believes he would be exonerated by the United States Senate, and there’s a school of thought that says if the Senate acquits you, why bring charges against him in the private sector when he’s no longer president?" she told Kimmel.

KIMMEL PRESSES PELOSI ON IMPEACHMENT: WE NEED YOU TO 'TAKE CARE OF THIS'

Noting that only 19 people have been impeached in the history of the Republic, Pergram said it was "very rare" for Congress to achieve a "successful impeachment of any sort."

Impeachment, many have speculated, could also be problematic for Democrats as they approached 2020. The major candidates all seemed to coalesce around an anti-Trump message while the frontrunner, former Vice President Joe Biden, opened his campaign with a video tearing into the president.

According to Pergram, Biden was perceived as a "soft frontrunner" given his long history in Congress. "The way it was described to me, Bill, is that he is a soft frontrunner and you're seeing some of that. The idea that nobody has as much name-recognition as he does, nobody has as much firepower as he does -- even [Sen.] Bernie Sanders, [I-Vt.] -- but when you serve in the senate for as long as he did -- starting in the 1970s -- you're going to have a long track record," he said.

That long track record, Pergram said, opened him up to a lot of criticism. "The longer you're up here, you develop a long track record and then people can either use that to your benefit or to your detriment," Pergram told Hemmer.