Rep. Maxine Waters, D-Calif., said on Thursday that she was dedicating the $494 billion coronavirus stimulus relief bill currently being debated on Capitol Hill to her sister who she said is currently dying from the virus.

“I’m going to take a moment to dedicate this legislation to my dear sister, who is dying in a hospital in St. Louis, Missouri, right now, infected by the coronavirus,” Waters said.

Like many of her colleagues in the House, Waters was wearing a face mask at the Capitol, but removed it to make the dedication to her sister.

The day's debate was almost overshadowed by social distancing steps, producing a stark image of how the pandemic is changing what used to be normal behavior in Washington.

As House Speaker Nancy Pelosi, D-Calif., spoke, she lowered the white scarf that had covered much of her face. House Chaplain Patrick Conroy delivered the opening prayer while wearing a yellow protective mask, and most lawmakers and aides on the chamber's sparsely populated floor wore masks as well.

With the entire Capitol closed to the public, visitors' galleries were set aside for lawmakers in an effort to separate them.

The package was headed toward certain, overwhelming approval later Thursday, an action that would send the measure to President Trump for his signature. The Senate approved the legislation Tuesday. 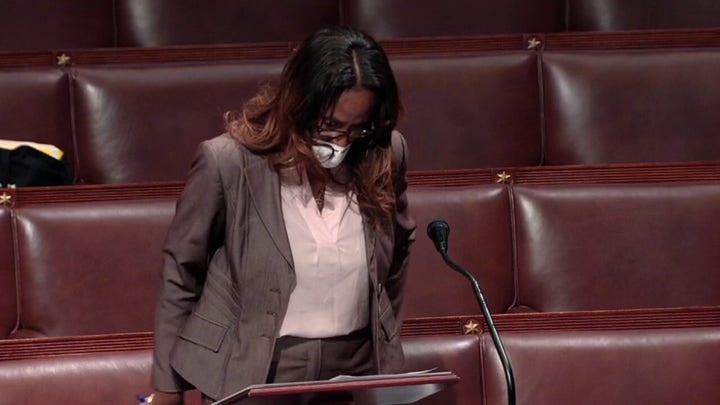 But partisan divides remained over the government's response to the country's unprecedented health and economic crises — some of them literally visible.

Of the roughly two dozen lawmakers on the chamber's floor as debate began, just two were not wearing masks — Republican Reps. Jim Jordan of Ohio and James Comer of Kentucky.

In addition, Republicans chided Democrats for holding up the initial version of the bill by Senate Majority Leader Mitch McConnell, R-Ky., which included just $250 billion, all of it for small businesses.

After two weeks, GOP leaders agreed to expand the bill as Democrats insisted on more money for small businesses in minority and rural communities, hospitals and for virus testing. During that period, the government exhausted an initial $250 billion lawmakers had provided in earlier emergency legislation.

Pelosi blamed Republicans and McConnell for the holdup, saying Democrats had changed a GOP-written “corporate-oriented trickle-down bill to a worker-first, bubble-up bill." 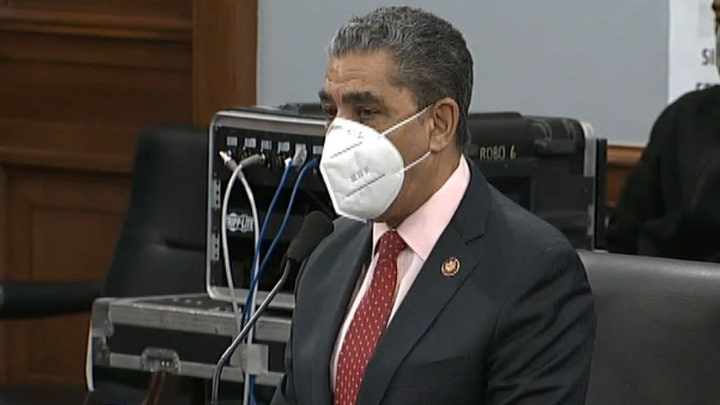 She also singled out McConnell for at first opposing adding any money to his original $250 billion package and saying cash-strapped states should be allowed to declare bankruptcy, a move they currently cannot do and that would threaten a broad range of state services.

Despite the political rhetoric, large majorities of both parties were sure to back the measure by a wide margin. Anchoring the bill is a request by the Trump administration to replenish a fund to help small- and medium-size businesses with payroll, rent and other expenses.