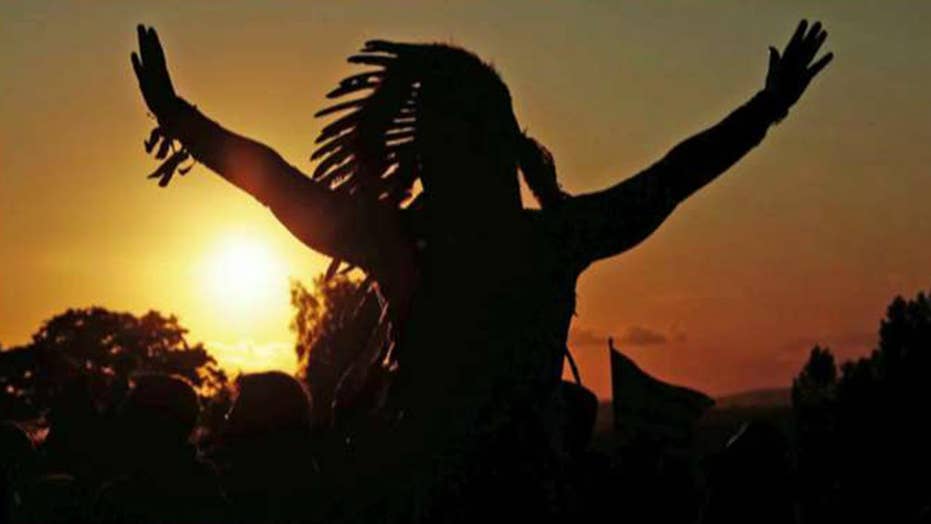 Behind the plan for the autonomous Native American nation

The plan to break California off from the rest of the U.S. is back with a new twist. The leaders of Calexit have announced a new version of their plot to create an independent California: All federal lands in California will be returned to the Indian tribes, creating

The co-founder of a movement calling for California to secede from America -- after giving away nearly half the state to form an "autonomous Native American nation" -- suggested Wednesday that Massachusetts Sen. Elizabeth Warren might not be welcome in the proposed new territory.

Speaking on Fox News' "Tucker Carlson Tonight," "Calexit" organizer Marcus Ruiz Evans said the issue ultimately would be up to the "brown-skinned" inhabitants of the California spinoff state.

"Elizabeth Warren would not be able to come in there, unless the Native people of the area say she's welcome," Evans said. "If they didn't do that, it doesn't matter what she says; she wouldn't be allowed in."

Warren has long been accused of falsely saying she is of Native American heritage to help in securing jobs, including one as a Harvard law professor. President Trump has repeatedly called Warren, a Wall Street critic and potential White House rival, “Pocahontas,” to highlight the controversy.

President Trump has suggested tossing a DNA testing kit at Warren during a presidential debate. (AP)

Calexit's new plan to give Native Americans all federal lands in the state, running from the border with Mexico to the state boundary shared with Oregon, was announced earlier this week.

Because most of the federal land would include conservative-leaning portions of California, the plan would create a “buffer zone between Donald Trump’s America and the new independent California Republic,” Evans said in a statement Tuesday.

Evans explained to Carlson that while eastern California admittedly isn't the state's prime real estate, giving it away “would at least be a step in the right direction” -- and, he claimed, a better system than existing Native American reservations, which he said remain subject to federal interference.

Another Calexit co-founder, Louis Marinelli, told Fox News he is well-aware that many conservatives support California leaving the rest of the country.

“We would love to see official numbers on nationwide support for Calexit,” he said, adding that, “on a constant basis ... people [are] emailing how they want California to secede, or as they put it: break off and fall into the ocean.”

Calexit is distinct from Cal 3, a prominent parallel effort to split California into three states, purportedly to improve its governance.

The California Supreme Court earlier this month blocked the Cal 3 proposal from the November ballot, saying it was too significant a change to the state’s structure to be undertaken by a ballot initiative. Instead, the court ruled, the state’s constitution required action by the legislature.

The move was a setback not just for Cal 3, but also for Calexit, whose organizers say is often confused for Cal 3 and could face similar legal objections.