The family of a Border Patrol agent who was killed in 2010 said Tuesday that Democrats should agree to President Trump's request for $5 billion to fund a wall along the U.S.-Mexico border.

Brian Terry was killed on Dec. 14, 2010, during a gunfight between agents and members of a so-called cartel "rip crew." His death exposed Operation Fast and Furious, in which the Bureau of Alcohol, Tobacco, Firearms and Explosives (ATF) allowed criminals to buy guns in Phoenix-area shops with the intention of tracking them once they made their way to Mexico. Two such guns were found at the scene where Terry was killed.

"Eight years ago our government failed us when Brian was shot and killed," Terry's uncle Ralph said in a statement. "Brian’s death sent a powerful message to this nation on the need for border security. Unfortunately some in Congress have ignored that message.” 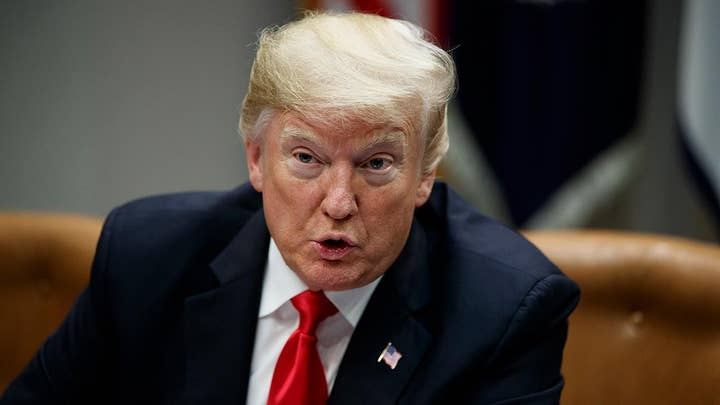 The wall issue has threatened to force a partial government shutdown if the White House and leaders of both parties in Congress cannot agree on a way to fund key government departments by midnight Friday. The standoff dispute could affect nine of 15 Cabinet-level departments and dozens of agencies, including the departments of Homeland Security, Transportation, Interior, Agriculture, State and Justice, as well as national parks and forests.

House Democratic Leader Nancy Pelosi, D-Calif., and Senate Minority Leader Chuck Schumer, D-N.Y., have made it clear they are not interested in approving any funding for a border wall. Earlier Tuesday, a Senate Democratic aide told Fox News that Senate Majority Leader Mitch McConnell, R-Ky., proposed $1.6 billion for border fencing, as outlined in a bipartisan Senate bill, plus an additional $1 billion that Trump could use on the border. Democratic leaders rejected the offer.

Late Tuesday, Trump tweeted that Democrats "are saying loud and clear that they do not want to build a Concrete Wall - but we are not building a Concrete Wall, we are building artistically designed steel slats, so that you can easily see through it.

"It will be beautiful and, at the same time, give our Country the security that our citizens deserve," Trump added.