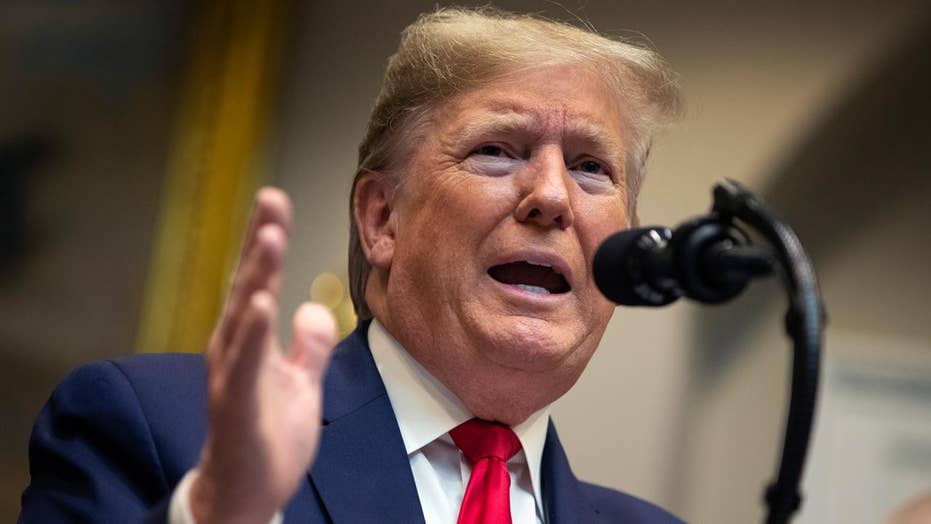 British Prime Minister Boris Johnson says he would welcome a new 'Trump deal' with Iran to replace the Obama-era Iran nuclear deal established in 2015. The Heritage Foundation's Nile Gardiner weighs in on what this sort of deal could potentially look like and how might it change our relationship with Iran.

"If we're going to get rid of it, let's replace it and let's replace it with the Trump deal," Johnson told BBC, referencing the 2015 Joint Comprehensive Plan of Action (JCPOA) nuclear deal between Iran and world powers.

"President Trump is a great deal maker, by his own account and others," he continued in an interview with BBC Breakfast’s Dan Walker. "Let's work together to replace the JCPOA and get the Trump deal instead."

“We’ve got to stop the Iranians acquiring a nuclear weapon… That’s what the Joint Comprehensive agreement does,” he added.

In May 2018, Trump withdrew U.S. support from the Iranian nuclear deal signed by his predecessor President Obama in 2015. His administration reimposed waves of sanctions on Tehran, while the Iranian regime violated the agreement’s restrictions on stockpiled uranium.

Johnson’s remarks came amid mounting pressure from Parliament to side with Trump and abandon the nuclear deal after Iran allegedly violated international law by detaining the British ambassador in Tehran for several hours over the weekend. Iran accused British ambassador Rob McGuire of participating in anti-government demonstrations that broke out across the city after Tehran admitted “in error” it shot down a Ukrainian jetliner last week, killing all 176 passengers and crew aboard. Of the dead, three Britons perished.

McGuire later tweeted that he had not participated in protests and had attended an event advertised as a vigil for plane crash victims for a few minutes before leaving. Trump meanwhile tweeted a message, translated to Farsi, pledging his support to protesters in the Iranian capital.

“To the brave, long-suffering people of Iran: I've stood with you since the beginning of my presidency, and my administration will continue to stand with you. We are following your protests closely, and are inspired by your courage,” Trump wrote.

In the 30-minute interview Tuesday, Johnson reiterated that his main priority was to avoid entering a military conflict in the Middle East.

“Clearly, Iran, as President Rouhani has said, made a terrible mistake. It’s good that they’ve apologized,” Johnson said of the Ukrainian jetliner crash.  “The most important thing now is that tensions in the region calm down.”

Trump has slammed the nuclear deal for making hundreds of billions of dollars -- that was either unfrozen or sent to Iran directly in cash – available to Tehran’s rogue regime, which then in turn funded its state-run “terrorist spree” that created “hell in Yemen, Syria, Lebanon, Afghanistan and Iraq.”

China, France, Germany, Russia and the United Kingdom were also a part of the agreement.

Johnson’s interview seemed to conflict with an earlier statement he made jointly with Germany’s Chancellor Angela Merkel and France’s President Emmanuel Macron over the weekend, pledging allegiance to the JCPOA.

“Today, our message is clear: We remain committed to the JCPOA and to preserving it; we urge Iran to reverse all measures inconsistent with the agreement and return to full compliance; we call on Iran to refrain from further violent action or proliferation; and we remain ready to engage with Iran on this agenda in order to preserve the stability of the region,” the three had said, according to the Washington Examiner.