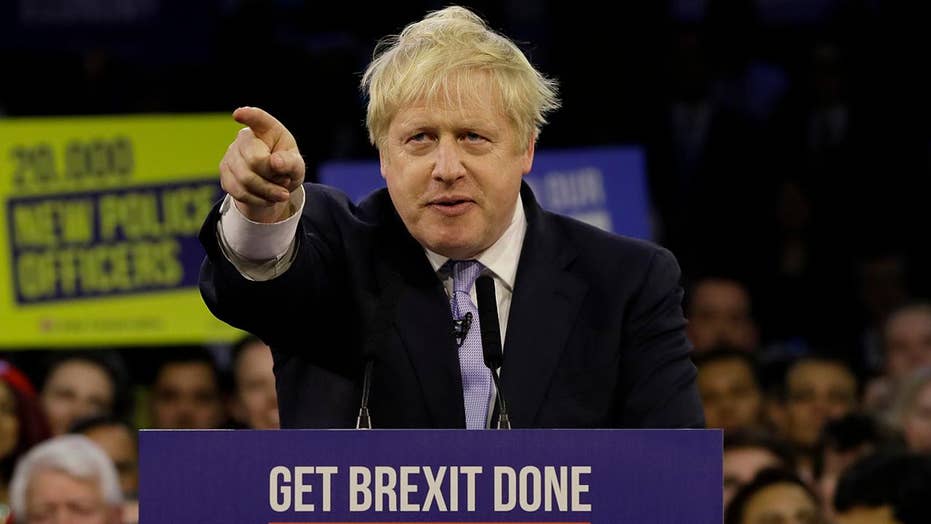 Members of Parliament voted 358 to 234 to send Johnson’s Withdrawal Agreement Bill to the next phase of more scrutiny and possible amendments before the House of Lords approves it.

Johnson ran last week’s general election on a promise to end more than three years of political gridlock and lead Britain out of the European Union on Jan. 31.

British Prime Minister Boris Johnson speaks during the Brexit debate on The European Union (Withdrawal Agreement) Bill in the House of Commons in London, Friday Dec. 20, 2019. (House of Commons via AP)

The U.K.'s departure will open a new phase of Brexit, as Britain and the EU race to strike new relationships for trade, security and a host of other areas by the end of 2020.

Brexit will be done, it will be over... This is a time when we move on and discard the old labels of 'leave' and 'remain'. Now is the time to act together as one reinvigorated nation.

Before Friday's vote, Johnson painted it as a moment of closure for Britons, saying, "Brexit will be done, it will be over."

"This is a time when we move on and discard the old labels of 'leave' and 'remain',' he added. "Now is the time to act together as one reinvigorated nation."

He said passing the bill would end the "acrimony and anguish" that has consumed the country for the last three years.

British lawmakers approved in principle Prime Minister Boris Johnson’s Brexit bill, clearing the way for the U.K. to leave the European Union next month. The House of Commons voted 358-234 on Friday for the Withdrawal Agreement Bill. (House of Commons via AP)

Britain voted narrowly to leave the EU in a 2016 referendum. But previous attempts by Johnson and his predecessor, Theresa May, to pass a Brexit deal through the U.K. Parliament foundered as lawmakers objected to sections of the agreement and demanded a bigger say in the process. Johnson’s election victory finally gives him the power to get his way.

The bill commits Britain to leaving the EU on Jan. 31 and to concluding trade talks with the bloc by the end of 2020. Trade experts and EU officials say striking a free trade deal within 11 months will be a struggle, but Johnson insists he won’t agree to any more delays, The Brexit bill has been amended to bar ministers from agreeing to extend the transition period with the EU.

The new divorce bill needs to be ratified by the European Parliament, whose vice president, Pedro Silva Pereira said officials expect to happen by Jan. 29.

Very little will change immediately after Brexit. Britain will remain an EU member in all but name during the 11-month transition period that ends in December 2020.