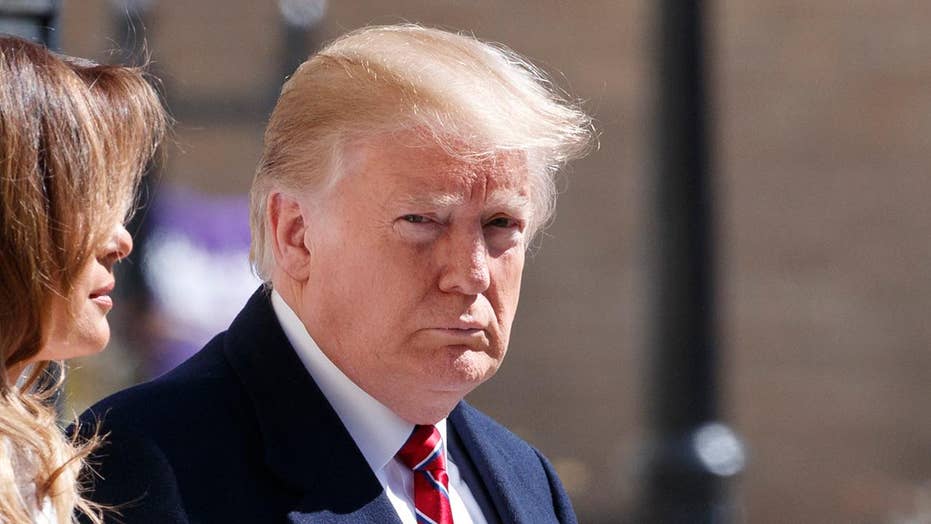 It’s unclear what legislative issues may consume Congress between now and the end of September but one thing’s for sure: President Trump’s veto of a measure to terminate his national emergency for the border has the potential to spark another government shutdown on Oct. 1.

Yes, the president and Congress just sparred over the border wall during the 35-day shutdown which ended this past January. They could be back at it again soon because Trump elected to go around Congress, testing the limits of the Constitution and separation of powers, and mining appropriations bills for wall money.

It was thought that the bipartisan attitude on Capitol Hill which forged a funding agreement could generate cooperation and goodwill heading into Fiscal Year 2020. But, President Trump’s national emergency declaration may have doomed any charity left in Congress.

The House and Senate lack the votes to override Trump’s veto. The House is about 40 votes shy. The Senate is eight votes off the mark. The House is still set to try the override on March 26, but it's almost certain the override endeavor will perish there -- and President Trump will use his declaration to use various military funds to cover the cost of the wall unless blocked by a federal court. 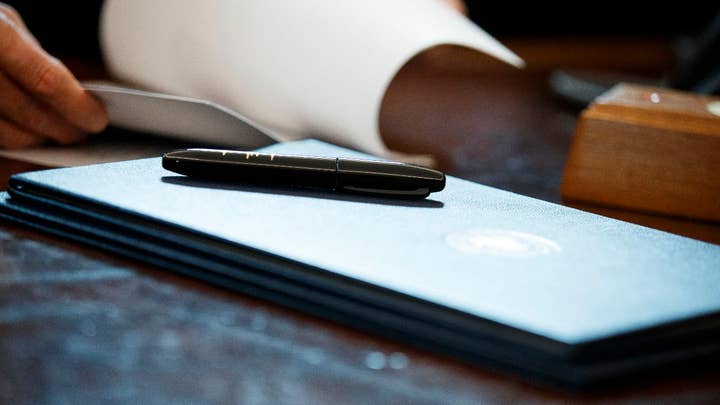 “He is planning to take funds from real, effective operational priorities and needed projects and divert them to his vanity wall. That may help shore up his political base, but it could come at the expense of our military bases and the men and women of our Armed Forces who rely on them,” said Sen. Jack Reed, D-R.I., the top Democrat on the Armed Services Committee.

Congress is just starting to prepare the 12 appropriations bills which fund the government for FY ‘20. Almost all Democrats, and frankly, many Republicans, have described Trump’s effort to bypass Congress as brazen. Lawmakers of both parties have guarded Congressional prerogatives of the purse closely, so it's likely a bipartisan group of lawmakers will start to install restrictions to curb the president from diverting funds in the next spending round – without direct Congressional approval.

President Trump’s budget request calls for $8.6 billion in wall funding for FY ‘20. Congress likely will grant the president some of the money – but not all. Will he attempt to sidestep Congress again? Will Trump veto bills where Congress tries to re-assert its power of the purse or curb his ability to circumvent the traditional appropriations process? That’s where a possible shutdown comes in. 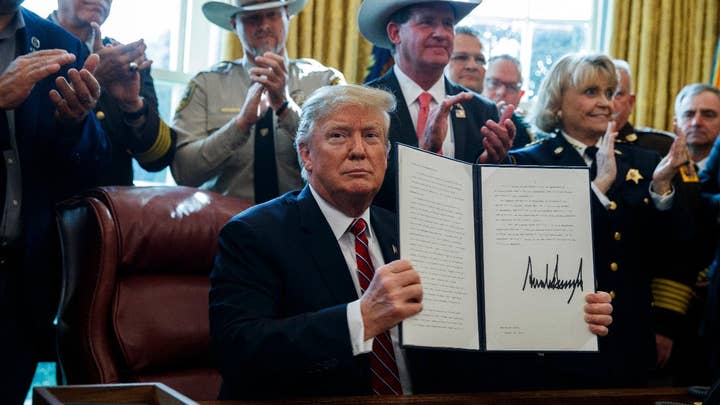 Meantime, it's unclear what Congress can tackle the rest of the year.

Infrastructure? No action. Washington recently saw another “infrastructure week” but there was no sign of any progress.

There’s a lot of talk about trade, but the administration hasn’t yet forged a formal agreement with China. Negotiators did ink a pact with Canada and Mexico to replace the North American Free Trade Agreement (NAFTA). Still, there’s no timetable for the House or Senate to consider the new United States-Mexico-Canada Agreement (USMCA). U.S. Trade Representative Robert Lighthizer met last week with House Democrats, but it’s anyone’s guess when or if anything could move through Congress on trade.

The agenda in the Senate focuses mostly on the confirmation of judges and other administration nominees. Senate Majority Leader Mitch McConnell, R-Ky., has a few more queued up for next week, but the actual GOP agenda is unclear. 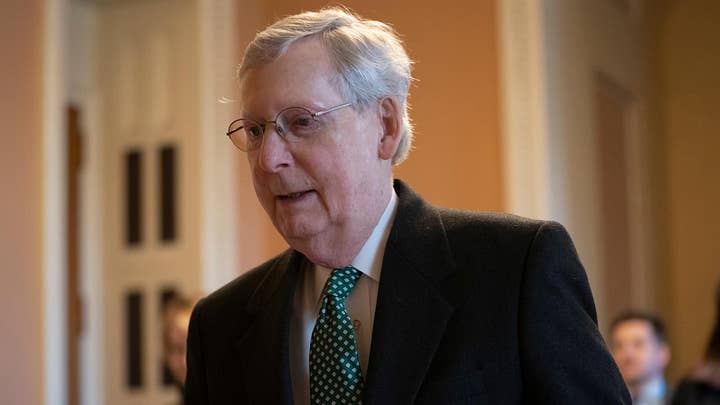 Tax reform is done, for good or ill. Republicans can’t go back to take yet another stab at repealing and replacing ObamaCare, so the GOP is trained on problems of the Democrats. McConnell, House Minority Leader Kevin McCarthy, R-Calif., House Minority Whip Steve Scalise, R-La., and House Republican Conference Chairwoman Liz Cheney, R-Wyo., routinely have pilloried Dems over their own internal divides. GOP leaders simply have pointed out issues Democrats have had with Reps. Alexandria Ocasio-Cortez of New York, Ilhan Omar of Minnesota and Rashida Tlaib of Michigan, among others. The House Republican leadership brass routinely has gone after House Speaker Nancy Pelosi, D-Calif., for not doing more to keep the conduct of Omar and Tlaib in check.

McConnell’s set up a procedural vote to try starting debate next week on the Green New Deal, backed by Ocasio-Cortez and others. The Senate needs 60 yeas just to launch debate. 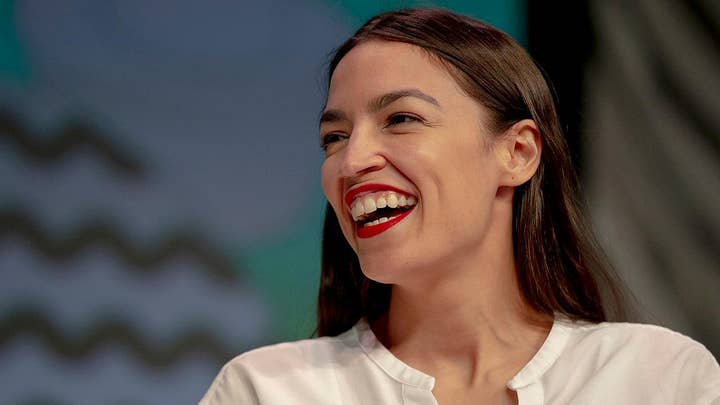 Senate Republicans certainly don’t support the Green New Deal. McConnell’s gambit is to get Democrats on the record as either supporting or rejecting the measure. Consider all of the Senate Democrats running for President: Kirsten Gillibrand of New York, Elizabeth Warren of Massachusetts, Cory Booker of New Jersey, Kamala Harris of California and Amy Klobuchar of Minnesota -- not to mention Bernie Sanders, I-Vt. McConnell clearly would love to register a roll call vote on where Democrats stand in favor of the Green New Deal. Then, Republicans could crow about how radical and out-of-step the Democrats have been.

Or, McConnell also would enjoy Democrats opposing the Green New Deal. He then could exclaim that Ocasio-Cortez’s blueprint was too drastic even for the most liberal and environmentally friendly voices in the Democratic party. Either way, McConnell would get something he's wanted.

But, it’s unclear whether he would score something definitive. The vote set for next week is just a procedural vote. It’s two steps away from an actual up-or-down vote on the underlying measure. Any vote to start debate -- or to prevent the measure from coming to the floor -- is muddled when it comes to messaging. Sure, McConnell could say that Ocasio-Cortez’s resolution was too far-flung to merit debate. But, that’s not the strongest argument to make in politics.

This is why the legislative agenda on Capitol Hill is so jumbled. There’s no clear path on what the sides can accomplish in the coming months. There will be a fight over lifting the debt ceiling this summer. How the sides resolve that is unclear. And the national emergency declaration likely will create yet another standoff over the border wall in September.

In other words, the rest of 2019 could reflect how the year started.