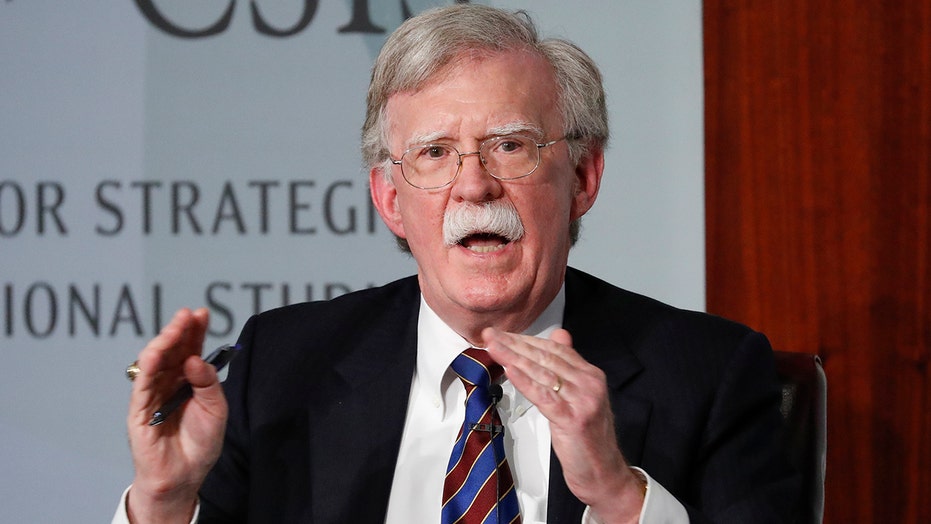 Anchors press him on book payday.

An attorney for John Bolton said the ex-White House national security adviser will "cooperate fully" after it emerged that the Justice Department is reviewing whether he used classified information in his tell-all memoir from his experience within the Trump administration.

A source familiar with the situation confirmed to Fox News on Tuesday that the Justice Department has launched a criminal investigation into whether Bolton included classified information in his book. The source confirmed earlier news reports from the New York Times and the Wall Street Journal regarding the existence of a grand jury and a subpoena for Simon & Schuster, the publisher.

In a statement to Fox News Tuesday, Bolton’s attorney Charles J. Cooper said they are “aware of reports that grand jury subpoenas have been issued seeking information concerning the publication of Ambassador Bolton’s recent book.”

TRUMP BLASTS BOLTON AS A 'WASHED UP CREEPSTER' AS BOOK HITS THE SHELVES, SAYS HE SHOULD BE 'IN JAIL'

“Ambassador Bolton emphatically rejects any claim that he acted improperly, let alone criminally, in connection with the publication of his book, and will cooperate fully, as he has throughout, with any official inquiry into his conduct,” Cooper said.

Cooper’s comment comes after The New York Times reported Tuesday that the Justice Department had opened a criminal inquiry into whether Bolton’s memoir, “The Room Where It Happened: A White House Memoir,” which was released this summer, contained classified information.

The Justice Department did not immediately respond to Fox News' request for comment.

“Under federal law and the nondisclosure agreements your client signed as a condition for gaining access to classified information, the manuscript may not be published or otherwise disclosed without the deletion of this classified information,” Ellen J. Knight, a National Security Council aide, wrote in a letter to Bolton attorney Charles J. Cooper.

But a federal judge in June allowed Bolton’s memoir to be released, despite concerns it contains classified information, but tore into the former national security adviser for having “gambled” with national security.

The Justice Department had sought an injunction and a temporary restraining order to prevent the release of "The Room Where It Happened," saying that the book contained classified information and that Bolton had deliberately bypassed the necessary classification review process that he had agreed to.

“In exchange for money, he has broken that promise,” David Morrell, deputy assistant attorney general, said in a hearing in June. “The obligation lies on him to bring his book in line with the contractual obligations he assumed.” 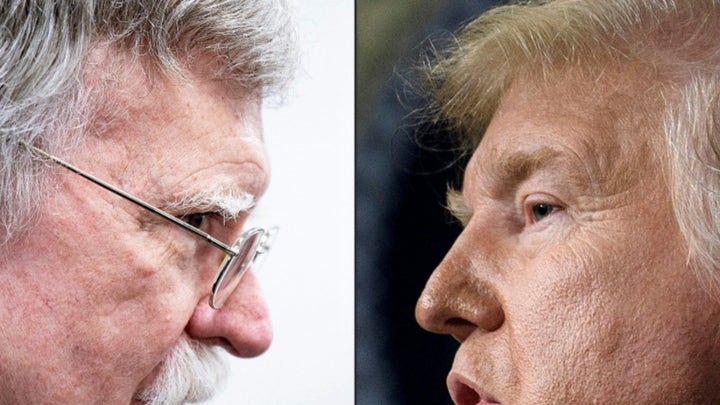 Bolton has denied that the book includes any classified material, telling Fox News in June that he was “convinced” he didn’t put anything that could be considered classified in the book, which he said went through a pre-publication process.

“At the end of it,” Bolton said, referring to the pre-publication process, “the career official responsible for the review had concluded there was no classified information.

“What we’ve got here was signaled by the president months ago,” Bolton said in June. “He said, ‘I don’t want this book out before the election,’ and I think that’s what his aides tried to do.”

Bolton, during the interview, added: “Let me be clear to the people. There is nothing in this book that Donald Trump fears foreign governments reading. What he fears is the American people reading it.”

Meanwhile, President Trump, in June, slammed Bolton as a "washed up Creepster," and claimed he should be "in jail."

“Washed up Creepster John Bolton is a lowlife who should be in jail, money seized, for disseminating, for profit, highly Classified information,” Trump tweeted in June, as the book hit the shelves."