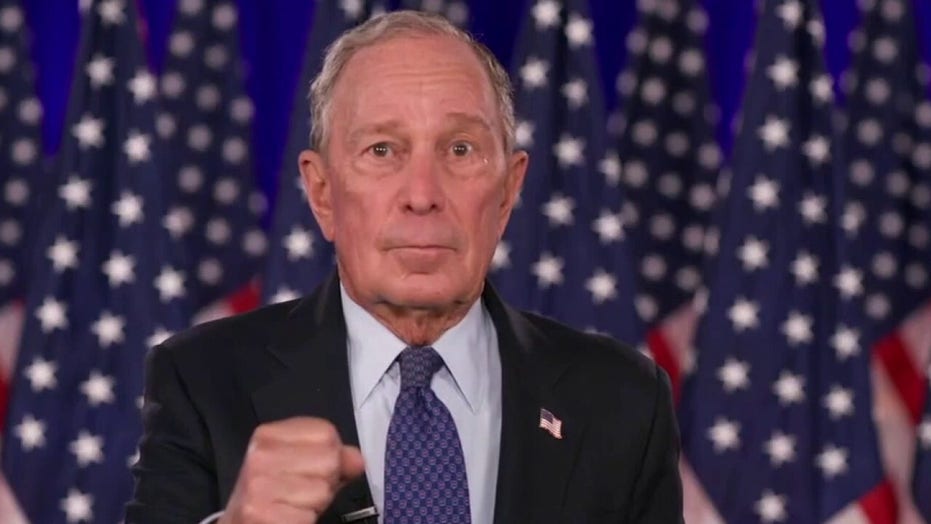 The top super-PAC backing Democratic presidential nominee Joe Biden is using an infusion of cash from multibillionaire business and media mogul Mike Bloomberg to go up with new TV commercials in the crucial general election state of Florida.

Priorities USA announced on Thursday that they’re buying a week’s worth of ad time on statewide broadcast television in Florida - thanks to a $5.4 million donation from Bloomberg.

The infusion of money is part of the $100 million investment in the Sunshine State that the former New York City mayor and 2020 Democratic presidential nomination contender announced on Monday as part of his efforts to help elect Biden and defeat President Trump in November’s general election.

The super PAC says that their spots will start running on TV in all 10 of Florida’s media markets starting Friday. And Bloomberg officials tell Fox News that the donation to Priorities USA this week is the first distribution of the $100 million donation.

“If Joe Biden wins Florida, he wins the election. Mike Bloomberg's support means we can continue the important work of connecting with Florida voters to hold Donald Trump accountable for his utter failure in combating the coronavirus,” Priorities USA Chairman Guy Cecil said. "The stakes have never been higher and we are fortunate to have Mike Bloomberg as a partner and are looking forward to continuing to work together in this fight to elect Joe Biden.”

Priorities USA said overall it’s invested $12.5 million in Florida to run digital and television ads in both English and Spanish.

With 29 electoral votes up for grabs, Florida’s the largest of the traditional general election battlegrounds.

Biden has a slight 1.6 point edge in Florida, according to an average of all the latest public opinion surveys in the state compiled by Real Clear Politics. That’s down from a 5-point advantage the former vice president held over the GOP incumbent a month ago.

Four years ago, Trump narrowly edged 2016 Democratic nominee Hillary Clinton in the state to capture the state, a big boost as he crushed Clinton in the Electoral College count to win the White House.

Biden on Tuesday made his first visit to Florida as a general election nominee.

Even before the infusion of Bloomberg money to outside groups backing the former vice president, Biden's campaign had been dramatically outspending the Trump team to run ads in Florida and other key battlegrounds.