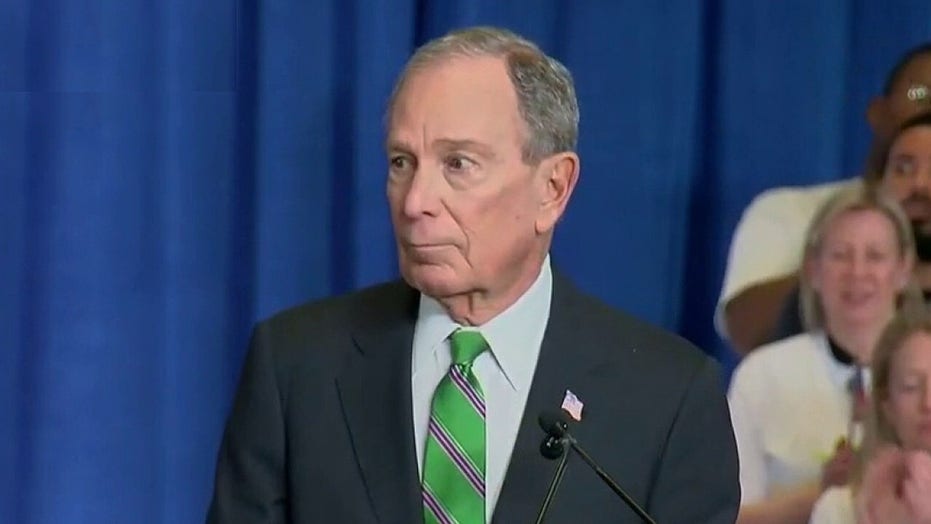 Mike Bloomberg speaks after dropping out of 2020 race: I've no doubt we would have beaten Trump in November

Former New York City Mayor Mike Bloomberg vowed on Wednesday to throw his full support behind former Vice President Joe Biden's campaign, saying he wouldn't "walk away" from Democrats' effort to unseat President Trump in November -- raising the prospect that the liberal billionaire's vast fortune could still play a role in the presidential race even after his crushing defeat on Super Tuesday.

Bloomberg, who announced that he was withdrawing from the race, said it was "clear" that Biden was the best candidate remaining and that he was "clear-eyed" about his objective.

"After yesterday's results, the delegate math had become virtually impossible, and a viable path to the nomination just no longer existed," Bloomberg said, "and I will not be our party's nominee. But I will not walk away from the most important political fight of my life, and I hope you won't walk away either."

Bloomberg added: "I'm glad to say I endorse Joe Biden and I hope you will join me in working to make him the next president of the United States of America."

LATEST DELEGATE NUMBERS -- WHO IS AHEAD?

Bloomberg began his remarks by thanking his supporters for their work during his three-month-long campaign. He spent more than $500 million of his own money on the effort, which came up well short: With votes still being counted across the country, The Associated Press has allocated 566 delegates to Biden, 501 to Sen. Bernie Sanders, 61 to Sen. Elizabeth Warren, and 53 to Bloomberg.

"I want to say how grateful I am to everyone who has been a part of our team," Bloomberg told cheering supporters. "I'm just telling you, the American public should be saying 'thank you' to you as well. You really made history. No campaign has ever accomplished as much as you did in such a short period of time."

In a rare show of emotion, Bloomberg seemed to become tearful when closing his speech with a rallying cry for his supporters to protect the “light of freedom, light of liberty, light of equality and light of opportunity.”

“No wall can block out that light,” he said, adding: “We will not allow any president to dim that light. Together we will get it done.”

As Bloomberg finished speaking, Trump wasted no time in underscoring the magnitude of his defeat.

"Pandering Mini Mike Bloomberg, along with his wacky friend, Tom Steyer, have found out the hard way that you can’t buy the election!" Trump wrote. "They both wish they had it to do over again!"

The fight ahead for the nomination could be bruising for the Democratic Party. Sanders lashed back in a Wednesday news conference in Vermont, declaring himself in a “neck-and-neck” race with Biden, despite the former vice president's overwhelming support from the Democratic establishment.

“What this campaign I think is increasingly about is, 'Which side are you on?'" Sanders said. “There has never been a campaign in recent history which has taken on the entire political establishment. That is an establishment that is working frantically to try to defeat us.”