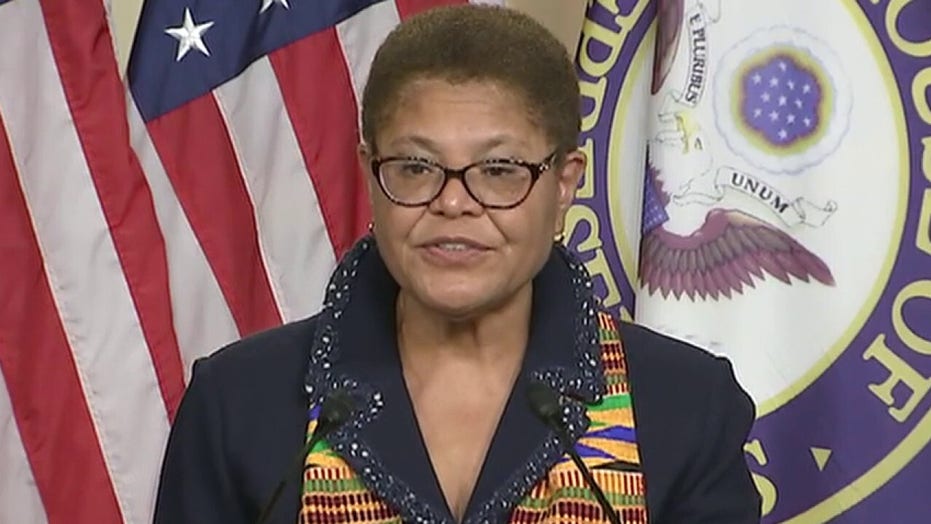 Congressional Democrats' attempts to look woke appeared to backfire on them Monday when a series of black Twitter users accused them of cultural appropriation.

"Excuse me, dear Democrats," she said. "In your tokenism, you didn't wait to find out that this thing that you're hanging around your neck is not just some African uniform -- it's actually the kente material. The kente belongs to the Ghanaian people, mainly the Ashanti tribe.

EX-WARREN SURROGATE BLASTS WHITE DEMOCRATS FOR KNEELING IN AFRICAN CLOTH: 'THIS HAS TO BE HELL'

"Excuse me, Democrats," she continued. "Don't treat Africans like we're children. These fabrics and these colorful things that we have within our culture and tradition, they all mean something to us. I know you look at us and you say, 'Oh, Africans are so cute in all of your colorful dresses.' Well, some of those dresses and patterns and colors and fabrics actually do mean something to us."

Ekeocha went on to ask why Democrats were using the cloth for their "own show of non-racism."

"How is this not cultural appropriation?" he asked, alongside a photo of House Majority Leader Steny Hoyer, D-Md.

AFRICAN-AMERICAN CONSERVATIVE TAKES ON 'TOXIC' NARRATIVE ABOUT POLICING IN AMERICA

Frederick Joseph, a former surrogate for Sen. Elizabeth Warren, D-Mass., laid out a series of criticisms for Democrats. He took special aim at House Speaker Nancy Pelosi, D-Calif., and Senate Minority Leader Chuck Schumer, D-N.Y., who knelt in the Capitol Visitor Center while wearing the cloth.

"If anyone can’t understand why Nancy Pelosi, Chuck Schumer, and them dressed up like they’re trying to sneak into Wakanda is disrespectful and appropriative you have a great deal to learn," he said, referring to the fictional land where Marvel's "Black Panther" takes place.

Others, including Fox Nation host David Webb, piled on as well.

The kneeling served as an effort to memorialize George Floyd, whose death on May 25 has provoked mass protests around the country.

The kneeling also referenced an ongoing protest trend harkening back to former NFL player Colin Kaepernick and his demonstrations during the national anthem. Pelosi said on Monday that members of Congress would be kneeling in a place where they typically recited the Pledge of Allegiance.

Democrats unveiled sweeping new legislation Monday that, if passed, aims to increase accountability of police officers by banning certain practices and significantly curbing immunity from legal consequences for acts committed in the line of duty.