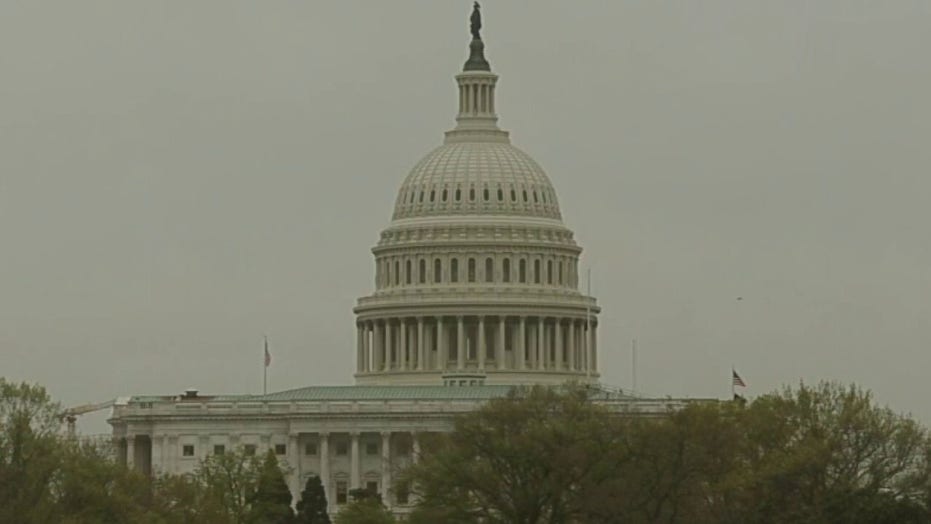 EXCLUSIVE: After spending weeks diving into coronavirus issues over video conferencing, a bipartisan group of 50 House members has crafted a plan for what's needed to reopen the economy safely and help businesses recover from crippling mandatory shutdowns.

Fox News got an exclusive first look at the Problem Solvers Caucus plan that outlines specific public health, economic recovery and long-term stimulus plans the group wants Congress and President Trump to embrace as the nation tries to emerge from weekslong quarantines and growing mass layoffs.

"The bottom line is people I think are eager for a checklist. They want to understand what we think it takes to get everything moving again," Rep. Josh Gottheimer, D-N.J., co-chair of the Problem Solvers Caucus, told Fox News.

The Problem Solvers Caucus on Monday will unveil publicly its "Back to Work" checklist that is poised to be an influential framework in Washington in future rounds of coronavirus relief packages. The plan got the green light from the group of pragmatic lawmakers determined to deliver Americans some relief.

"What this checklist does is it shows that if you're sincere and you want to put partisan politics aside ... you can actually roll up your sleeves and you can find some common ground that makes a lot of good common sense," Rep. Tom Reed, R-N.Y., co-chair of the Problem Solvers Caucus, told Fox News. "It also shows that you can get the necessary votes at 218 and 60 to get it done [in the House and Senate.]"

TRUMP UNVEILS CORONAVIRUS GUIDELINES FOR ROLLING BACK SOCIAL DISTANCING IN PHASES: ‘NEXT FRONT IN OUR WAR’

The White House already released its plan for a three-phased gradual opening led by states, but it was panned by some governors and Speaker Nancy Pelosi as being too vague and not stressing mass rapid testing and contact tracing.

But at the top of the list for bipartisan lawmakers' checklist is the importance of rapid mass COVID-19 testing -- at a scale that could be upwards of five times greater than what's currently happening. The Problem Solvers Caucus checklist calls for establishing a federal contact tracing database, similar to how the federal government already tracks measles. 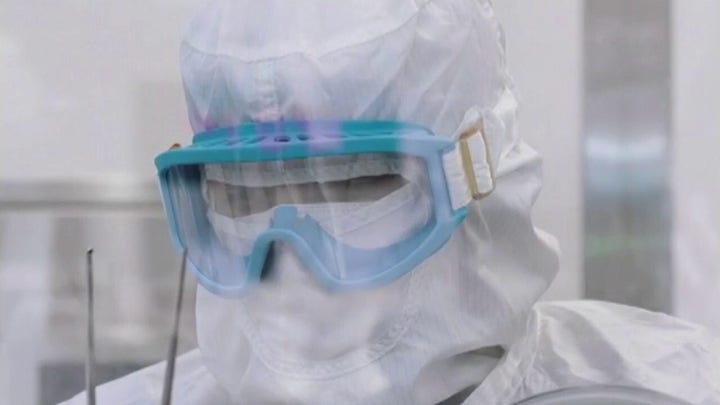 The lawmakers say the supply chain for personal protective gear also needs to ramp up to cover workers in all essential sectors, from food service to schools. Their checklist calls for all K-12 children and teachers having access to protective masks to return to school.

"In the short run, we need to do it to get our schools back open," Gottheimer said of having teachers and students wear masks. "That's part of the precaution we're going to have to take. If you're in an area in New York and New Jersey that's been hit hardest, we want to take every precaution."

Operating under the principle that a vaccine likely won't be available for at least another year, lawmakers say they needed to look at establishing a "new normal" in American society of regularly wearing protective gear as regions and states slowly get back to work. While acknowledging regional and economic differences, the plan sets national benchmarks that must be met to reopen the United States, which has been hard hit with at least 22 million new layoffs and more than 750,000 COVID-19 infections. The lawmakers recommend re-configuring business layouts for social distancing, ramping up cleaning and sanitizing public spaces and workplaces, and adopting data-driving benchmarks that will trigger the Department of Homeland Security to implement travel restrictions to and from infected countries.

In terms of economic recovery, the Problem Solvers Caucus says the U.S. needs to establish new supply chains for manufactured goods, including pharmaceuticals and medical supplies, and give financial incentives to bring overseas manufacturers back to the United States. 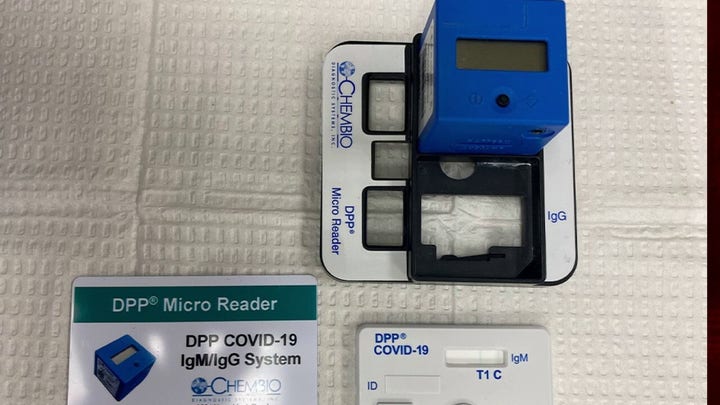 The plan calls for more business help, with expanding low-interest loans and tax incentives to businesses that were forced to close under stay-at-home orders. The lawmakers also want more federal aid to the agricultural sector to shore up food supplies.

And in a nod to calls from the progressive left, the Problem Solvers are calling for nationwide help for mortgage and rent payments. “We must find a way to afford relief, either through long-term loans, rental relief, forgiveness, or temporary forbearance for renters and homeowners, while, at the same time, ensuring liquidity of related lenders and landlords," the checklist states to help stabilize the commercial, retail and homeownership markets.

The plan calls for real-time reporting mechanisms to share data on hospital capacity and supplies, coordinating regional and national health care workers for deployment to hot zones, shoring up supplies needed for a vaccine and therapeutic treatments and more federal money for the healthcare sector, states and local governments.

Longer term, the 50 lawmakers say the federal government will need to pass a substantial stimulus plan to restart the economy that should include a “historic investment in our nation’s infrastructure.”

The 50 members are equally divided between Republicans and Democrats. Any proposal must win the support of 75 percent of the membership to be adopted and this plan comfortably cleared the hurdle, the leaders said, proving it can get passed in Congress.

"If we can get to 75 percent-plus consensus, that's a pretty good indication that these are solid ideas substantively that can bring people together," Reed said.

While dealing with the coronavirus response in their own districts, the Problem Solvers members continued to meet as a caucus through video meetings to draft the plan, consult with senators and speak with experts, including former Food and Drug Administration Commissioner Dr. Scott Gottlieb.

"What this proposal is doing is really trying to lay some groundwork. We need to do a better job of looking over the horizon and around the corners," Reed said. "And I'll tell you we've learned so much over the last four weeks." 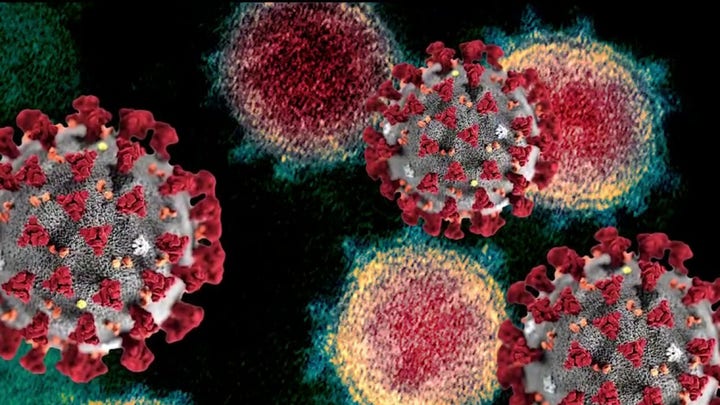 A main public health priority the bipartisan lawmakers have emphasized is rapid testing for diagnosing COVID-19 and also serological testing to see who has developed antibodies. They will require the FDA to continue to approve testing methods and for companies to ramp up production to hit the benchmark.

Reed and Gottheimer together set the goal at 750,000 tests per day in an earlier op-ed -- although Monday's plan doesn't name a specific figure. Currently, the U.S. is testing on average about 150,000 people a day, according to data from the COVID Tracking Project, which means much more work needs to be done for the U.S. to safely meet the goals to reopen the economy.

"The overall point is that we need to have testing," said Gottheimer, who is also a member of the new White House congressional task force on reopening the economy. "It's critical to be able to fully reopen."

The proposal now heads to congressional leadership and Trump to help guide the process. Some of the requirements could need executive and agency action, while others need congressional support.  Their goal is to set out a framework for governing and give the American people a road map for the recovery.

"We're going through this crisis for the next two years -- by the time you get to a vaccine and the economic recovery," Reed said, in explaining the immediate, short-term and longer-term goals of the plan.

"There's all different pieces to this at the state and federal, and local level that we're hoping this has an impact on," added Gottheimer. "And my hope is that this is used as a checklist for others ... and as a way for people to feel comfortable that we actually are making important progress in this country [and] that we are moving toward getting back to work, which is absolutely essential as long as it's done safely."