Guy Williams, who has worked in the pipeline industry for 53 years, reacts to the president’s executive order on ‘Fox &amp; Friends.’

President Biden climate advisor Gina McCarthy said Wednesday that the administration is "not asking for sacrifice" with its executive order to shut down construction of the Keystone XL pipeline.

According to the Keystone XL website, the project, initially proposed more than a decade ago, would have sustained about 11,000 U.S. jobs in 2021 – including 8,000 union jobs – and generated $1.6 billion in gross wages.

"The most exciting thing about this is we're not asking for sacrifice here," McCarthy said during a Wednesday interview on NBC's "TODAY Show." "The president fully understands that people are suffering now. So this all about recovering from the COVID crisis. This all about building good, clean jobs, jobs where you can get access to jobs to good pay and unions."

She continued: "This is all about investing in the infrastructure we need to build that future that is going to get us to clean electricity and net-zero in 2050. This is about promises he made that he's gonna keep."

McCarthy called climate change "one of the biggest threats of our lifetime," adding that the issue needs to be addressed by the "power of the whole federal government" and through the administration's commitment to the Paris Climate Agreement.

Biden's $2 trillion clean energy infrastructure plan, with its goal of reaching net-zero emissions by 2050 at the latest, aims to "create millions of good-paying jobs that provide workers with the choice to join a union and bargain collectively with their employers," according to his website.

Gina Raimondo, Biden's nominee for secretary of commerce, said during a Tuesday confirmation hearing before the Senate that the Biden administration will ensure union workers who lost jobs due to the blocking of the XL pipeline will get new jobs.

"We're going to get you to work," Raimondo said in response to a question from Sen. Ted Cruz, R-Texas. "I would say that climate change is a threat to all of us and that we will make sure that you have jobs, that you have the skills you need to have a job, and by the way as we meet the needs of climate change, there will be many jobs created, good-paying jobs, union jobs."

Raimondo added that if she is chosen as Biden's Commerce Secretary she will "fight every single day for every American to have a decent paying job and a chance to compete."

Some oil workers have already criticized the administration's decision to revoke the XL pipeline's permit as a job-killer.

Neal Crabtree, a welding foreman who began working on pipeline construction as an apprentice in 1997, was dismayed when he heard the news. 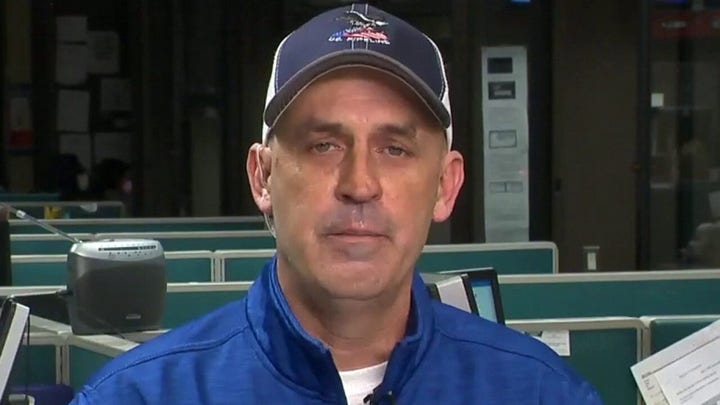 A member of Pipeliners Local Union 798, one of four unions whose members will be left without work due to the pipeline’s cancellation, the 46-year-old welder from Arkansas was among the first to be laid off following the order. At the time the cross-border permits for the pipeline were rescinded, he and his team were in Nebraska working on a pump station for Keystone XL.

In a Facebook post from the Wednesday, Crabtree wrote he felt "a sick feeling in my stomach and an aching in my heart," and admitted to breaking down and crying in his truck after laying off his team.

"Just like the rest of the country, COVID hurt us bad. We had a lot of projects canceled," Crabtree said in an interview with Fox News. "We've got guys that haven't worked in months, and in some cases years, and to have a project of this magnitude canceled, it's going to hurt a lot of people, a lot of families, a lot of communities."