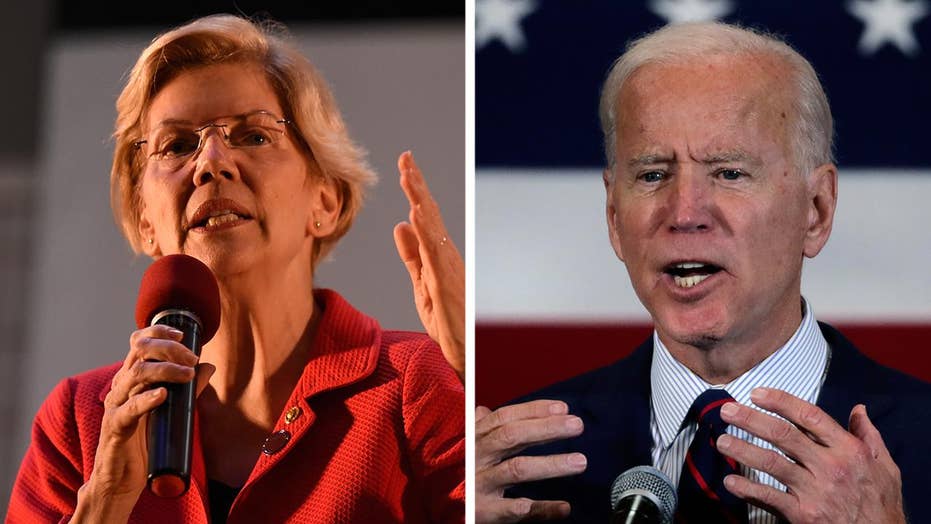 That’s the same line the former vice president used a day earlier – to a rousing standing ovation – as Biden, for the first time, unequivocally called for the impeachment of Trump.

While the president has been front-and-center in the Ukraine controversy that sparked House Democrats to launch an impeachment inquiry into Trump, Biden’s another key player, and with the impeachment push overshadowing the 2020 White House race, the Democrat has grabbed outsized attention over his rivals for the presidential nomination.

It’s a double-edged sword for the former vice president, with Trump’s allegations against Biden’s own Ukraine connection also in the spotlight.

Biden on Wednesday launched a forceful attack on the president – coming from a candidate who in recent weeks was anything but aggressive in calling for Trump’s impeachment, unlike most of his 2020 rivals.

“We all laughed when he said he could stand in the middle of Fifth Avenue and shoot someone and get away with it. It’s no joke,” Biden emphasized during two speeches in New Hampshire. “He’s shooting holes in the Constitution, and we cannot let him get away with it.”

Biden’s announcement came one day after the White House vowed not to play ball with the House Democrats’ impeachment inquiry, but it also came as the former vice president lost his polling status as the unrivaled front-runner. Biden’s neck-and-neck with Sen. Elizabeth Warren of Massachusetts for the top spot in most of the recent national and early-voting-state surveys, although he held a lead in the latest Fox News Poll. 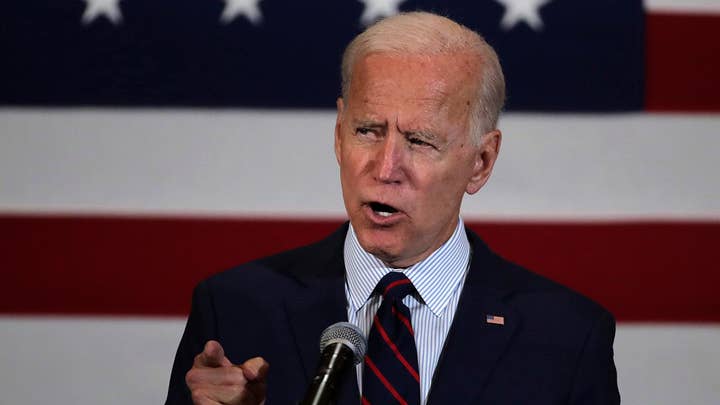 And, Biden was left in the dust in the race for campaign cash, with both Warren and Sen. Bernie Sanders of Vermont each topping him by roughly $10 million in the July-September third quarter of fundraising.

With those setbacks in mind, the unveiling of the more aggressive, in-your-face approach by Biden has been seen as considerably timely.

“It gets his sea legs under him,” noted Larry Rasky, a longtime Biden friend, adviser and fundraiser. “It gives everybody more energy.”

He added that donors “are happy to see Biden taking on the fight with intensity.”

Biden, in his speeches, taunted the president, claiming “he’s afraid of just how badly I will beat him next November.”

Veteran Democratic consultant and communications strategist Lynda Tran noted that such swagger would resonate with voters. She also said the Ukraine controversy put the spotlight on foreign relations, a wheelhouse for the former vice president.

“His remarks yesterday came across as an ‘enough is enough’ call to action and reminder to the American electorate of the fighter and statesman they have long known,” said Tran, who ran communications for the Obama-era grassroots group Organizing for America and was a founding partner of the communications firm 270 Strategies.

The impeachment inquiry was sparked by Trump’s July 25 call with Ukrainian President Volodymyr Zelensky, in which he asked Zelensky to investigate Biden and his son Hunter over their dealings in the eastern European country. Fueled by whistleblower complaints and a transcript of the call released by the White House, Democrats argued the president was asking a foreign country to interfere in a U.S. election.

Adding to the controversy was the fact that before that phone call, millions in U.S. military aid to Ukraine was put on hold. Despite allegations that Trump was using that money as leverage, Trump has insisted repeatedly that he did nothing wrong. He said there was no "quid pro quo" and on numerous occasions has described his conversation with the Ukrainian leader as “perfect.”

The president and allies instead have tried to put the spotlight on Biden and his son.

Hunter Biden served on the board of a Ukrainian energy company while his father was vice president. Trump and fellow Republicans have questioned how Biden pushed in 2016 for the dismissal of a Ukrainian prosecutor who was looking into corruption at the company. The prosecutor – who had faced widespread accusations of overlooking corruption in his own office – later was dismissed.

Biden, defending his actions in Ukraine, said, “there’s no truth to [Trump's] charges and attacks against me and my son. Zero.” 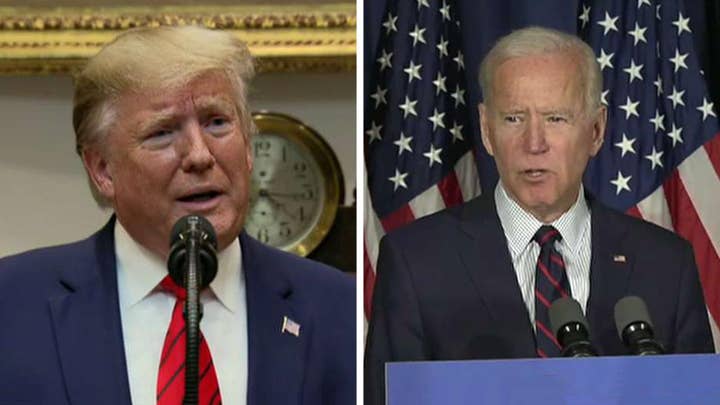 Biden also accused the president of throwing “lies and distortions and smears” at him and his son, “because he thinks he’ll undermine my candidacy for the nomination as well as the presidency if I am the nominee.”

While the Fox News national poll released Wednesday indicated that a majority said the president should be impeached and removed from office, Biden has faced warning signs of his own.

Thirty-six percent questioned in the survey said they found the Trump allegations against Biden extremely or very troubling. That included 34 percent of independents and even 24 percent of Democrats.

Longtime Republican strategist Colin Reed highlighted that “the discussion involving Ukraine is going to involve a continued focus on why Hunter Biden was being paid $50,000 a month to sit on the board of an energy company with him having absolutely no expertise in that area.”

Reed emphasized, “I think that crony capitalism does not sit well with voters in the center, right or left.”

And, Biden’s increased criticism aimed at the president likely will incite further attacks from Trump.

While the former vice president was speaking in New Hampshire, the president took to Twitter to return fire.